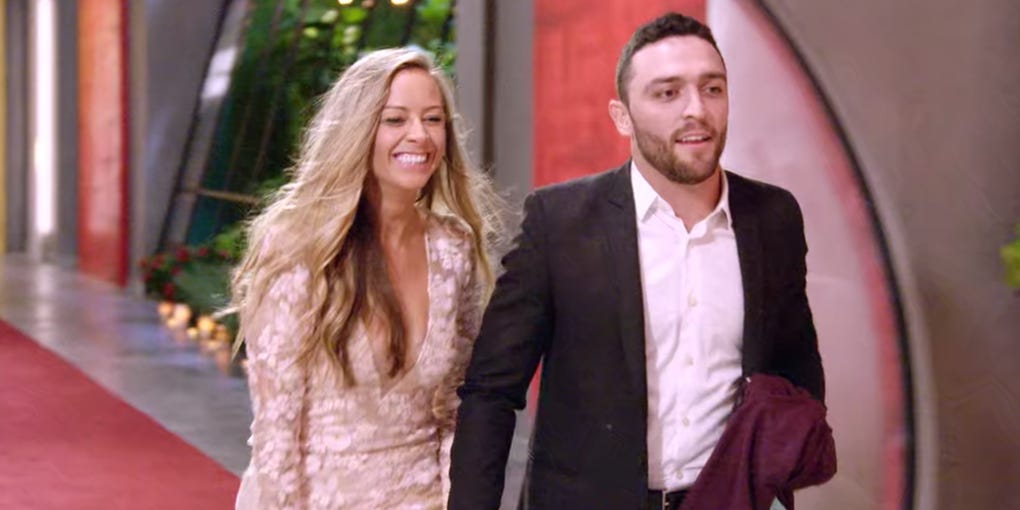 Mark and Jessica, a couple on "Love is Blind," spend much of their time on the new hit Netflix show agonizing about the 10-year age gap between them.

When they met on the set of the reality show — which challenges 30 men and women to fall in love without seeing people they are dating — they had an instant connection.

They spent much of their first speed-dating session talking about their shared love for the Chicago Cubs and Illinois.

But conversation quickly turned to the fact that Jessica is 34, and Mark is 24.

The two did manage to overcome the stigma, and they even got engaged. But for many people interested in dating someone significantly older or younger, the judgment the face from other people can be too much.

One of the first questions Nelson recommends people ask themselves before engaging in a relationship with a large age gap is what the reason might be.

While many couples genuinely connect on a personality and emotional level, there might be underlying factors as to why someone might be seeking out a significantly older or younger partner.

According to Nelson, one of these factors may be a second adolescence for the older partner — or a period of time in which an older person may reenact behaviors from their teenage years or twenties. While not necessarily a deal breaker for the relationship, a partner going through second adolescence can come with their challenges.

"This kind of relationship, a young person with a second-wave adolescent, can work out fine, unless the new, younger partner grows tired of dating a grown-up man-child — or an immature child-wife," Nelson said.

Because of the variety of personalities, circumstances, and maturity levels people have, setting a particular age limit to an age gap as "red flag" can be impossible. But according to Nelson, while there is no true age limit to dating between consenting adults, a 10-year age difference can mean partners grew up in different generations.

"They listened to different music, came of age under different presidents, and have different references for their jokes," Nelson told Insider. "Although this might seem interesting at first, it can feel isolating and lonely when they each feel misunderstood and like they have nothing in common."

Wright echoed a similar sentiment, but said communication about any concerns about how the age gap might impact the internal workings of the relationship is key.

"Talk about the age difference. Talk about how the age gap could affect your present and future (if you want a future with this person)," Wright said. "You can also talk about concerns other people may have based on societal misconceptions and how you want to address them together."

There is no real red flag age gap but it's important to think about why you might be dating someone far older or younger.

Ultimately, whether or not an age gap is appropriate for people in a relationship depends on the needs and dynamic between the partners involved. The best thing people can do according to Nelson is to consider the possible reasons as to why you're dating someone.

"Think about why you are interested in someone so far out of your own age range, before you get too invested in the relationship," Nelson said. "It doesn't always work out and there are reasons why."

Wright said the only age gap that is a red flag is one that makes people feel disconnected from their partner.

"The only age gap that is 'too big' is one where you, as the person entering into the relationship, don't feel connected or can't relate to the person you're with," Wright said. "That's it. It's no one else's decision."