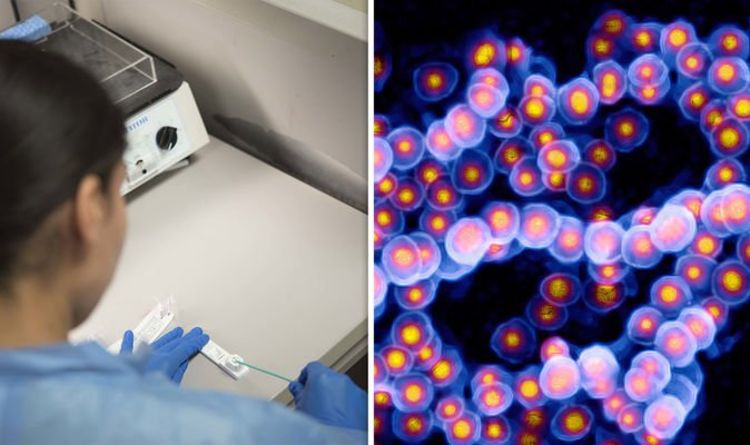 Outbreak of the rare bacterial infection, known as iGAS, hit Braintree with cases being found in Maldon and Chelmsford, according to a report by the Mid Essex Clinical Commissioning Group (CCG). Elderly people in care homes are at risk of contracting the infection, with the cause thought to be linked to the changing of wound dressings. Sky News correspondent Paul Kelso said: “32 people have been infected with invasive group A streptococcus, iGAS as they call it, 12 of whom have died.

“There was one case back in 2018 which appears not to be related to this outbreak which began in February and March. Braintree, Chelmsford and Maldon are some of the places in Essex where these infections have taken place.

“They’re not hospital based, these are people in care homes or in their own homes. They’re described as all being vulnerable, many of them elderly, and it appears that a cause may be the changing of wound dressings.

“And somehow this bacteria which some people may not even know they have, if you’re well and healthy, if it gets into the bloodstream it can be lethal, as has been the case here.”

Rachel Hearn, Director of Nursing at Essex’s CCG, said in a statement: “Our thoughts are with the families of those patients who have died.

READ MORE: Bacteria outbreak leaves 12 dead in Essex: What is it? What are the symptoms?

“The NHS in Essex is working closely with Public Health England and other partners to manage this local incident, and extra infection control measures have been put in place to prevent the infection spreading in the area.

“The risk of contracting iGAS is very low for the vast majority of people and treatment with antibiotics is very effective if started early.

“We will continue to work with our partners in Public Health England to investigate how this outbreak occurred and take every possible step to ensure our local community is protected.”

Mr Kelso pointed out: “What is notable here though is Public health England’s local directive in the area has said they can’t rule out further infections and, indeed, potentially not rule out further fatalities.

“So while they have identified it, it’s not under control.”

The bacteria, which normally lives harmlessly on the skin, nose or mouth but can invade the body’s bloodstream and release poisonous toxins.

Streptococcal infections can be major or minor – minor infections include throat infections.

Type 2 diabetes: The ‘unusual smell’ you shouldn’t ignore – are you at risk? [VIDEO]

Staphylococcal infections can include impetigo, boils but can also include sepsis, TSS and pneumonia.

The CCG said the cases diagnosed in Basildon in 2018 and Southend in February currently appear to have “no direct link between these cases”.

Hundreds of people have been swabbed and community staff working for adult services providers have been given antibiotic treatment as a precaution.