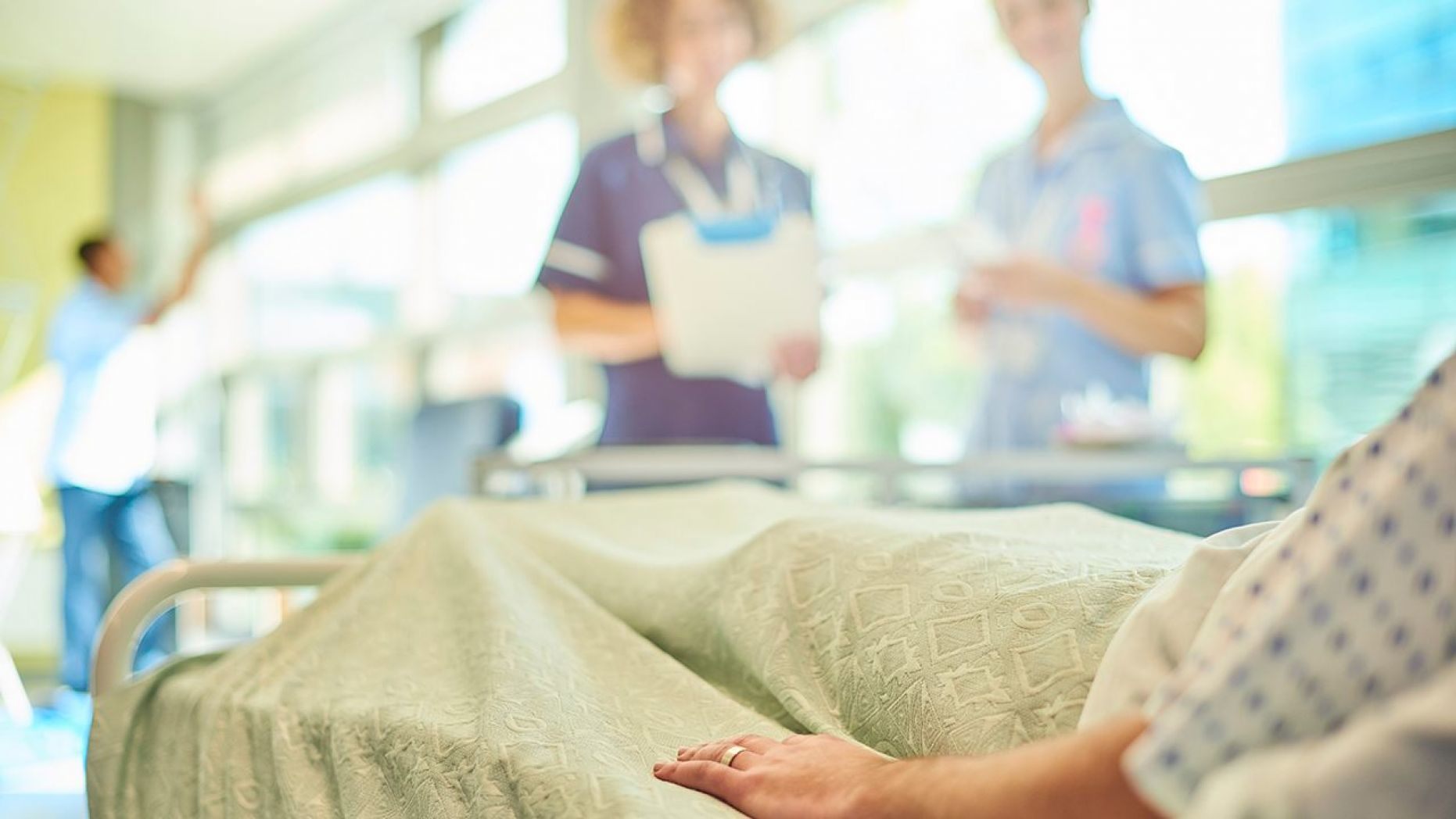 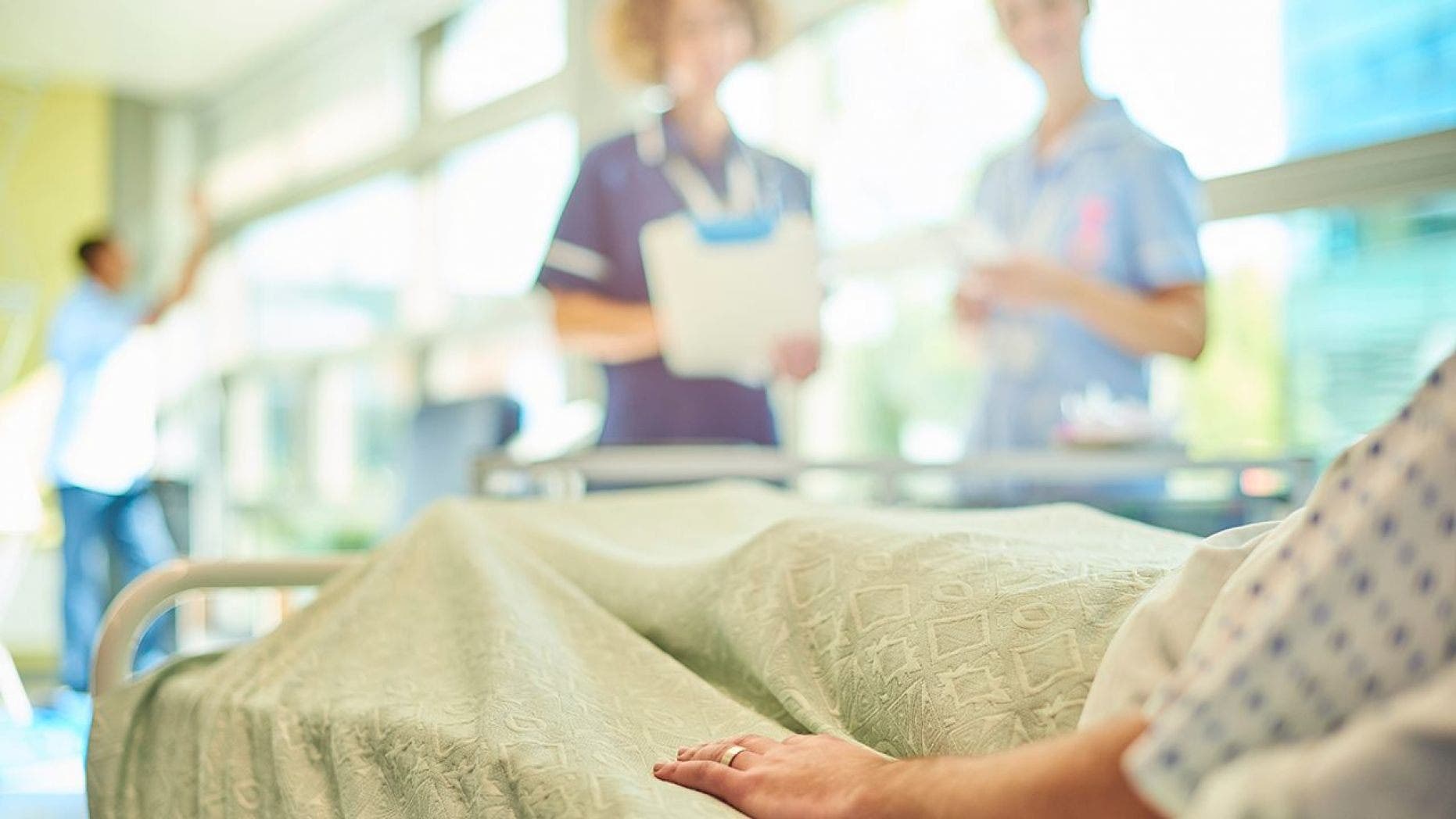 A Pennsylvania mom says she was diagnosed with stage 3 colorectal cancer not long after giving birth to her daughter.
(iStock)

A Pennsylvania mom said she was diagnosed with stage 3 colon cancer just weeks after giving birth to her first daughter.

In 2015, Lauren Ricottone, of Philadelphia, was urged by her husband, Chris, to schedule a colonoscopy after she noticed droplets of blood while using the restroom.

She eventually agreed, but on the day of the scheduled procedure Ricottone, now 37, was informed she was pregnant.

“I went through all the preparation for the procedure, including a pregnancy test,” the mother-of-two told Yahoo Lifestyle. “But just as I was getting ready to have anesthesia, the results came in: I was pregnant.”

To ensure the safety of her unborn child, Ricottone decided to put off the test. Months later, in January of 2016, she gave birth to a healthy girl she and Chris named Charlie Elizabeth.

But just two weeks later, Ricottone began having serious health complications, telling Yahoo Lifestyle that she went to the bathroom and “suddenly there was blood everywhere, from both my rectum and vagina.”

“I was so dizzy and weak I could barely stand,” she added.

As most would likely assume, Ricottone first thought she was having post-delivery complications or possibly had hemorrhoids, which would explain the bleeding. But after undergoing a colonoscopy, she would soon be informed of a much graver diagnosis: stage 3B colorectal cancer. According to the Cancer Treatment Centers of America, stage 3B is diagnosed when cancer has grown into or through the outermost layer of the colon or rectum and may have spread into nearby organs or tissues. It also means the cancer has spread to up to three lymph nodes near the primary site, but has not spread to distant organs.

“Even after getting the news, I was in total shock. I didn’t cry — I was in total disbelief. I was so young, and I had no family history of colon cancer. It just didn’t seem possible.”

“When I woke up from the procedure, the nurse gave me a big hug and told me she was getting my husband, which I thought was weird,” Ricottone said. “Even after getting the news, I was in total shock. I didn’t cry — I was in total disbelief. I was so young, and I had no family history of colon cancer. It just didn’t seem possible.”

The new mom then underwent surgery to remove the tumor in her colon, which Ricottone claims her surgeon said was so large “it would have perforated my intestine within days.”

Ricottone’s surgery was followed by six months of chemotherapy, which ended in February of 2017. Not long after, the 37-year-old was admitted to the emergency room for a stomach virus. And during her time in the hospital, Ricottone was again informed she was pregnant — this time with a boy.

“I hadn’t ever gotten my period back, but I had just assumed that the chemotherapy had put me into premature menopause,” she said.

At that time, Ricottone was still undergoing CT scans to ensure that the cancer had not returned. She chose to put any future CT scans on hold until she gave birth. In September 2017, roughly a month after giving birth to her son Michael, a scan revealed that the cancer had spread to her lungs.

“Here I was again, with a newborn and a cancer diagnosis,” she said, adding family and friends helped the family with “around the clock care.”

Following at least one surgery and more chemotherapy treatment, Ricottone achieved remission, where she has remained for 16 months, according to Yahoo Lifestyle.

Symptoms of colon cancer typically include rectal bleeding, weakness or fatigue, unexplained weight loss and “persistent abdominal discomfort,” among other signs, according to the Mayo Clinic.

Though the majority of people diagnosed with this type of cancer are typically 50 or older, a 2017 study published in the Journal of the National Cancer Institute found that colon cancer and rectal cancer are “occurring at an increasing rate among young and middle-aged adults in the U.S.,” according to the American Cancer Society, which led the study. In response, the society lowered its recommended age for a colorectal cancer screening from 50 to 45.

MOM DIAGNOSED WITH COLON CANCER URGES OTHERS TO GET SCREENED EARLY

“Even some physicians will brush off bleeding in a 30-year-old as hemorrhoids. But it should still always be checked out with a colonoscopy,” she said.

Ricottone added: “I have so much to live for — every time I come home from work and see my kids so healthy and happy, it motivates me to keep fighting.”