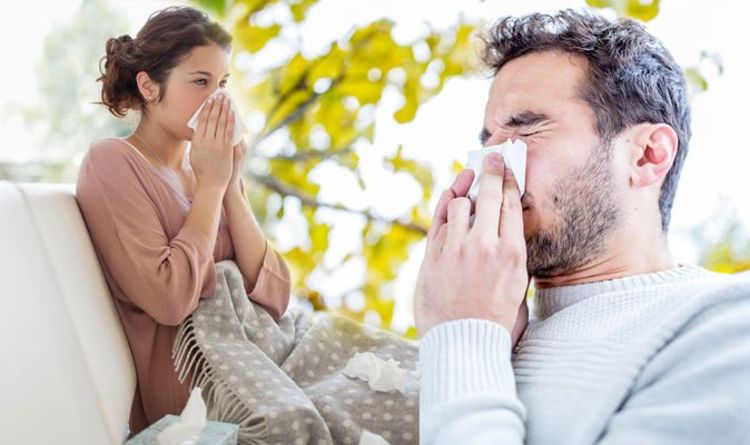 The Met Office warned areas such as Yorkshire and Humber, North West England, Northern Ireland, East and West Midlands, Wales, East of England, London and South East and South West England all have very high grass pollen risk. Weed pollen will be very high for these areas and fungal spores. The Met Office warned asthma sufferers to be prepared and these conditions will continue throughout the weekend. North England and Scotland will experience medium to high pollen levels.

For most people, hay fever is a relatively mild, temporary irritation when the allergen counts are particularly high.

Symptoms usually respond to antihistamine tablets, available over the counter at pharmacies, which can reduce the body’s reaction to allergens, providing relief within under an hour.

If this doesn’t do the job, add in a mild steroid nasal spray such as OTC Beconase. It takes a few days to reduce the inflammation in the nasal passages, so you won’t see an instant improvement, but the effect lasts longer.

There are also stronger versions which can be prescribed by your GP.

Runny eyes usually improve with these treatments, but if not another OTC preparation, sodium cromoglicate (such as Opticrom eye drops), can be added to soothe and reduce redness, irritation and streaming.

Other tips include putting Vaseline around your nose to trap pollen, showering or changing clothes when you have been outdoors, and vacuuming and dusting frequently. 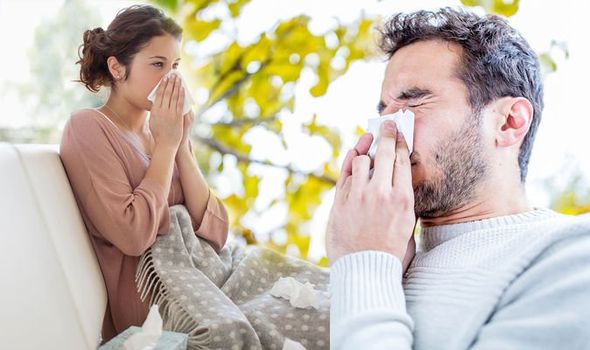 Hyposensitisation, now known as allergen-specific immunotherapy, can reduce symptoms but is a three-year process.

Doctors inject you with the substances that cause the allergy until your body eventually stops overreacting to them.

Alternatively, a daily pill version containing freeze-dried pollen is being researched by Imperial College London and the Royal Brompton Hospital among other institutions.

Probiotics containing live bacteria, such as bifidobacteria and lactobacillus, are also increasingly being used to curb the immune system so that it doesn’t overreact to allergens.

In a study at the University of Florida, those who took probiotics reported improvements in their symptoms, compared to those taking a placebo pill.

Hay fever is an allergic reaction to pollen, typically when it comes into contact with the mouth , nose, eyes and throat. 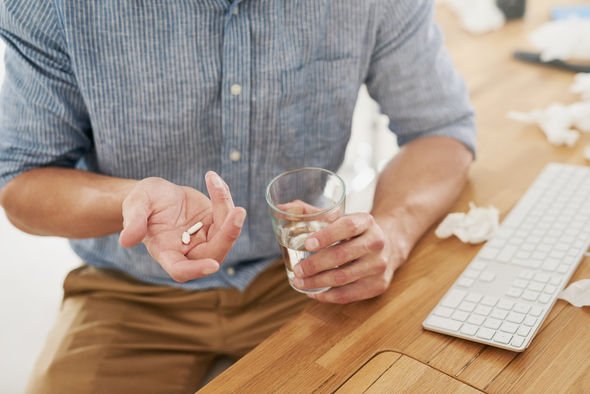 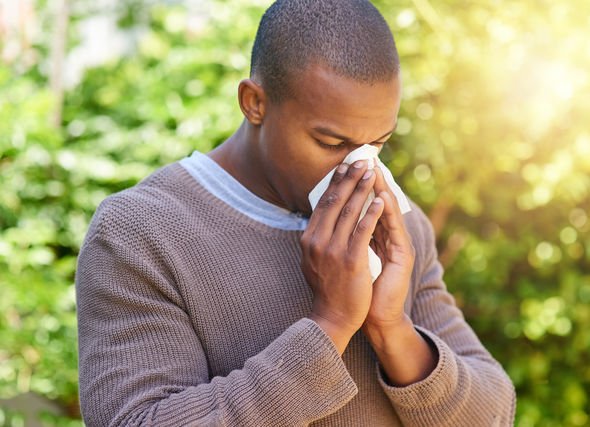 The NHS recommends staying indoors as much as possible, keeping windows and doors shut, and showering and changing clothes after being outside to minimise contact with pollen.