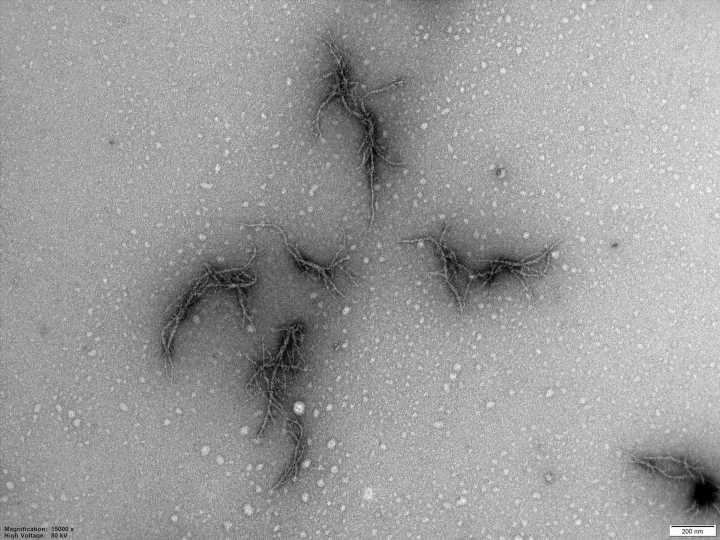 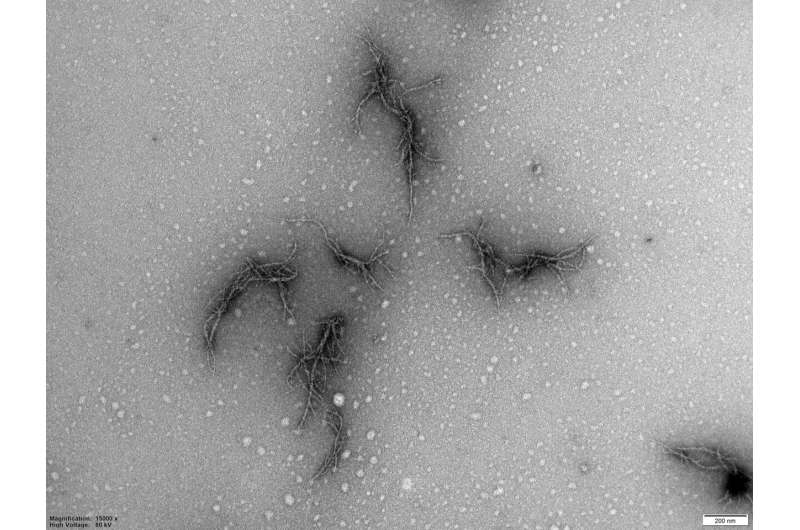 In patients with serious and long-term COVID-19, disturbed blood coagulation has often been observed. Now, researchers at Linköping University (LiU), Sweden, have discovered that the body’s immune system can affect the spike protein on the surface of the SARS-CoV-2 virus, leading to the production of a misfolded spike protein called amyloid. The discovery of a possible connection between harmful amyloid production and symptoms of COVID-19 has been published in the Journal of American Chemical Society.

In those who have serious and long-term COVID-19, organs other than the lungs can be gravely affected. Complex symptoms and damage in, for example, the heart, kidneys, eyes, nose, and brain, as well as disturbed blood coagulation, can persist. Why the illness affects the body in this way is largely a mystery. Now, researchers at LiU have found a biological mechanism which has never been described before, and which can be a part of the explanation.

The functions of proteins are strongly affected by the fact that proteins are folded in specific ways that give rise to a specific three-dimensional structure. As well as this shape, a protein can also assume an alternative form. Over 30 different proteins are known to have this kind of alternative shape, which is associated with illness. This alternative folded protein is called amyloid. The LiU researchers wondered whether the virus which causes COVID-19, SARS-CoV-2, contains a protein that can create amyloid. They were specifically interested in the spike protein on the surface of the virus, which the virus uses to interact with the body’s cells and infect them.

Using computer simulation, the researchers discovered that the coronavirus’ spike protein contained seven different sequences which potentially could produce amyloid. Three of the seven sequences met the researchers’ criteria for being counted as amyloid-producing sequences when experimentally tested. They produced, among other things, so-called fibrils, which look like long threads when examined under an electron microscope.

But do these fibrils arise spontaneously? It is well known that many illnesses, such as Alzheimer’s, are preceded by a process where the body cuts up large proteins into smaller pieces, which can in turn produce the harmful amyloid. In their study, the researchers show that an enzyme from immune system’s white blood cells can cut up coronavirus’ spike protein. When the spike protein is cut up, it produces the exact piece of protein which, according to the researchers’ analysis, is most likely to produce amyloid. This enzyme is released in large quantities from one type of white blood cells, neutrophils, which are released early on during infections such as COVID-19. When the researchers mixed pure spike protein with this enzyme, called neutrophil elastase, unusual fibrils were produced.

“We have never seen such perfect, but scary, fibrils as these ones from the amyloid-producing SARS-CoV-2 spike protein and pieces thereof. The fibrils starting from the full-sized spike protein branched out like limbs on a body. Amyloids don’t usually branch out like that. We believe that it is due to the characteristics of the spike protein,” says Per Hammarström, professor at the Department of Physics, Chemistry and Biology (IFM) at Linköping University.

Previous research, including a study by South African researchers, has indicated that the spike protein may be involved in the production of small blood clots. The blood contains the fibrin protein, which helps the blood to coagulate when a vessel is damaged, so that the hole seals again and stops bleeding. When the injury has begun to heal, the coagulate is supposed to be broken up by plasmin, which is also found in blood. The researchers at LiU mixed amyloid-producing protein pieces from the spike protein together with these bodily substances in test tubes, and saw that the fibrin coagulate which was then produced could not be broken down in the usual way by plasmin. This newly discovered mechanism may lie behind the production of similar micro blood clots that have been observed in both serious and long-term COVID-19. Disturbed blood coagulation is also seen in many amyloid-related illnesses.