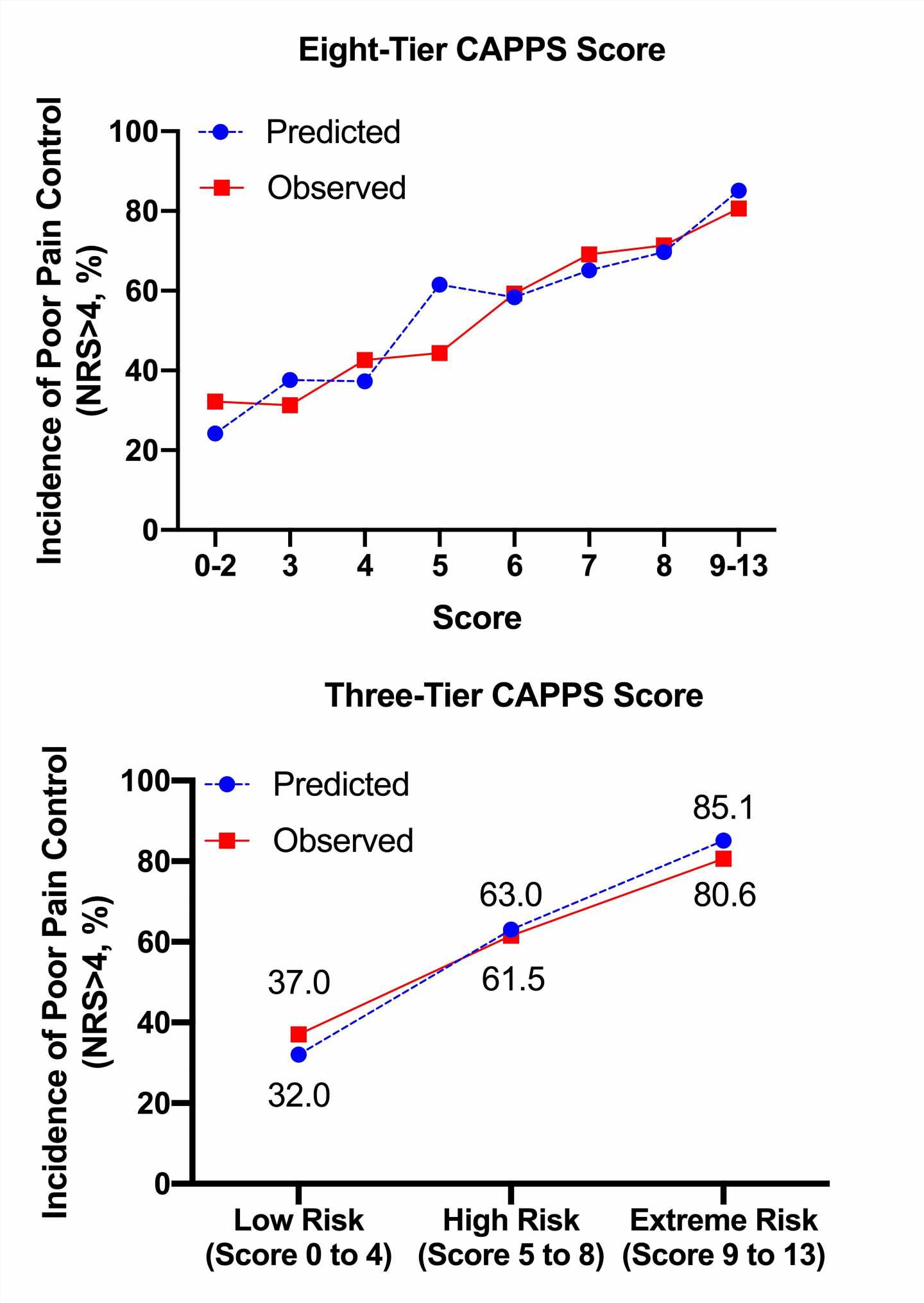 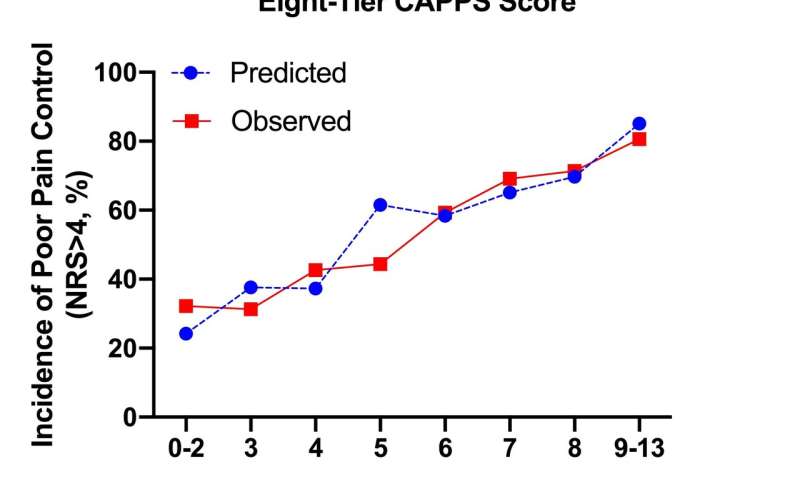 Researchers at the University of Calgary have developed and validated a clinical prediction scale that can be used to determine which patients are more likely to experience inadequate pain control following elective spine surgery. Armed with this knowledge, spine surgeons can ensure that patients obtain appropriate patient education and individualized clinical care with the goal of improved postoperative pain management.

Detailed findings of this study can be found in a new article, “Development and validation of a clinical prediction score for poor postoperative pain control following elective spine surgery,” by Michael M. H. Yang, MD, MSc, MBiotech, and colleagues, published today in the Journal of Neurosurgery: Spine.

As the world population ages, greater numbers of people are experiencing spinal degeneration and consequent pain and/or lack of mobility. This is just one reason for the steady increase in the number of spine surgeries over the last few decades. Rapid advances in diagnostic and surgical technologies, and improvements in intraoperative techniques have also led to the increase. Unfortunately, inadequate pain control in the days following spine surgery remains common. The authors state that “30%-64% of patients continue to report poorly controlled pain after spine surgery.” Surgery is a valid treatment for many diseases and disorders of the spine, but patient outcomes can be hindered or sidetracked by a painful convalescence. Better prediction of which patients will experience poor postoperative pain control may aid the spine surgeon in designing individual patient care plans to help alleviate the pain.

The authors conducted a retrospective cohort study of data from 1300 adult patients who were enrolled in the prospective Canadian Spine Outcomes and Research Network (CSORN) registry between August 28, 2014, and October 4, 2017. These patients had undergone elective spine surgery and required hospitalization for at least 24 hours postoperatively. The most common disorder was spinal stenosis (39%), and the most common complaint was radiculopathy (42%). The patient’s postoperative level of pain was measured using an 11-point numerical scale (ranging from 0 = no pain to 10 = worst pain). Pain was assessed in the hospital while the patient was at rest; a pain level greater than 4 was considered poor pain control. During the first 24 hours following surgery, 57% of patients experienced poor pain control.

In the study, patients were randomly assigned to one of two cohort groups: 1) 910 patients to the model development cohort to develop the prediction score for poor postoperative pain control, and 2) 390 patients to the validation cohort to test whether the new scoring system fulfilled its purpose.

Data were examined to determine what patient variables are associated with poor pain control. Beginning with 25 variables, the authors were able to narrow these to seven variables that were independently predictive of poor postoperative pain control: younger age of patient, female sex, higher preoperative neck or back pain score, preoperative daily use of opioid medication, surgery on three of more spinal motion segments, surgery involving fusion, and a higher depression score on the Patient Health Questionnaire-9. The authors assigned clinical scores to each of these seven predictors, with patients receiving a total clinical score between 0 and 13. This Calgary Postoperative Pain After Spine Surgery (CAPPS) score was consolidated first into an eight-tier risk classification and later collapsed into a three-tier classification of low risk (scores 0-4), high risk (scores 5-8), and extreme risk (scores 9-13) groups.

The performance of the CAPPS prediction scoring system was assessed by assigning prediction scores to the 390 patients in the validation cohort and then comparing these patients’ predicted pain control with their reported pain control. The authors found that “predicted probabilities derived from both the eight-tier and three-tier CAPPS score closely matched the incidence of poor pain control observed in the validation cohort” (see figure). Using the three-tier system, the low-, high-, and extreme-risk patient groups had 32%, 63%, and 85% predicted probabilities of experiencing inadequately controlled pain, respectively. These percentages are similar to the observed incidences of 37%, 62%, and 81%, respectively, for the same three groups of patients.

Female sex and younger age of the patient are not modifiable variables. However, the authors discuss other variables that may be adjusted or accommodated for with the goal of better postoperative pain relief. The authors conclude that the CAPPS predictive score “can be used to facilitate preoperative patient education and the development of personalized clinical care pathways to improve postoperative acute pain outcomes.”