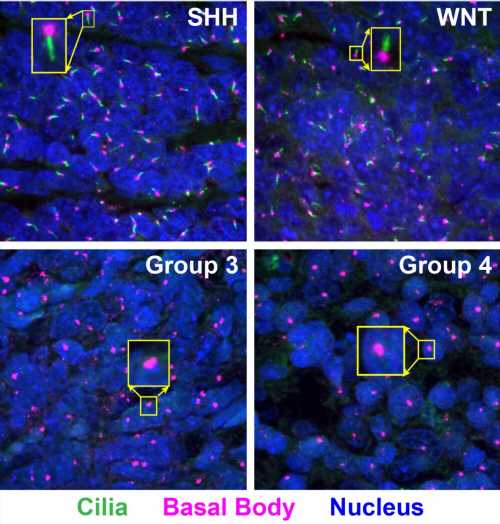 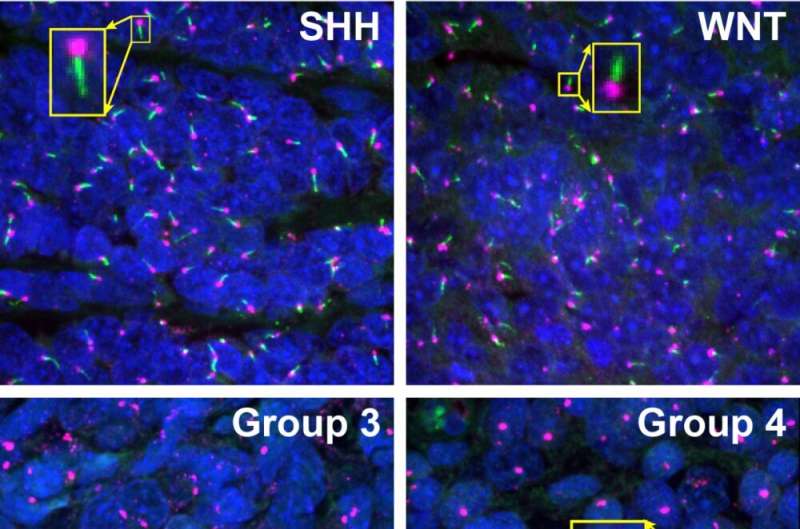 Scientists at St. Jude Children’s Research Hospital have identified how an appendage on the surface of cells, called the primary cilium, contributes to certain types of medulloblastoma. The study has implications for drug development. The research appeared today in Genes & Development.

The primary cilium is a signaling appendage projecting from the surface of cells. It helps control the cell’s function and behavior. The presence or absence of primary cilia is a notable feature in different diseases including cancer. How this appendage contributes to cancer development and growth is understudied in most tumors.

“Primary cilia are structures that were discovered over 100 years ago, but we are still coming to appreciate the role that they play in human health and disease,” said corresponding author Young-Goo Han, Ph.D., St. Jude Department of Developmental Neurobiology.

Present or absent, primary cilia still have an effect

The researchers evaluated over 100 cases of human medulloblastoma and found that primary cilia are abundant in the SHH and WNT groups, but rare in group 3 and group 4.

Han established the role of primary cilia in SHH medulloblastoma in previous research. Less is known about cilia’s role in the other groups. Using mouse models of WNT and group 3 medulloblastoma, the scientists revealed primary cilia can either promote or suppress cancer depending on their underlying mechanisms of action.

Group-specific therapies such as these would be useful because current patients with medulloblastoma generally receive the same treatments (surgery, chemotherapy and radiation). The findings also suggest that translation and cell cycle are mechanisms worth investigating in other diseases that involve primary cilia (ciliopathies).