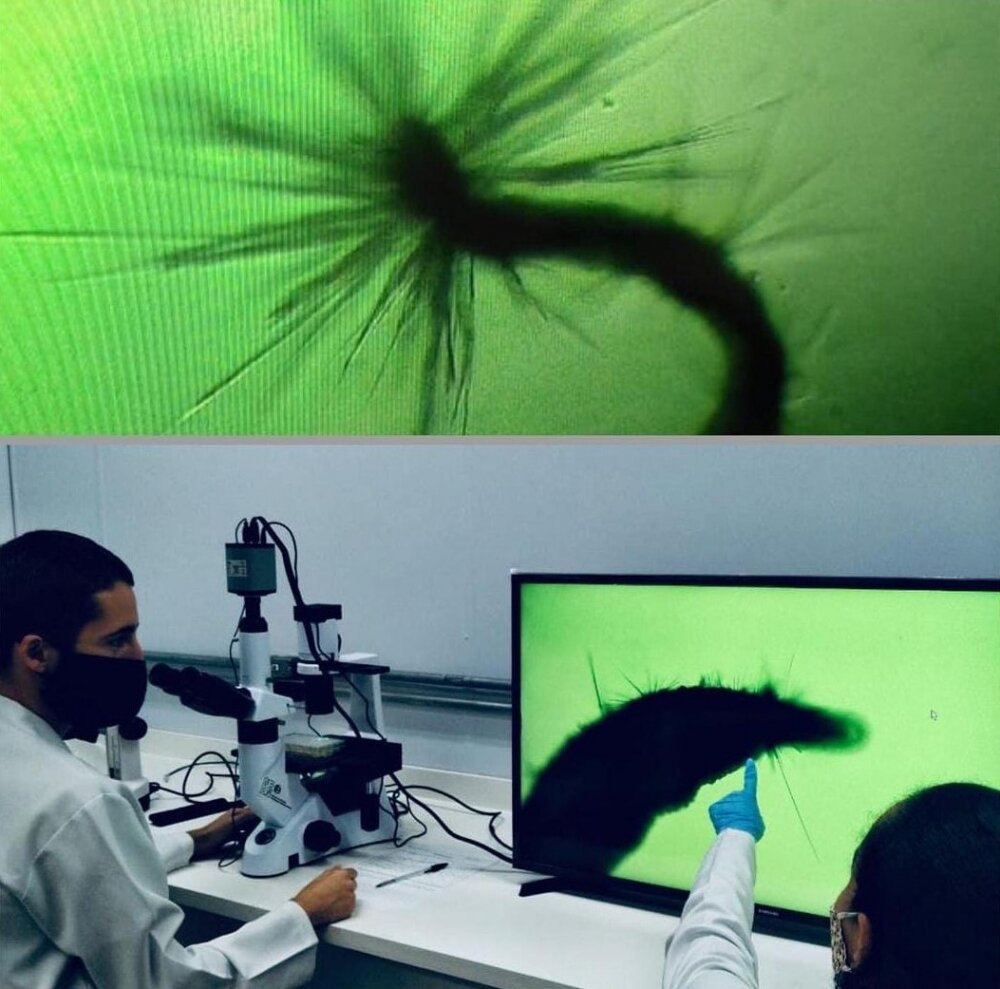 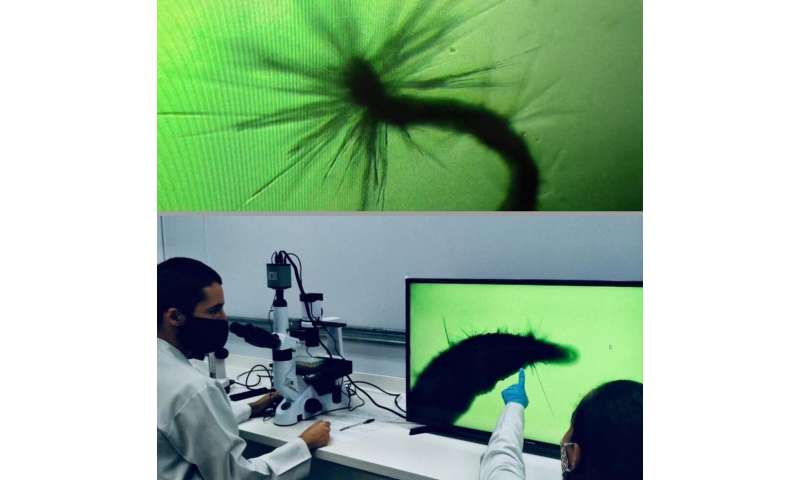 Well-known for its bactericidal and anti-fungal properties, Brazilian red propolis has now been found to act powerfully against the parasite that causes schistosomiasis, reducing the number of eggs and killing the helminths (worms).

In experiments performed at Universidade Guarulhos (UnG) in the state of São Paulo, Brazil, with FAPESP’s support, 400 milligrams per kilogram of body weight was a sufficient dose of red propolis to reduce the parasite load by more than 60% in mice infected with the flatworm Schistosoma mansoni. It was equally effective against the immature and adult stages of the parasite. In vitro tests also showed that red propolis blocked reproduction and oviposition (egg-laying).

“Propolis, especially the red variety, is well-known for its action against bacteria and fungi. It protects the beehive from intruders, and we expected that some of its more than 20 substances would act against parasitic infectious agents. What surprised us was that it disrupted the worm’s integument and killed adult as well as immature worms, which the conventional treatment for schistosomiasis doesn’t do,” said Josué de Moraes, a professor at UnG and last author of the article on the study published in the Journal of Ethnopharmacology.

The results of all the tests suggest red propolis may be more effective to treat schistosomiasis than the only pharmaceutical product available for this purpose. Before red propolis can be prescribed for patients, of course, it must be tested in clinical trials on humans with the disease.

Schistosomiasis is the most common disease caused by helminths and affects some 300 million people worldwide. Despite its high prevalence in tropical and subtropical areas, it has been treated with a single drug for about 40 years.

“Praziquantel is effective but has major limitations,” Moraes said. “In contrast with what we found in the study with red propolis, the drug doesn’t combat infections caused by the immature stage of the parasite. It kills only adult worms, so patients have to wait until the growth cycle reaches the adult stage to start the treatment, by which time the infection has become chronic.”

Another limitation of praziquantel is that some species have become drug-resistant after 40 years with no alternative treatment. Schistosome strains with low susceptibility to the drug have been isolated by researchers.

The research project led by Moraes at UnG’s Center for Research on Neglected Diseases (NPDN) aims at drug repurposing to tackle schistosomiasis. “Because it’s a neglected disease linked to poverty and lack of basic sanitation, this is basically the only way to find novel therapies. Repurposing is cheaper and quicker than developing new drugs from scratch,” Moraes said.

The research group tested 73 nonsteroidal anti-inflammatory drugs sold in Brazil and elsewhere. They found five to be effective against the disease, with mefenamic acid (widely used for menstrual period pain relief) exhibiting the most promising results to date.

In an article published in mid-2020 in Trends in Parasitology, Moraes and a co-author note that the United States’ Food and Drug Administration (FDA) has approved very few drugs for the treatment of parasitic diseases.

“Since the start of the century, the FDA has approved a total of 604 medications, some of which are novel drugs and others repurposed,” Moraes said. “Only nine are antiparasitics, and of these only two are anthelmintics. In my view, helminthiases are the most neglected of neglected diseases.”

Moraes explained that the decision to study the effects of red propolis in this project was made because the natural product had been fully characterized in studies by Severino M. Alencar, a researcher at the University of São Paulo’s Luiz de Queiroz College of Agriculture (ESALQ-USP), and Bruno Bueno-Silva at UnG’s Dentistry Department. Both are collaborators with NPDN.

“Brazilian red propolis has attracted attention in recent years owing to its pharmacological potential as well as its anti-microbial and anti-inflammatory action,” he said. “Our study didn’t investigate the mechanism of red propolis in the schistosome but analyzed the action of red propolis extract indirectly using scanning electron microscopy. For example, we set out to see if this natural product, which is made up of several substances, could get through the parasite’s integument. This would increase its power to reach one or more targets and kill the worms, but we didn’t identify any targets.”

Green and brown propolis are likely to have some effect on schistosomiasis, Moraes added, but specific studies will be needed to analyze the other two natural products.