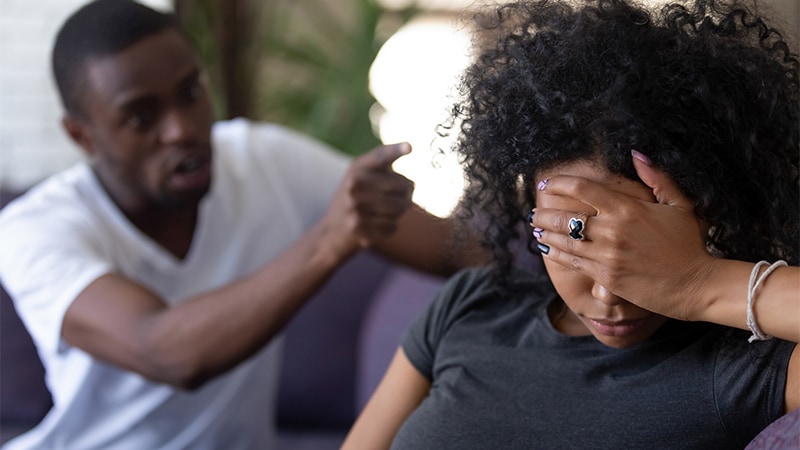 More than 1 in 4 women (27%) between the ages of 15 and 49 years have experienced physical and/or sexual violence in a relationship, research suggests. The estimate is based on information from the World Health Organization’s (WHO’s) global database on the prevalence of violence against women. The findings by Lynnmarie Sardinha, PhD, research fellow at the University of Bristol, United Kingdom, and her colleagues were published in The Lancet.

There is evidence that violence in a paired relationship begins early on. It is widespread even in the youngest age groups. About 24% of women aged 15 to 19 years have experienced violence at least once since their 15th birthday.

Violence from a sexual partner against women in permanent relationships (defined as women who are or were married, who cohabitate, or who have a long-term sexual partner) refers to physical, sexual, and psychologically damaging behavior in the course of a marriage, a cohabitation, or another form of partnership.

Incidents of violence can have considerable short- and long-term effects on the physical and mental health of the victim, which can lead to significant social and economic costs for governments, communities, and individuals.

One of the 17 sustainable development goals (SDG) of the United Nations for 2030 is an end to violence against women. The study by Sardinha and her colleagues provides baseline estimates for violence against women in paired relationships to facilitate the pursuit and monitoring of efforts to achieve this goal.

The new study is based on population-based surveys. The quality of data has been improved, and methods have been updated to produce current estimates of prevalence for years up to and including 2018. The study shows that 1 in 4 women who have ever been in a partnership have experienced violence just from their partner.

In the estimation of the study’s authors, governments are not in the position to achieve the goal of eliminating violence against women. “In the last 20 years, progress has been made, but it is not sufficient by far to achieve the SDG goal of eliminating violence against women by 2030,” says the main author of the study, Claudia García-Moreno, MD, of the WHO.

“Violence in paired relationships affects the lives of millions of women, children, families, and societies globally,” said García-Moreno. “Although this study was conducted before the COVID-19 pandemic, the figures are alarming. And the research has shown that the pandemic has only exacerbated problems that lead to violence in a partnership, such as isolation, depression, and states of anxiety, as well as alcohol consumption, and has made access to auxiliary services more difficult.”

García-Moreno emphasizes, “It is of vital importance and is urgently necessary to prevent violence in a partnership. Governments, societies, and communities must sit up and take notice, invest more, and act urgently in order to reduce violence against women.”

The new data come from the WHO global database on the prevalence of violence against women. The study comprises more than 300 eligible surveys and studies performed between 2000 and 2018. The data reflect 161 countries and territories, in which two million women aged 15 years and older live. This corresponds to 90% of the global population of women and girls.

Worldwide, 27% of women aged between 15 and 49 years have experienced violence in a partnership at least once in their lives. The researchers estimate that in 2018, up to 492 million women aged between 15 and 49 years experienced violence in a paired relationship in the past 12 months, which corresponds to 13%, or 1 in 7 women.

Because the data are based on women’s independently reported experiences and the topic is sensitive and stigmatized, the actual prevalence of violence could be higher.

The study draws attention to the high extent of violence in paired relationships that girls and young women experience in adolescence. In the youngest age group (15 to 19 years) of women, an estimated 24% had experienced violence in a partnership.

“The high number of young women who have experienced violence in paired relationships is alarming, since childhood and early adulthood are important stages of life, in which the foundations for healthy relationship are laid. The violence that these young women experience has long-lasting effects on their health and their well-being,” said Sardinha.

“Violence in paired relationships is avoidable, and more must be done to develop effective community- and school-based interventions and to invest in them, which will encourage gender equality and reduce the risk of younger women experiencing violence from a partner,” she added.

Overall, high-income countries had lower estimated prevalence rates of violence in paired relationships over the lifetime, as well lower prevalence in recent years. The regional differences in violence in paired relationships in recent years between the regions with high incomes and the regions with low and below-average incomes are particularly pronounced.

“These results confirm that violence against women by male sexual partners still represents a global challenge for public health. The governments are not on course to achieve the goals set for eliminating violence against women by 2030,” said García-Moreno. “We are requesting urgent investments in effective cross-sector measures and a strengthened reaction from the public healthcare sector in tackling this problem following the COVID-19 initiative.”

The authors acknowledged various limitations of their study. For example, limited data are available for some geographic regions and subgroups (such as people with disabilities, indigenous/ethnic minorities or migrants, trans women, and women in same-sex partnerships). The definition of the term “partnership” is also not uniformly consistent, which means that some studies may not have included every kind of partnership.

“These results make it clear how important it is to analyze violence in partnerships and other associated forms of violence against girls and women during their lifetime more precisely,” write Jessica Leight, PhD, research fellow at the International Food Policy Research Institute in Washington, DC, in an accompanying comment.

“These comprehensive new data should make even clearer the urgency of the development, evaluation, and scaling of strategies that target the prevention and reduction of violence in paired relationships for women across the world — particularly for the most at risk,” said Leight.