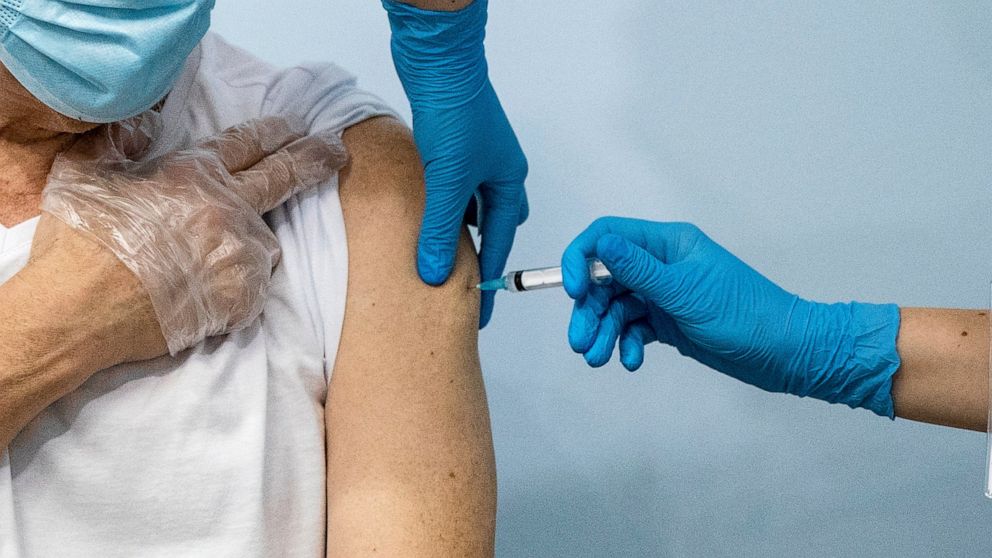 MOSCOW — Authorities in four Russian regions made coronavirus vaccines mandatory this week for people working in retail, education and other service sectors, part of an effort to boost the country’s low immunization rates as COVID-19 cases continue to soar.

Moscow first announced the requirement Wednesday, and the surrounding Moscow region, the Siberian region of Kemerovo and the Far East region of Sakhalin promptly followed.

Officials in the four regions ordered businesses and institutions involved in retail, education, health care, public transportation, beauty, entertainment and other industries that serve a large number of people to ensure that at least 60% of their staffs are fully vaccinated.

In Moscow, the Moscow region and Kemerovo, officials set a mid-August deadline for the threshold to be reached. Sakhalin authorities did not set a deadline but said that individuals who refuse to get vaccinated without a valid medical reason would be suspended from work until they got their shots.

Officials in Moscow said they would start inspecting eligible companies in mid-July — a deadline by which 60% of staff are required to get at least one shot of the vaccine — and impose fines of up to 1 million rubles (roughly $14,000) on ones that don’t comply.

Russia was among the first countries in the world to deploy a coronavirus vaccine, and authorities have a goal of immunizing 60% of the country’s adults, or about 69 million people, by the fall.

But Russia’s vaccination rate has lagged behind many other nations. As of early June, 18 million people — or just 12% of the 146-million population — had received at least one dose. Experts have expressed that the government’s target can be met.

The Kremlin has repeatedly rejected the idea of ordering mandatory vaccinations nationwide. Commenting on the move by the four regions, Kremlin spokesman Dmitry Peskov stressed Thursday that “it is not a sweeping (mandatory) vaccination of the population.”

“We are talking about mandatory vaccination for certain sectors of the economy. Considering how the wave of the outbreak is unfolding, it is rather justified,” Peskov said during a conference call with reporters.

He said regional governors made their decisions based on local infection trends and that “voluntary vaccination rates really leave room for improvement.”

Russia has reported more than 5.2 million confirmed virus cases and nearly 128,000 deaths in the pandemic. New daily cases have averaged around 14,000 this week, compared to last week’s average of 9,000.

The regional vaccine requirements drew mixed views in Russia. Russia’s business ombudsman, Boris Titov, said the business community would welcome the mandates if they prove to be an alternative to restricting their work.

However, several business associations polled by the Interfax news agency said it was unclear how employers would make staff members who don’t want shots submit to them.

“On one hand, we’re obligated to do it. Moreover, we can be fined for not reaching (the target of) 60% vaccinated employees,” Olga Kiselyova, president of the Association of Fitness Industry Operators, told Interfax. “On the other hand, we can’t make people get inoculated through administrative means. If a person doesn’t want to, we can’t do anything about it within the law.”