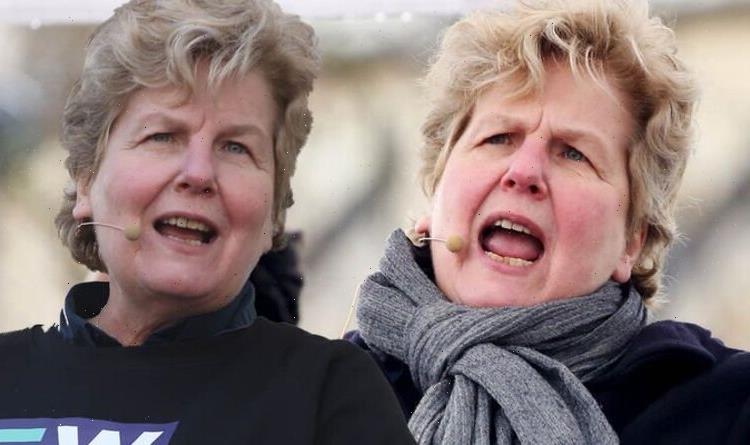 The star, who is also known as a former presenter of The Great British Bake Off, revealed in an interview that in her despair she sat on weight loss expert Louise Parker’s couch and said “I am going to die”. With a family history of heart attacks, and her partner Debbie Toksvig voicing her own concerns for the star’s health, Sandi decided it was time to make some big changes to her lifestyle. With the help of an expert, Sandi was able to shed a whopping four stone, shrinking from a size 22 to a size 10 in just a year, ensuring that she would be around for her three children and partner for as long as possible.

“I was never interested in how I look,” Sandi revealed in Good Housekeeping back in 2014.

“The number one thing in my whole life is my children and I want to be there for them.

“My dad died of a massive heart attack when he was 59, as he didn’t look after himself. My brother had a heart attack last year. He is fine, but I am 56 now and you start thinking.

“There is too much I still want to do.”

With all of the sweet treats available on Bake Off, Sandi has confessed in the past that working on the show is “all consuming”, but with a diet that encourages people to eat less and be more active, the star was able to slim down.

“I had tried every diet out there – I would lose weight for a bit, then put it back on again,” Sandi continued.

“Then, by chance, my partner, Debbie, and I saw an advert for Louise Parker in an airline magazine. I liked what she had to say – she didn’t make ridiculous promises.

“Everything she said sounded like good sense. In the end it was Deb and the family who pushed me.

“She dropped me off at a railway station one day, parked around the corner and made the phone call for me,” Sandi continued to say about the beginning of her weight loss journey.

“When I first started I couldn’t touch my knees. Now I can run 5K no problem.

“Mostly now I don’t eat carbs – actually I’m not attracted to them anymore.”

Losing weight does not only make you feel physically good, but is also extremely beneficial for reducing the risk of multiple life-threatening health conditions, especially if you have a history of them in your family.

The British Heart Foundation (BHF) explains that those with a family history of a heart or circulatory disease may have a greater risk of developing conditions that can lead to a heart attack or stroke.

As well as sharing genes, families often share similar traits and habits that can increase their risk of developing the same condition like:

A heart attack is a serious “life-threatening” medical emergency, and is caused by the supply of blood to the heart becoming blocked due to a blood clot.

A blood clot is typically caused by blood vessels getting clogged with deposits of cholesterol known as plaques. Before a heart attack, one of these plaques bursts (ruptures), causing a blood clot to develop at the site of the rupture.

When experiencing a heart attack, symptoms can include the following:

The BHF adds that heart and circulatory diseases cause a quarter of all deaths in the UK, that’s more than 160,000 deaths each year – an average of 460 deaths each day or one every three minutes in the UK. There are also as many as 100,000 hospital admissions each year due to heart attacks.

However, some risk factors can be controlled. Staying a healthy weight, being physically active and eating a balanced diet are all ways to help reduce your risk of developing the same heart and circulatory condition as your family.

The NHS recommends doing at least 150 minutes of moderate-intensity aerobic activity each week unless advised otherwise by a doctor. And a diet that is low in fat and high in fibre including wholegrains and at least five portions of fruit and vegetables a day is key.