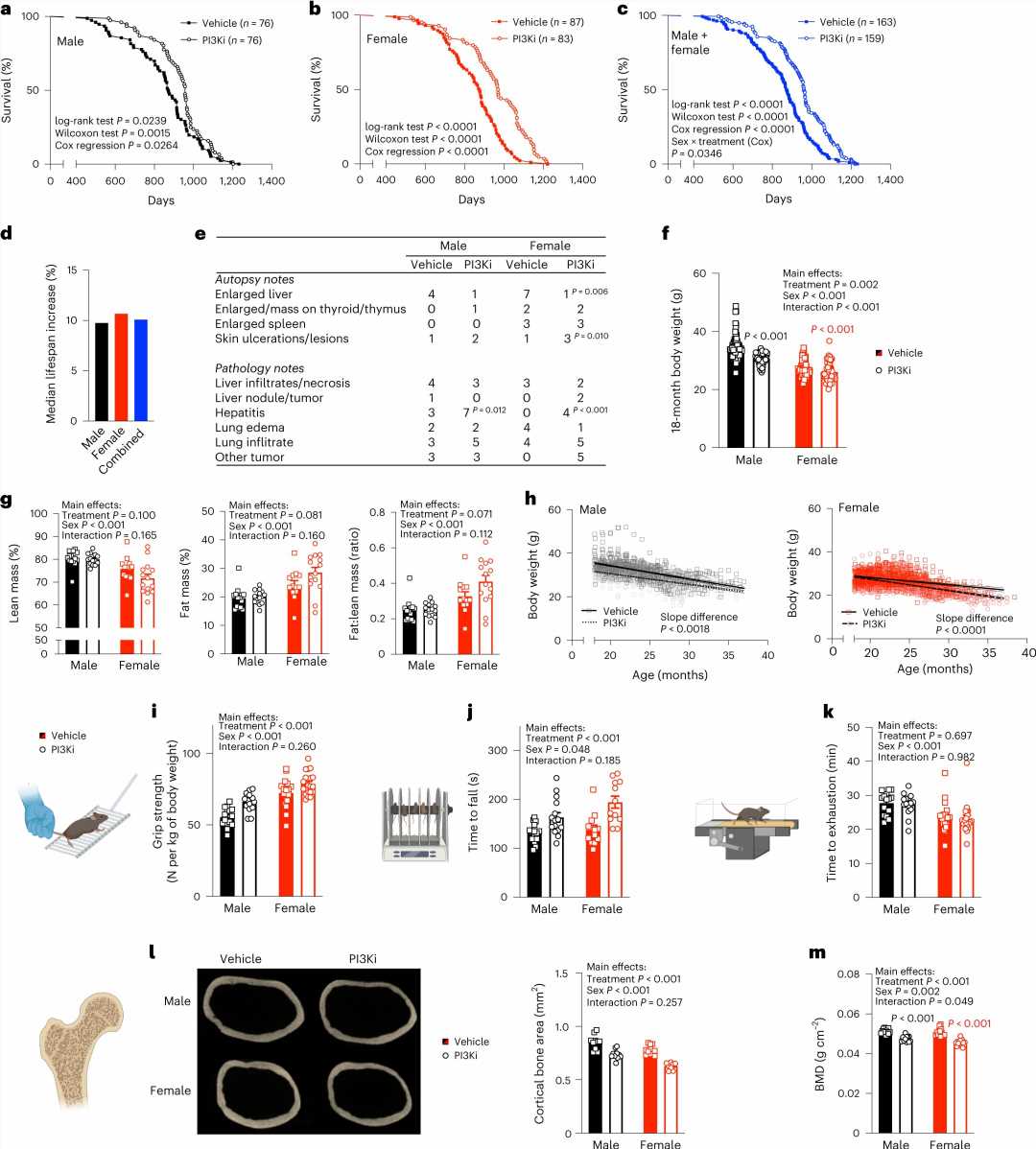 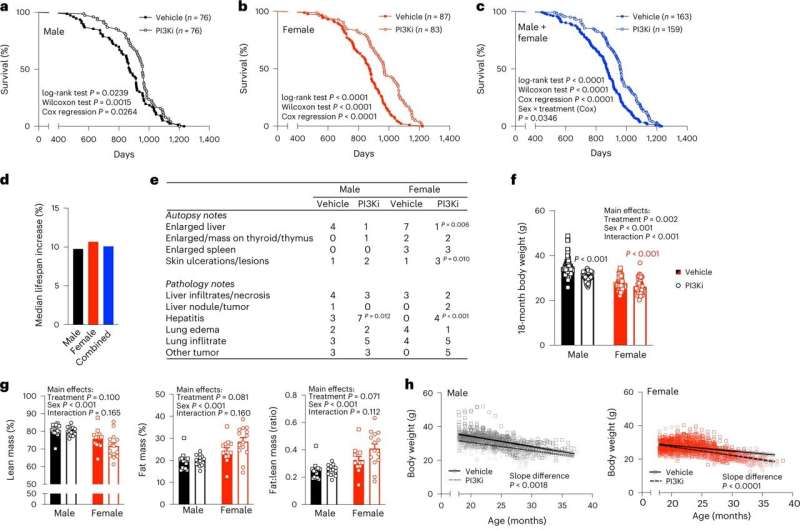 The age-old quest for immortality has taken a step forward with the results of an Aotearoa New Zealand study just published in Nature Aging.

The Waipapa Taumata Rau, University of Auckland trial demonstrates that long-term treatment of healthy mice from middle-age (one year) with a drug currently used to treat cancer can increase their lifespan by an average of 10% to around three years.

In this study, mice were fed a control diet or the same diet with the addition of a drug called alpelisib. Not only did the mice fed the drug containing diet live longer, they showed some signs of being healthier in old age such as improved coordination and strength. However, the researchers are cautious about application to humans since the mice treated with the drug also had some negative markers of aging like lower bone mass.

“Aging is not only about lifespan but also about quality of life,” says research fellow Dr. Chris Hedges. “Therefore, we were pleased to see this drug treatment not only increased longevity of the mice but they also showed many signs of healthier aging. We are working now to understand how this happens.”

Principal investigator Associate Professor Troy Merry says, “We are not suggesting that anyone should go out and take this drug long-term to extend lifespan, as there are some side effects. However, this work identifies mechanisms crucial to aging that will be of use in our long-term efforts to increase lifespan and health-span. It also suggests a number of possible ways in which shorter term treatments with this drug could be used to treat certain metabolic health conditions and we are following this up now.”

“We have been working on developing drugs to target PI 3-kinase for more than 20 years as evidence indicated they would be useful to treat cancers as many cancers have an excess activation of this pathway.”

“Therefore, it’s great to see that these drugs might have uses in other areas and reveal novel mechanisms contributing to age-related diseases. It also shows the value of long-term investment in research is areas such as this.”