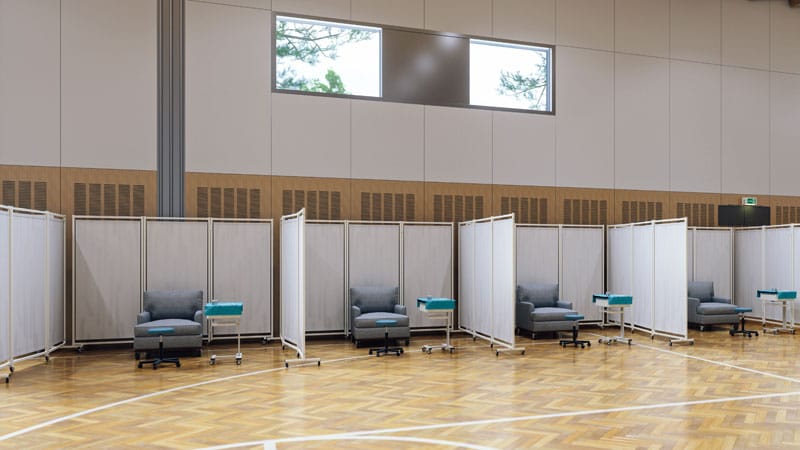 Several vaccine sites across the U.S. paused administration of the Johnson & Johnson COVID-19 vaccine this week after adverse reactions were reported, according to The Associated Press.

“There is no reason to believe there is anything wrong with the vaccine itself, and other individuals who have received the J&J vaccine should not be concerned,” Kathleen Toomey, MD, commissioner of the Georgia Department of Public Health, said in a news release on Friday.

“We are looking into what happened and what may have caused the reactions, including the conditions at the fairgrounds such as heat and the ability to keep the site cool,” Toomey said.

Some of the reactions, such as nausea and dizziness, were consistent with common reactions associated with any vaccine, the Georgia Department of Public Health said in the news release. However, due to the number of people affected, Johnson & Johnson shots were paused for evaluation.

In North Carolina, multiple people fainted after receiving a Johnson & Johnson vaccine at sites near Raleigh and Chapel Hill, the AP reported. At least 26 people experienced adverse reactions, and four were taken to hospitals for further examination.

In Colorado on Wednesday, 11 people reported adverse reactions after a Johnson & Johnson shot, the AP reported. Two people were taken to a hospital.

The CDC evaluated the incidents in Colorado, Georgia, Iowa, and North Carolina, and found reports of dizziness, light headedness, and rapid breathing, Kristen Nordlund, a CDC spokeswoman, told the AP.

The CDC investigated the vaccine lots and hasn’t found any reason for concern. Federal health officials said it was safe to resume administration of the Johnson & Johnson vaccine, the AP reported in another story on Friday.

In North Carolina, public health officials said they’d administer the Pfizer shot at the PNC Arena in Raleigh on Friday, the AP reported. At the clinics in Chapel Hill, officials plan to resume appointments for the Johnson & Johnson shot on Saturday. In nearby Hillsborough, officials said they would offer the Moderna vaccine on Friday and look for ways to better identify people with a history of fainting around needles. They also plan to provide additional support by offering drinks and snacks, and not moving patients to a separate observation area.

“We believe that the J&J vaccine is safe,” Alan Wolf, a spokesman for the University of North Carolina at Chapel Hill, told the AP.

“Very few people (less than 1%) who have received this vaccine at our clinics have reported lightheadedness or fainting,” he said.