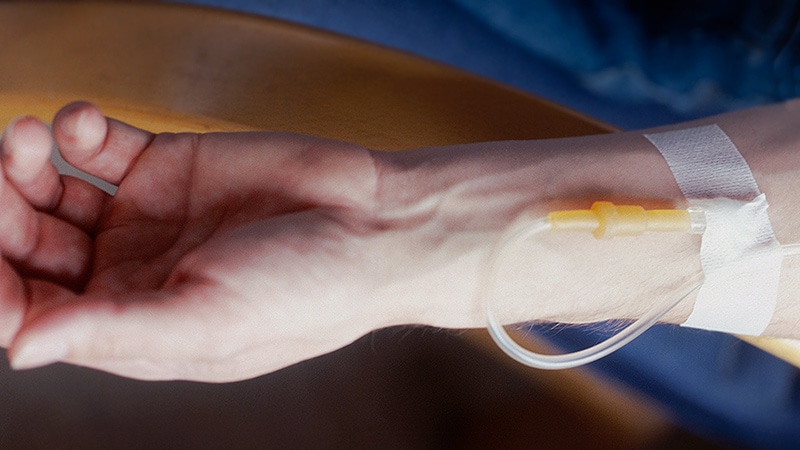 The Femoral or Radial Approach in the Treatment of Coronary Chronic Total Occlusion (FORT CTO) trial randomized more than 600 patients with CTO at four centers to receive either transradial access (TRA) or transfemoral access (TFA), and showed that procedural success scores were similar in the two groups, indicating that TRA is noninferior to TFA. Further, TRA was associated with roughly one-third the access-site complications seen with TFA.

“With this study, we revealed that even in the most complex coronary cases, namely CTO, radial approach is feasible and even better in terms of access-site complications,” he said.

The study was published in the April 25 issue of JACC: Cardiovascular Interventions.

Traditionally, CTO PCI has been performed using TFA “to allow large guide catheter use and strong equipment support,” the authors write. However, TRA “reduces the risk for vascular access complications” and is increasingly being used in CTO and complex PCI.

Although a randomized trial comparing the two procedures, in which more than half were CTOs, “provided favorable outcomes” with TRA, there has been no published trial comparing TRA with TFA in CTO PCI, which motivated the researchers to initiate a trial focused specifically on this comparison.

An additional motivation, Gorgulu said, was that he had received criticism for using the transradial approach in complex cases. “As a transradial only operator for 10 years, I decided to study transradial in the most challenging cases, which are CTO interventions.” He added that in the FORT CTO trial, he and his colleagues addressed all the issues of concern that had been raised, such as success rate and support problems.

The trial encompassed all consecutive patients referred for CTO PCI between August 2017 and July 2021 at four centers in Turkey. CTO was defined as total occlusion with a Thrombolysis in Myocardial Infarction (TIMI) flow grade of 0 for an estimated duration of more than 3 months. Patients with any acute coronary syndrome within 3 months, with severe heart failure, or severe renal failure were excluded.

Radial-only access (single or biradial) was required for the TRA group, but radial access was permissible, in addition to femoral access, to engage the CTO donor vessel in the TFA group.

Be Open to New Techniques

The mean J-CTO, PROGRESS CTO, and PROGRESS CTO complication scores were similar in the two groups.

No differences were seen in procedural duration, contrast volume, or radiation dose between TFA and TRA, and the crossover rate was similar in the two groups.

The investigators note that operators in their study were “highly experienced” in both TRA and CTO PCI, so the findings might not apply to less-experienced operators and centers.

“The take-home message is one should always be open to new techniques, which is in the benefit of the patient and the operator,” Gorgulu commented. “Although cumbersome, operators should improve their skills toward becoming an only-radial operator.”

In an accompanying editorial, Giuseppe Vadalà, MD, University Hospital “P. Giaccone,” Palermo, Italy, and Alfredo Ruggero Galassi, MD, University of Palermo, congratulate the study investigators for “performing the first randomized PCI access trial dedicated to CTO lesions, as it represents an evidence-based step forward for an increasingly broader use of TRA, even for such complex procedures.”

However, they raise questions regarding the applicability of the FORT CTO trial to “the real-world practice of CTO interventions,” particularly as it relates to lack of ultrasound guidance in the TFA group, the superior experience of operators in the trial to those in routine clinical practice, and the type and lesion complexity of the patients enrolled in the trial.

“As such, the present study population might not adequately represent the real-world spectrum of CTO lesions, a condition that is often the case in randomized studies. Therefore, the role of TRA, even in the most complex CTO, should be investigated further,” they state.

Nevertheless, they “strongly believe that it is the time to stop the quarrel between TRA and TFA proponents trying to define which arterial access is the best for PCIs.” They describe TRA as “unequivocally the most common arterial access for PCI” and note that it will be “increasingly used in the future.”

They also “advocate competence in both radial and femoral approaches” and emphasize that the “onus is on the physician’s skill, so that patients will receive the safest and most effective revascularization possible.”