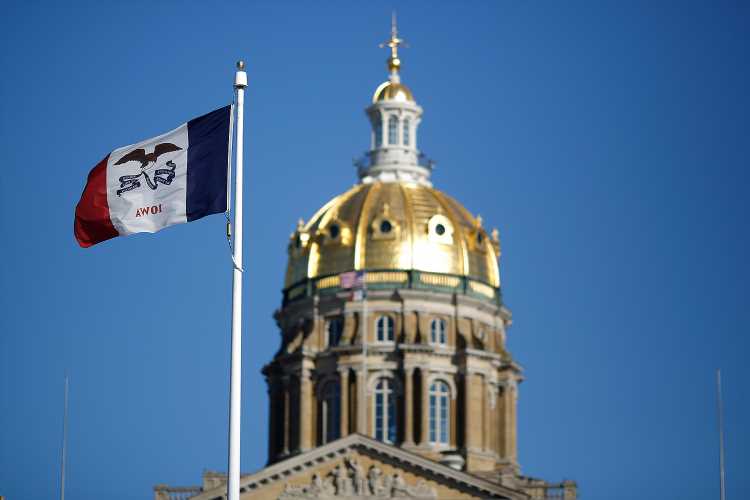 Iowa lawmakers are debating outlawing a "mind-boggling" policy at some hospitals and clinics in the state that requires women to get permission from their spouse before they can undergo a hysterectomy.

Currently, some doctors in the state are forcing women to get approval from their partners before they are allowed to undergo a hysterectomy, a surgical operation to remove the uterus that is often done in cases of cancer or for other health issues, such as painful uterine fibroids.

Iowa Rep. Eddie Andrews proposed a bill to outlaw the policy earlier this year after multiple women reached out to him to say that they were required to get their husbands' approval before a hysterectomy, he tells PEOPLE. Andrews' biggest concern, he says, is if the woman is in an abusive relationship and her spouse won't sign off on a potentially life-saving procedure.

It's "more critical to remove this law when there's not a good relationship, if you have an abusive relationship," he says. "Imagine how that would fear your life when a doctor has decided this is the best route for you and you're waiting for an abusive person who will never sign the document."

The policy is not part of Iowa's state law, but some doctors and medical centers are requiring permission, Andrews says. Another representative, Timi Brown-Powers, told the Des Moines Register that they believe that this was happening in some medical centers because "it was just a physician's opinion, that they wanted the woman to get a signature from her spouse," but added that "the fact that this was something that, unfortunately, women were still having jump through those hoops to get done was really kind of mind-boggling to me."

Andrews' bill, House File 684, was short, and only said that health care professionals cannot require that women provide permission, either from their spouse or another person, before performing a hysterectomy. The bill "simply removes spousal approval," he tells PEOPLE.

The bill passed unanimously by a vote of 94-0 in Iowa's House of Representatives in early March but hit a roadblock in the state Senate after lawmakers said they wanted more information on which doctors are requiring permission, and if this should be resolved internally at hospitals or clinics rather than by the legislature.

"I'm really searching to find where or who or what went on with that issue," Sen. Jeff Edler, the State Center Republican who chairs the Senate Human Resources Committee, told the Register.

With Iowa's legislative session coming to a close in three weeks, Rep. Ann Meyer re-introduced the law as an amendment to another bill, enabling it to be back up for debate. Several medical groups, including the Iowa Medical Society and the Iowa Nurse Practitioners Society, have backed the bill, and Andrews tells PEOPLE that his "guess is that it'll pass."

"As legislators, we're here to protect the people," he says. "This is an easy win."