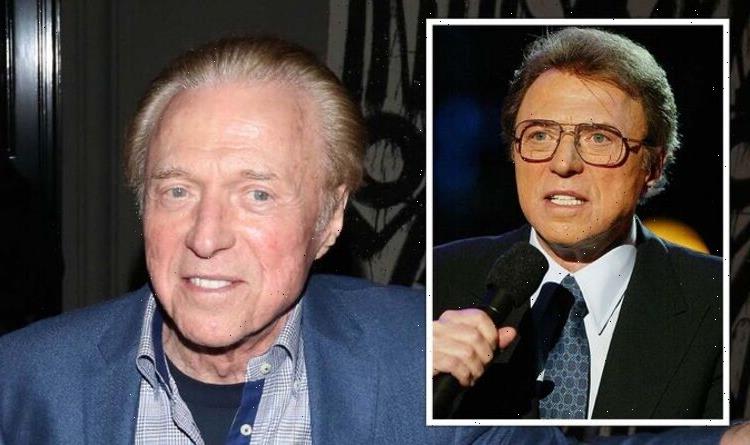 Lawrence, 86, is known for solo hits like Pretty Blue Eyes and for the music he created with his wife, Eydie Gormé, whom he married in 1957. Gormé died in 2013 just a few days away from her 85th birthday. Despite the “unimaginable” loss, as Lawrence described it on his website, the star kept on going. But in 2019 he came out with a tragic revelation in a letter his spokesperson Howard Bragman released to the American press.

“Dear Friends, There have been a number of rumors and some press reaching out to me and I feel it’s important that I tell my own truth,” wrote Steven.

“I have been diagnosed with Alzheimer’s disease, and it’s in the early stages. I am being treated with medications under the supervision of some of the finest doctors in the field.”

The early stages of Alzheimer’s disease is characterised by mild mental issues that may not be widely apparent.

According to the Alzheimer’s association these include forgetting material you just read, coming up with the right word or name and having difficulty performing tasks.

People tend to maintain their independence during these early stages.

“Fortunately, they have managed to slow down this horrific process,” Lawrence added.

“I’m living my life, going out in public and trying to spend as much time as possible with my family and friends while I am still able to engage and enjoy.”

Alzheimer’s is a progressive neurological disorder that causes the brain to shrink as the cells die.

Over time, it will become debilitating, requiring more and more support from carers.

Despite the “horrific” condition, Lawrence’s letter revealed his courageous attitude towards the disease.

He wrote: “I want my beloved fans to know that in spite of this bittersweet moment, what I don’t want is pity or sympathy — I have lived and am living a wonderful, joyous life filled with love, support, and amazing moments.

“With my beloved Eydie, I had one of the great loves of all time; my career has always been there for me as a source of joy and fulfillment; and you, my fans, have shown immeasurable love and support in ways I only could have imagined.”

Becoming a Dementia friend means learning about dementia so that you can help people with dementia in your local community by spreading awareness about the condition.

If you are caring for someone with Dementia, the NHS also offers carers assessments which will recommend things to make your support easier.

Carers are people who help with daily activities for people with dementia, including paying bills, and helping with shopping, according to the NHS.

While there is no cure for Alzheimer’s, there are different palliative treatment options available to help people in late stages living with the condition have the best quality of life possible.

The National Institute for Health and Care Excellence recommends taking into account the nutritional needs of someone with dementia.

It also suggests considering bringing a speech and language therapist in to support the caring process if there are concerns about their safety when eating and drinking.