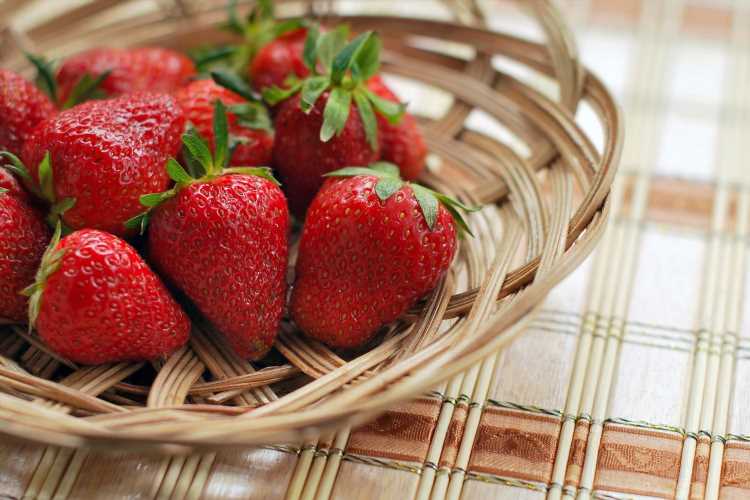 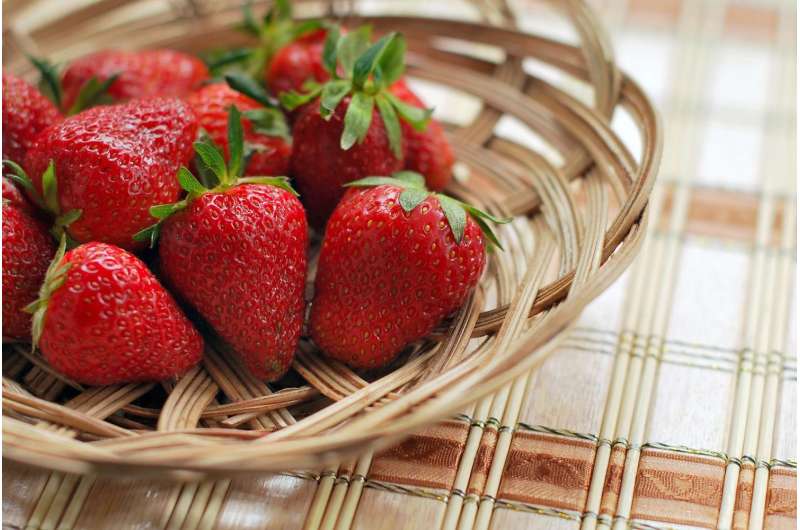 Could strawberries as a snack or in your cereal, salads or smoothie help protect your brain from Alzheimer’s? Maybe so, according to a new study from researchers at RUSH.

RUSH researchers found that a bioactive compound found in strawberries called pelargonidin may be associated with fewer neurofibrillary tau tangles in the brain. Tau tangles are one of the hallmarks of Alzheimer’s disease, which is caused by abnormal changes with tau proteins that accumulate in the brain. The study was published in the Journal of Alzheimer’s Disease on July 19.

“We suspect the anti-inflammatory properties of pelargonidin may decrease overall neuroinflammation, which may reduce cytokine production,” said Dr. Julie Schneider, author of the study. Schneider is associate professor and neuropathologist in the Rush Alzheimer’s Disease Center at Rush University Medical Center in Chicago.

Cytokines are proteins produced by cells and can regulate various inflammatory responses. Inflammation in the brain has been linked to Alzheimer’s pathology such as plaques and tangles. The data suggests that pelargonidin may protect the aging brain from developing Alzheimer’s disease pathology.

Among berries, strawberries are the most abundant source of pelargonidin.

“While pelagonidin should be examined further for their role in maintaining brain health in older adults, this gives a simple change that anyone can make in their diet,” said Puja Agarwal, Ph.D., an author of the study and nutritional epidemiologist Rush Alzheimer’s Disease Center and assistant professor of internal medicine at Rush University Medical Center.

RUSH researchers looked at data they acquired from an ongoing long-term study conducted by the RADC, Rush Memory and Aging Project (MAP), which began in 1997. There was a total of 575 deceased participants with complete dietary information during the follow-up and brain autopsies whose average age of death was 91.3 years. A total of 452 people were non-carriers of the APOE 4 gene and a total of 120 participants with APOE 4, which is the strongest genetic risk factor gene for Alzheimer’s disease. Participants were assessed about diet using a food frequency questionnaire for up to nearly 20 years of follow-up prior to death and standardized neuropathological evaluation after death.

MAP includes people age 65 and older who were residents of more than 40 retirement communities and senior public housing units across northern Illinois. Those who enrolled were mostly white without known dementia, and all participants agreed to undergo annual clinical evaluations while alive and a brain autopsy after death. The results were the same after researchers adjusted for other factors that could affect memory and thinking skills, such as education, APOE 4 status, vitamin E, and vitamin C. The associations were more robust among those without dementia or mild cognitive impairment at baseline.

“We did not observe the same effect in people with the APOE 4 gene that is associated with Alzheimer’s disease, but that may be due to the smaller sample size of individuals in this study who had the gene,” said Agarwal.