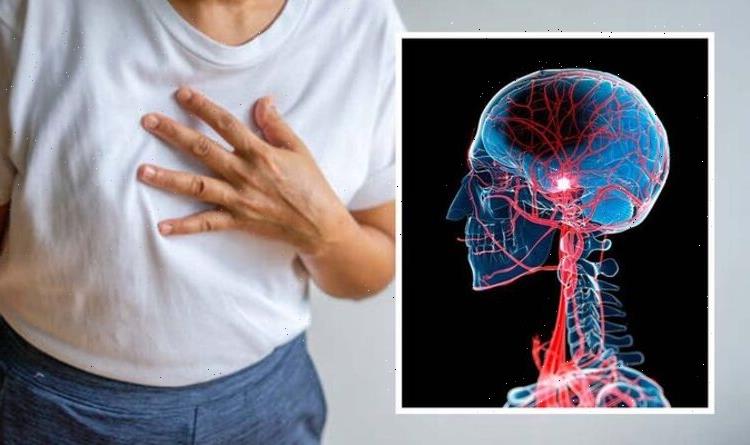 Miriam Margolyes: Coming out 'could be linked to mother's stroke'

The study was recently published in the Journal of the American Heart Association. It found there was a significantly increased cardiovascular risk associated with bipolar disorder, schizophrenia, or schizoaffective disorder (SMI) even in young adults. The researchers suggest this shows the importance of addressing uncontrolled major cardiovascular risk factors in those with SMI at as early an age as possible.

The study looked at patients aged 18 to 75 years with a primary care visit in January 2016 to September 2018, who were included and were grouped into those with and without SMI using diagnosis codes.

It found the 10‐year cardiovascular risk was significantly higher in patients with SMI compared with patients without SMI.

Among SMI subtypes, patients with bipolar disorder had the highest 10‐year cardiovascular risk.

The study found patients with schizoaffective disorder had the highest 30‐year cardiovascular risk.

The Stroke Association (SA) notes: “A stroke can happen to anyone, but there are some things that increase your risk of a stroke.

“It’s important to know what the risk factors are, and do what you can to reduce your risk.”

It adds: “Many people think that strokes only happen to older people, but stroke can strike anyone, at any time.”

Indeed, there are some risk factors that you may be able to influence to help lower your risk.

The SA explains: “The way we live has a big impact on our risk of stroke. Things such as smoking, drinking too much alcohol, being overweight and eating unhealthy foods can damage your blood vessels, increase your blood pressure and make your blood more likely to clot.”

In the UK, the government advises that to keep health risks low, it’s best to drink no more than 14 units a week, and to spread the units over the week. The limit is the same for men and women.

The SA adds: “Being overweight or obese can raise your risk of a stroke.

“Extra weight affects your body in many ways, such as raising the risk of high blood pressure and type 2 diabetes, which are both linked to stroke.“

It adds: “Foods that are high in fibre help to reduce the amount of cholesterol in your blood, so when choosing starchy foods, go for wholegrain cereals, brown rice or grains such as whole wheat couscous.”

Moreover, eating saturated fats can raise your cholesterol and too much salt can increase your blood pressure.

The SA says: “Even making small changes to your eating habits can make a difference to your overall health, particularly if you’ve been told that you’re at risk of having a stroke or TIA.”