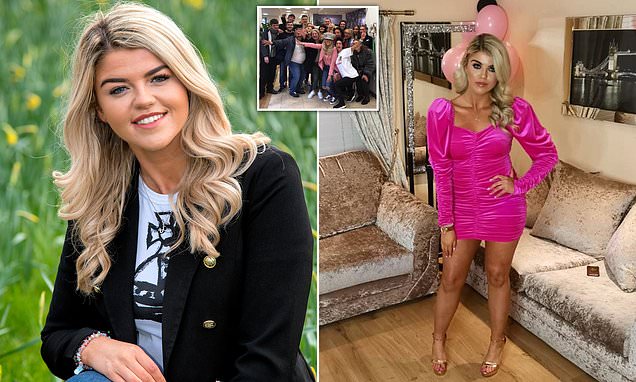 Student nursery nurse, 22, is diagnosed with stage 3 breast cancer after returning home from Ibiza holiday – despite doctors telling her lump was just a cyst

A university student was diagnosed with stage three breast cancer at 22 after a holiday in Ibiza despite doctors telling her it was nothing to worry about.

Nursery nurse Ellie Graham, from Liverpool, discovered a pea-sized lump after experiencing shooting pains in her right side last summer.

Despite initially being told that it was most likely just a cyst and nothing to worry about, she was referred to a breast clinic for further tests.

Ms Graham had an ultrasound and biopsy just to be safe before jetting off for a holiday in Ibiza with boyfriend Joey and friends.

But when she returned in September she was given the devastating news that she had stage three breast cancer and it had started to spread around her body.

After surgery and 15 gruelling rounds of radiotherapy, she is now cancer-free. But the nursery nurse is pleading with young women to check for lumps and ‘even if the doctors tell you it is just a cyst, push for a biopsy.’ 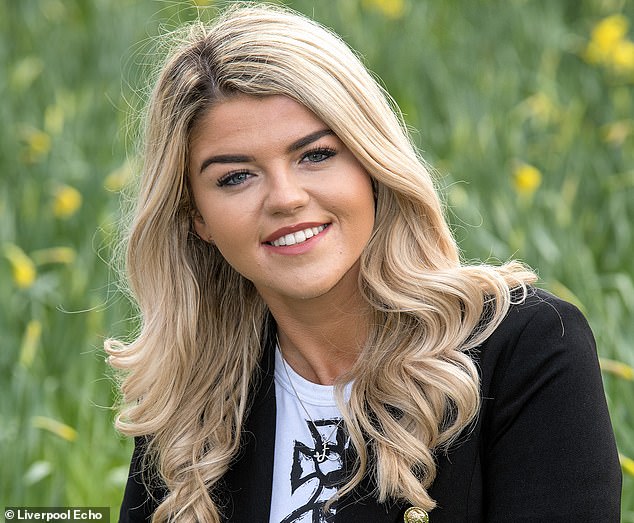 Ellie Graham, 22, discovered a pea-sized lump after experiencing shooting pains in her right side last summer 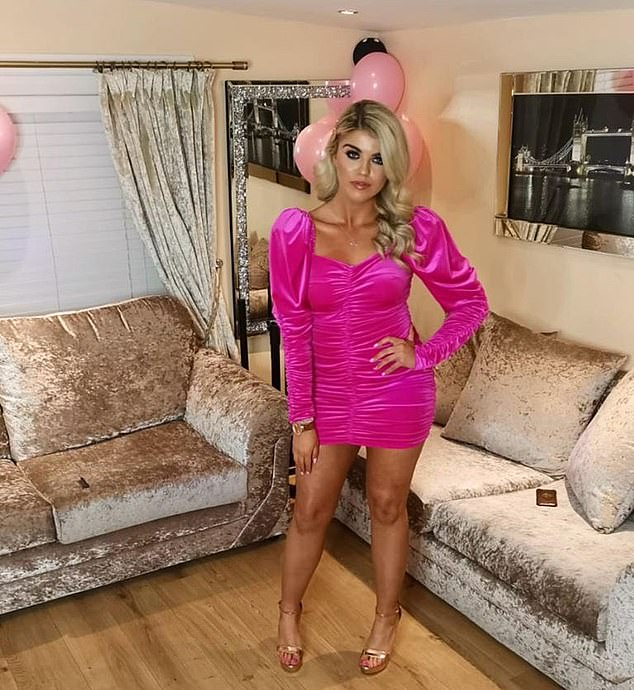 Despite initially being told that the lump was most likely just a cyst and nothing to worry about, she was referred to a breast clinic for further tests 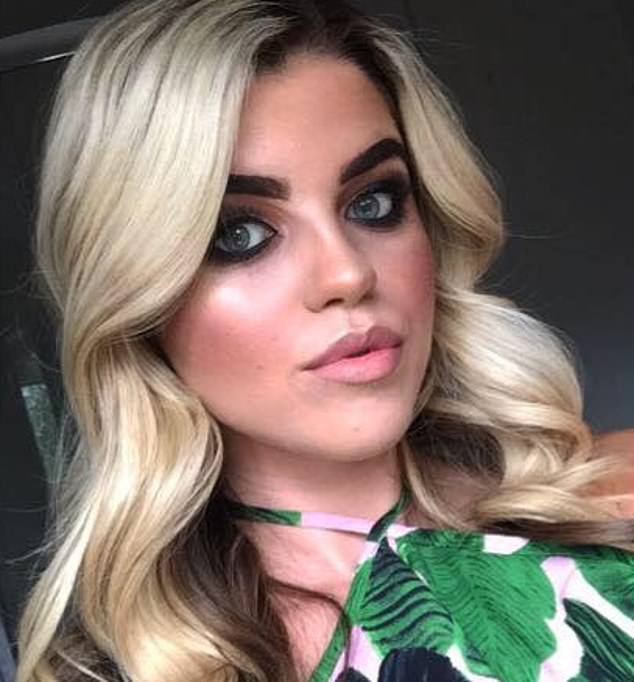 Ms Graham, from Liverpool, had an ultrasound and biopsy just to be safe before jetting off for a holiday in Ibiza with boyfriend Joey and friends

Speaking publicly about her ordeal for the first time, Ms Graham said: ‘I wouldn’t have even thought to check as I’m only 22 but a manager who I work who is in her 50s went for a routine mammogram appointment.

‘When she got the results back she was diagnosed with breast cancer, so that made me a bit more aware.

‘I’d been having shooting pains in my breast for a couple of weeks but I thought it was just hormonal changes.

‘And then four days later I found a lump. It was only small, it was pea sized.’

Ms Graham was referred for further tests just to be on the safe side, but was reassured it was likely only to be a cyst.

She added: ‘They were convinced it was just a cyst but they did a biopsy just in case.

‘I went on holiday to Ibiza with my boyfriend and when I got back we went in to get my results and they diagnosed me with breast cancer. I was in complete shock. It was horrendous.’

The nursery nurse was diagnosed with stage three breast cancer, the fastest growing stage, on September 27, 2019 and was told by doctors that she needed to be operated on as soon as possible.

She became the youngest person to be diagnosed with the disease at the Linda McCartney centre at the Royal Liverpool Hospital. 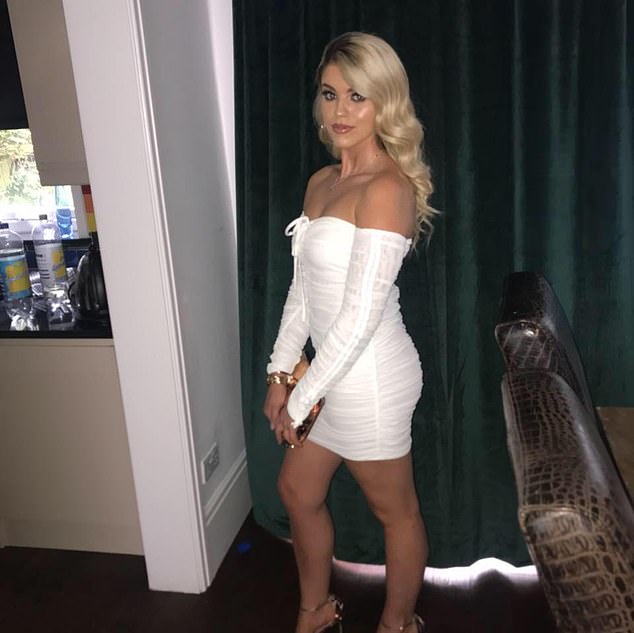 She was at low risk of the cancer returning after the operation so doctors put her on radiotherapy.

Ms Graham hopes her story will help to raise awareness of breast cancer and the signs that women of all ages should look out for.

Around 55,000 women are diagnosed every year with the disease and 11,000 of them die. Most women diagnosed are over the age of 50.

She said: ‘It’s bizarre that you don’t start having routine mammograms [breast cancer screenings] until you’re 50 when I’m only 22 and I got diagnosed.

‘I know other young girls who are only in their 30s who go to the support group I go to and they have breast cancer too.

‘If you’re worried about something, even if the doctors tell you it is just a cyst, push for a biopsy.’

She added: ‘If they hadn’t done a biopsy on me I would’ve just accepted that it was a cyst and not thought about it again. 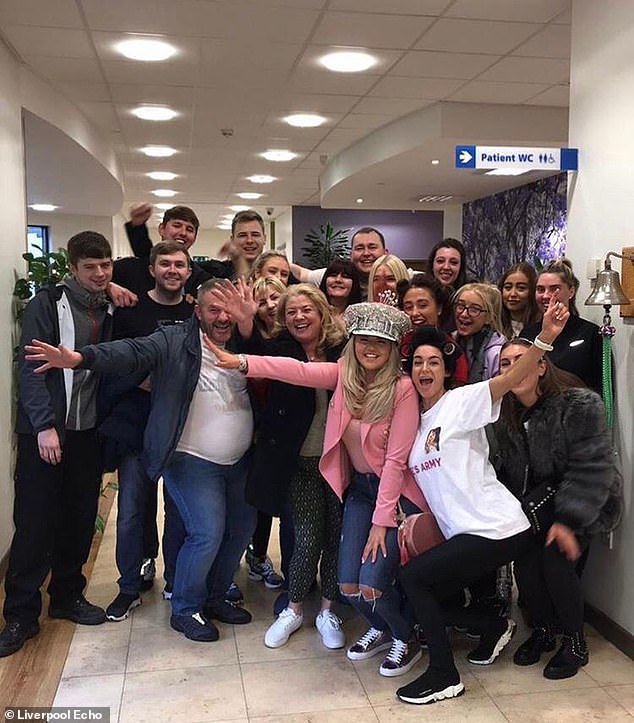 ‘But the doctors told me I was lucky to have found it at that stage because if it had spread to my lymph nodes it could’ve spread around my body.’

She said: ‘It still doesn’t feel real. I can’t believe how long it’s been since I was first diagnosed, I just been in a bubble.

She rang the bell at the clinic on Friday to mark the end of her treatment, surrounded by friends and family.

She said: ‘When I rang the bell the relief I felt, it was amazing. Over twenty of my friends and family were there to watch me ring it.

‘You read a poem out before you do it and I couldn’t even get my words out.’

Since posting the video online it has been viewed over a million times and she has had messages from celebrities.

WHAT IS BREAST CANCER, HOW MANY PEOPLE DOES IT STRIKE AND WHAT ARE THE SYMPTOMS?

What is breast cancer?

Breast cancer develops from a cancerous cell which develops in the lining of a duct or lobule in one of the breasts.

When the breast cancer has spread into surrounding breast tissue it is called an ‘invasive’ breast cancer. Some people are diagnosed with ‘carcinoma in situ’, where no cancer cells have grown beyond the duct or lobule.

Most cases develop in women over the age of 50 but younger women are sometimes affected. Breast cancer can develop in men though this is rare.

Staging means how big the cancer is and whether it has spread. Stage 1 is the earliest stage and stage 4 means the cancer has spread to another part of the body.

The cancerous cells are graded from low, which means a slow growth, to high, which is fast growing. High grade cancers are more likely to come back after they have first been treated.

A cancerous tumour starts from one abnormal cell. The exact reason why a cell becomes cancerous is unclear. It is thought that something damages or alters certain genes in the cell. This makes the cell abnormal and multiply ‘out of control’.

Although breast cancer can develop for no apparent reason, there are some risk factors that can increase the chance of developing breast cancer, such as genetics.

What are the symptoms of breast cancer?

The usual first symptom is a painless lump in the breast, although most breast lumps are not cancerous and are fluid filled cysts, which are benign.

The first place that breast cancer usually spreads to is the lymph nodes in the armpit. If this occurs you will develop a swelling or lump in an armpit.

How is breast cancer diagnosed?

If you are confirmed to have breast cancer, further tests may be needed to assess if it has spread. For example, blood tests, an ultrasound scan of the liver or a chest x-ray.

How is breast cancer treated?

Treatment options which may be considered include surgery, chemotherapy, radiotherapy and hormone treatment. Often a combination of two or more of these treatments are used.

How successful is treatment?

The outlook is best in those who are diagnosed when the cancer is still small, and has not spread. Surgical removal of a tumour in an early stage may then give a good chance of cure.

The routine mammography offered to women between the ages of 50 and 70 mean more breast cancers are being diagnosed and treated at an early stage.

The coronavirus outbreak has...

First US infant death linked to COVID-19 reported in Illinois