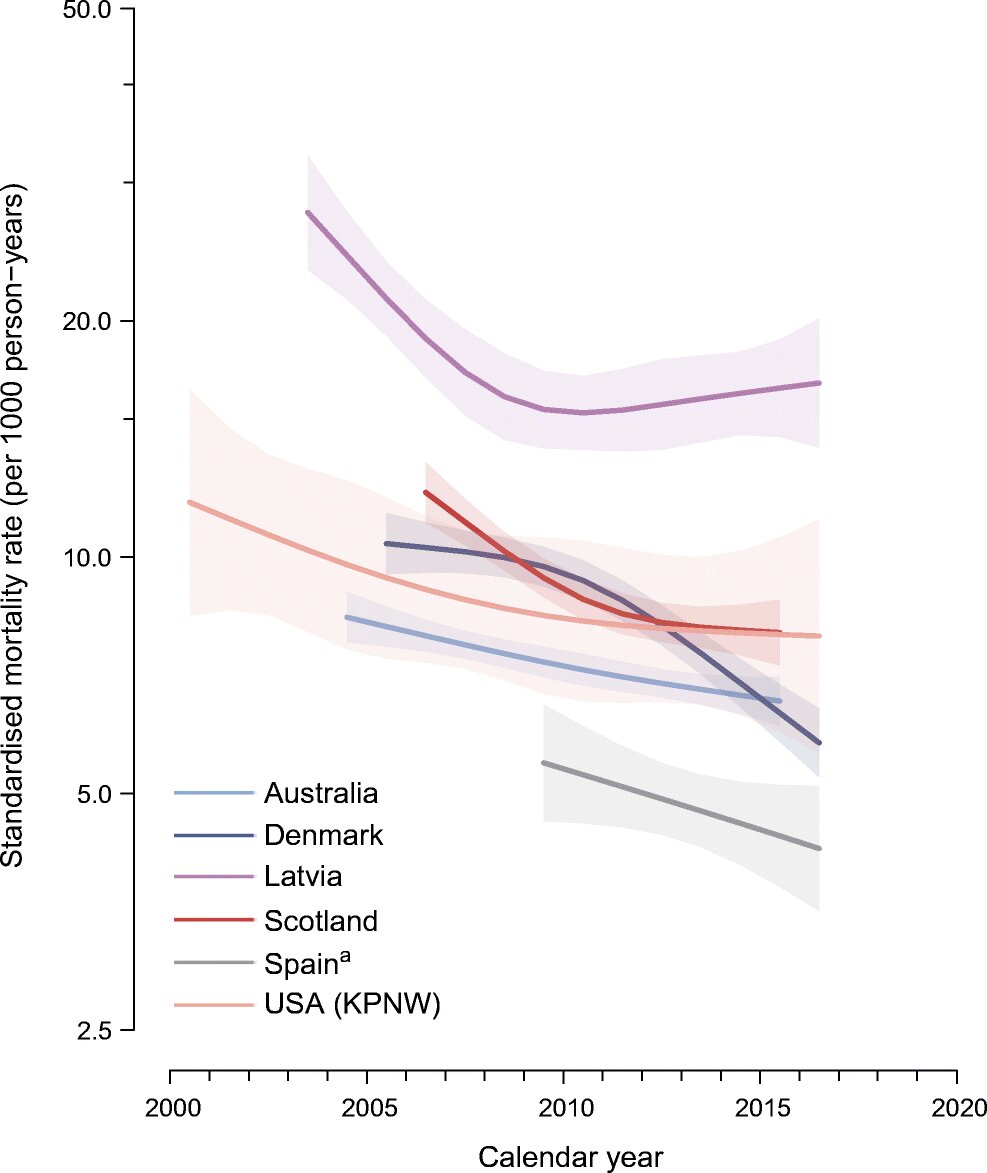 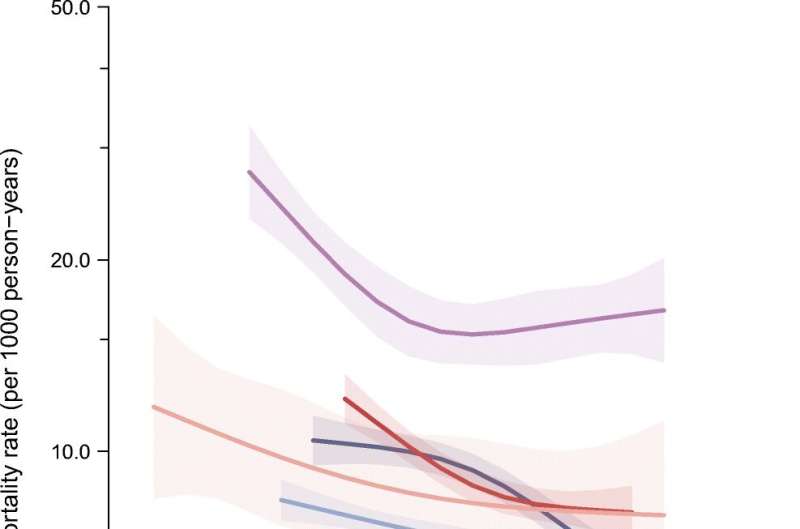 Death rates in people living with type 1 diabetes across a wide range of ages have declined in countries including Australia, the U.S., Scotland and Denmark, according to a study led by researchers from the Baker Heart and Diabetes Institute.

The study, published in leading diabetes journal Diabetologia, is good news for people with this unpreventable autoimmune condition, and indicates that advances in treatment and interventions may be working.

However, people with type 1 diabetes still have a risk of death that is 2–5 times higher than those without diabetes, highlighting there is still much more work to be done.

Co-author of the study and head of the Institute’s Diabetes and Population Health Unit, Professor Dianna Magliano OAM, says this is the first study to look at death rates in people with type 1 diabetes in multiple countries. The increased focus on large data linkage studies and administrative data is starting to provide a vital picture of what is happening globally.

She says the study of populations across six countries from 2000 to 2016 showed that the rate at which mortality was falling was similar for men and for women and across different age groups.

Professor Magliano says cardiovascular diseases are a major cause of deaths in type 1 diabetes although there are other important contributors include renal diseases, cancer, and infectious diseases.

She says decreasing death rates in people with type 1 diabetes may be attributed to the advances in treatment and interventions for type 1 diabetes, as well as the improvement in cardiovascular disease prevention with widespread use of statins and anti-hypertensive medications over the last two decades.

However, global data released by the International Diabetes Federation (IDF) last month, which was co-led by Professor Magliano, highlights some areas of concern. Type 1 diabetes accounts for up to 10% of all diabetes and is increasing. This data also revealed Australia ranks in the top 10 for adult-onset type 1 diabetes.

Type 1 diabetes is an autoimmune condition in which the immune system is activated to destroy the cells in the pancreas that produce insulin. It is not known what causes this autoimmune reaction. Type 1 diabetes is not linked to modifiable lifestyle factors. There is no cure, and it cannot be prevented.

Co-author of the Diabetologia study and Head of Clinical Diabetes and Epidemiology Professor Jonathan Shaw says, “It is critical that we map diabetes trends to inform health strategies, with the ultimate aim of improving the quality of life and preventing complications and death in people with diabetes.

“Australia continues to play a leading role in predicting global diabetes trends. This is critical, in order to ensure that we can deliver the best treatment strategies and work towards prevention.

“There is still a great deal more to understand about type 1 diabetes and we are committed to understand what is driving the increasing cases globally,” Professor Shaw says. “But at least when it comes to death rates, there is some good news.”

Diabetes Australia Group CEO Justine Cain says the research findings are timely given this year marks the 100th anniversary of the first person being administered insulin.