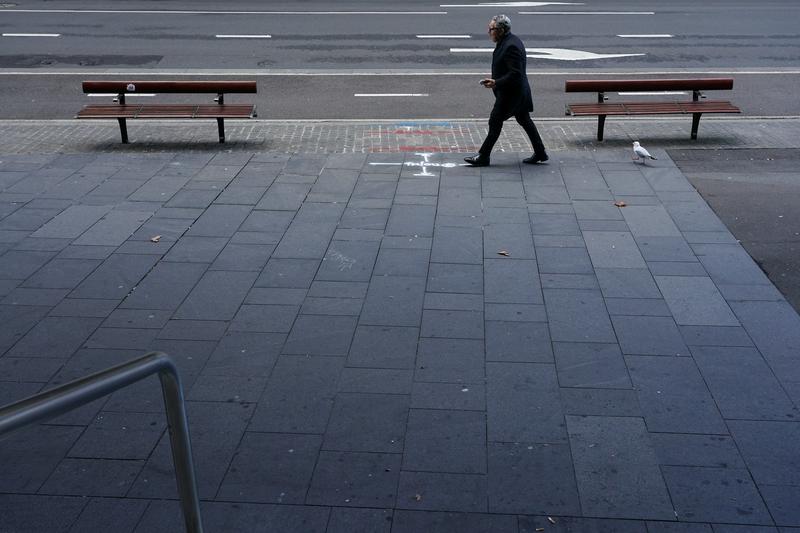 SYDNEY (Reuters) – Australian authorities are widely expected to extend a three-week lockdown in Sydney on Wednesday as a COVID-19 outbreak in the country’s largest city spreads to previously unaffected areas.

FILE PHOTO: A lone man walks up a deserted street in the city centre during a lockdown to curb the spread of a coronavirus disease (COVID-19) outbreak in Sydney, Australia, July 12, 2021. REUTERS/Loren Elliott

Prime Minister Scott Morrison, who has extended financial relief to businesses hit by the shutdown, appeared to jump the gun ahead of an announcement by state officials.

“New South Wales is going into week four of a lockdown and that means the challenges are escalating,” he said on Australian broadcaster Nine Entertainment on Wednesday.

State Premier Gladys Berejiklian is scheduled to speak publicly at 11.00 a.m. local time (0100 GMT). She has repeatedly said that restrictions, currently due to end on Friday, will only be lifted when the number of newly reported cases that were circulating in the community while infectious were close to zero.

The number has dropped in recent days, but remains well above that criteria.

The harbour city of 5 million residents was plunged into an initial two-week lockdown on June 26 as the highly contagious Delta variant started to take hold in a country that has otherwise largely avoided mass infections.

The shutdown was extended and tightened for a further week as daily case numbers surged rapidly. Total infections since the first was initially detected in the city’s eastern suburbs in mid-June now stand at around 800. Two deaths have been reported, the first for the country this year.

The virus appears to have spread to parts of the city previously unaffected, according to a list of potential exposure sites published by health authorities overnight.

The outbreak has also spread to regional areas, with a case detected in Goulburn, about 200 kilometres south-west of Sydney, and has crossed the border to Victoria state where three cases were reported on Tuesday.

The outbreak has started to pressure health services, with queues for COVID-19 tests in Fairfield, in Sydney’s south-west, stretching for kilometres overnight due to new health orders requiring people who leave the suburb for work to be tested regularly.