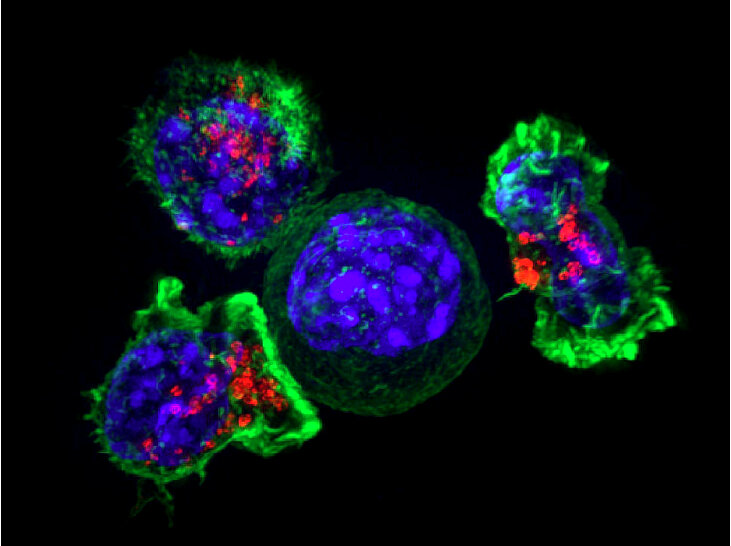 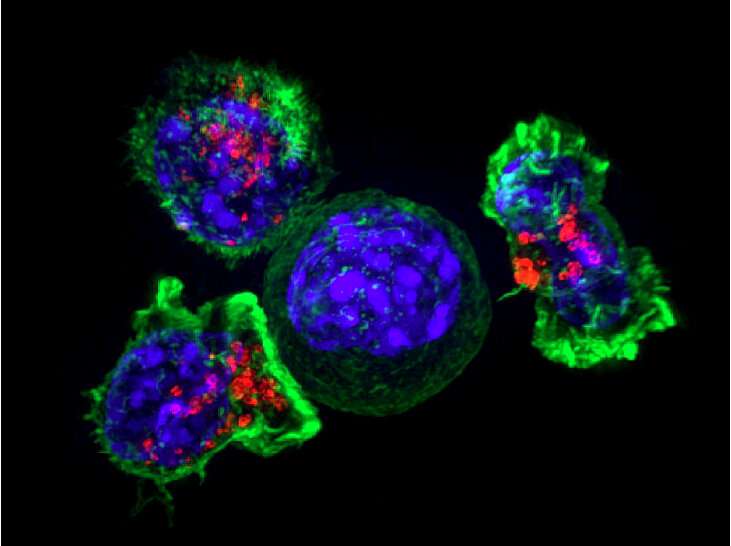 Researchers around the world have been working for years on developing vaccines against different types of cancer, but without much success. Now, Tufts School of Engineering researchers think they have found one that does work. They have devised a method of targeting cancer in mice with a vaccine that is so strong and precise, it eliminates tumors and even prevents their recurrence.

The cancer vaccine works similarly to COVID vaccines from Pfizer and Moderna that deliver mRNA in tiny lipid (fat molecule) bubbles that ultimately fuse with cells in the body, allowing the cells to “read” the mRNA and produce viral antigens, small fragments of the virus that activate the immune system.

The cancer vaccine also delivers mRNA in tiny bubbles, but the mRNA codes for antigens found in cancer cells, and the bubbles, called lipid nanoparticles, can zero in on the lymphatic system—where immune cells are ‘trained’—so that the response is significantly more potent.

“What we are doing now is developing the next generation of mRNA vaccines using lipid nanoparticle delivery technology, with the ability to target specific organs and tissues,” said Qiaobing Xu, a professor of biomedical engineering. “Targeting the lymphatic system helped us to overcome many of the challenges that have faced others in developing a cancer vaccine.” The research was reported in the journal Proceedings of the National Academy of Sciences.

More than 20 mRNA cancer vaccines have been enrolled to date in clinical trials, but usually much of the mRNA ends up in the liver. While antigens produced in the liver can still induce an immune response, there remains a risk of liver inflammation and damage. The response could be more effective and long-lasting if more of the vaccine were directed to the lymphatic system, where B cells, T cells and other cells of the immune system are concentrated and learn to fight off unwelcome intruders.

Xu and his team had previously designed lipid nanoparticles (LNPs) that targeted gene editing packages to the brain and liver, as well as gene therapy to the lungs to reverse a genetic condition in a mouse model. Targeting is achieved by modifying the chemical structure of the lipids that make up the bubbles as well as other additives until the researchers find a combination that prefers to go to the organ of interest. In this case, they found an LNP that concentrated in the lymph nodes after they were injected subcutaneously into mice. The researchers think the LNPs collect molecules from the blood stream on their surface, and those selected molecules bind to specific receptors in the target organ.

The current LNPs used in the Pfizer COVID-19 vaccine were found to favor delivery to the liver vs. the lymphatic system by a four-to-one ratio. The Tufts team reversed that selectivity with their novel LNP to prefer lymphatic delivery over liver by a three-to-one ratio.

The lymphatic system, which includes the familiar lymph nodes that often swell up during an infection, is an important target for vaccines, because that’s where immunity against a foreign antigen, or in this case, a cancer antigen, is acquired. If one thinks of the body as a field of battle—against viruses, bacteria, parasites and tumors—and the B cells and T cells as soldiers, the lymph nodes are the boot camp where the B cells and T cells are trained to be more effective against the enemy.

A key element of that training is the participation of dendritic cells and macrophages—the ‘drill sergeants’ of the immune system that introduce the antigens to the T and B cells and help fire them up.

With more vaccine going to the lymph nodes, the Tufts researchers discovered that the cancer vaccine was absorbed by about a third of the dendritic cells and macrophages. That’s significantly more than obtained with conventional vaccines, and more ‘drill sergeants’ means more trained B and T cell ‘soldiers’ and a more potent response against tumors carrying the same antigen found in the vaccine.

That’s exactly what the researchers found. Mice with metastatic melanoma that were treated with the lymph-targeted vaccine showed significant inhibition of tumors and a 40% rate of complete response—no tumors—with no recurrence in the long-term when it was combined with another existing therapy that helps prevent cancer cells from suppressing an immune response.

All the mice that were in complete remission prevented any new tumors from forming when injected later with metastatic tumor cells, showing that the cancer vaccine led to excellent immune memory.