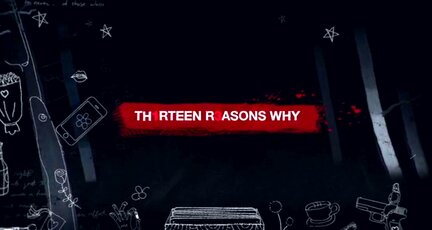 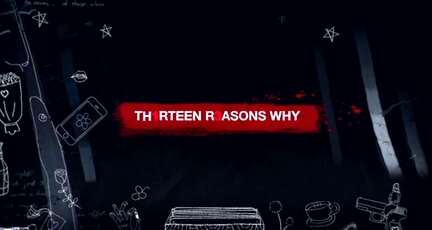 Teenagers interviewed about their views on the suicide portrayed in the controversial Netflix series 13 Reasons Why report being shocked by the graphic detail of the scene, which they saw as excessive, researchers from the University of Otago, Wellington, have found.

The researchers interviewed 25 young people between the ages of 13 and 18 about the show.

The study, which is published in the international suicide prevention journal, Crisis, is understood to be the first to ask young people their views and understanding of the show’s suicide theme.

Lead researcher Dr. Sarah McKenzie from the Suicide and Mental Health Research Group says despite knowing that 13 Reasons Why was about teenage suicide, all the teens interviewed were shocked when they watched the suicide scene.

“They questioned why the show’s creators had included such graphic content, if they wanted teenagers to watch it. They described the scene as ‘shocking,’ ‘upsetting,’ ‘raw’ and ‘confronting’—and most struggled to watch it.”

Dr. McKenzie says the teenagers had a nuanced understanding of the suicide storyline in 13 Reasons Why, viewing it as entertainment, rather than a realistic depiction of adolescent suicide.

“Some believed the show was never intended to be factually correct, rather, they emphasised that it was intended to be an ‘over-dramatic,” ‘fictional’ and ‘exciting’ TV show designed to capture a young audience.”

Dr. McKenzie says the teenagers did not feel they learned anything new about suicide from watching 13 Reasons Why.

“They explained how even if they had no personal experience of suicide, they had an understanding of it before they watched the show because they knew someone directly or indirectly who had been affected by it.

“Most believed 13 Reasons Why gave jumbled messages about suicide awareness. However, for some, the show had a positive influence, by encouraging them to think about the impact that suicide had on others.”

Dr. McKenzie says that while many of the teenagers thought the show had generated more discussion about youth suicide in New Zealand through media reporting and online social commentary, they believed this was largely a result of the ‘shock factor’ of the suicide scene.

The teenagers who were interviewed were more likely to have discussed the show with peers than parents, although any conversations they had were largely superficial.

“Most participants did not find their conversations with friends to be helpful or supportive in terms of the difficult content.”

Dr. McKenzie says the show also failed to facilitate useful conversations between teenagers and their parents.

“Most participants reported their parents only ‘checked-in’ with them after hearing about the controversy surrounding the show. For some, this involved simply asking if they had watched it and if they were okay. For others, it was instructing them not to watch it. Rarely was this followed up with further conversation around the topic of suicide.”

She says those involved in suicide prevention need to do more to encourage, support and provide guidance for discussions between parents/guardians and young people, and address parents’ fears of talking about suicide, reminding them that talking about suicide can—if done in the right way—be beneficial.

Dr. McKenzie says involving and listening to young people themselves is an important and often omitted part of the debate about the depiction of suicide in the media.

“Many participants told us the interviews had provided them with one of the only opportunities they had to discuss the show in-depth and in a way they had been unable to do with their parents and friends.”