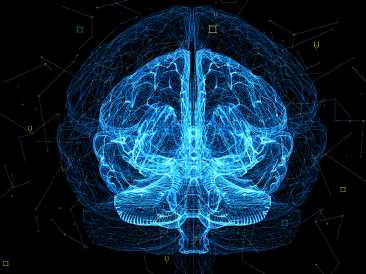 What occurs in the brain when we are deep in slumber? What are the different stages of sleep and what role do they play in learning and memory formation? What about in anxiety and pain? Do neurons and neurotransmitters also play a role? These are the questions we will tackle in this Special Feature, using the latest evidence available. 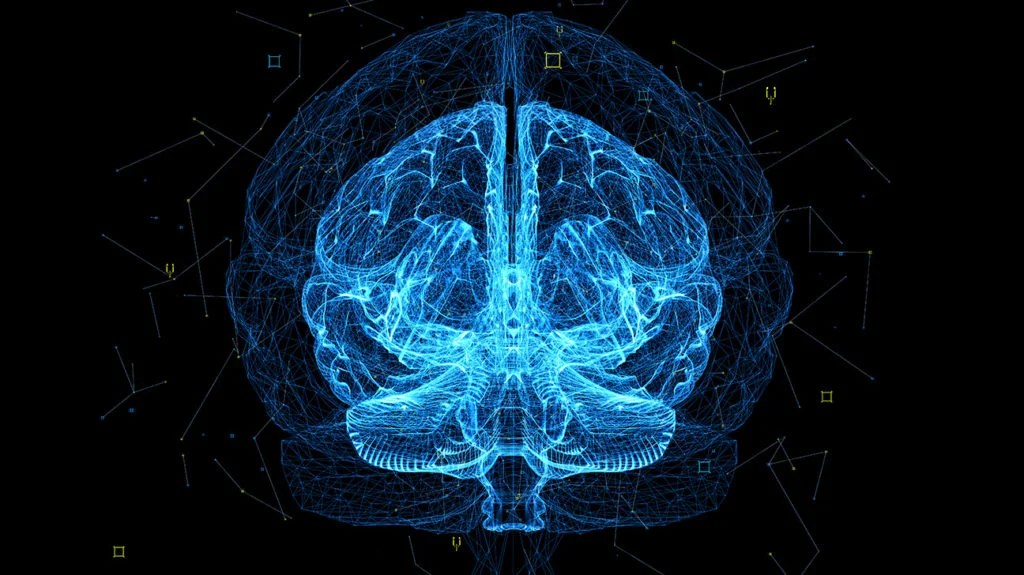 Scientists generally agree that there are four stages of sleep that we cycle through several times each night. The first three form the so-called non-rapid eye movement (REM) sleep and the fourth one is REM sleep — where dreams occur.

In the first non-REM stage, the body and brain transition from wakefulness to sleep. The brain changes its electrical oscillations from the active, wakefulness pattern of brainwaves into a slower rhythm.

Muscle tone throughout the body relaxes. This is the phase during which our bodies may twitch as we enter slumber.

The second non-REM stage involves a drop in the body’s temperature, the heartbeat and breathing become slower, and the brainwaves slow down further. Short bursts of electrical activity in the brain may still characterize this stage of sleep.

The third stage of non-REM sleep is the deep sleep stage, which our bodies need to wake up feeling refreshed and restored. In this stage, heart rate, breathing, and brain activity all drop to their lowest point.

The REM, dream-filled light-sleep stage is the fourth and last one. According to the National Institute of Neurological Disorders and Stroke (NINDS), REM occurs about 90 mins after falling asleep.

During REM, breathing becomes more rapid and irregular, heart rate and blood pressure increase to near waking levels. An interesting fact about REM sleep is that people experience less and less of it as they grow older.

One of the two main things that control sleep is the ensemble of “physical, mental, and behavioral changes that follow a daily cycle” — called circadian rhythms. The term “circadian” comes from the Latin circa, meaning “around” and dies, meaning “day.”

Circadian rhythms respond to the light-darkness cycle and are genetically predetermined, at least in part, and dictated by so-called biological clocks — proteins that interact within cells in every tissue and organ in the human body.

The suprachiasmatic nucleus, a structure in the brain formed by a group of about 20,000 neurons, or nerve cells, coordinates all the biological clocks.

Secondly, the sleep-wake homeostasis also tracks a person’s need for sleep and dictates when they get sleepy. The so-called homeostatic sleep drive increases with the time that a person spends being awake. Its visible effects on brain activity and connectivity between neurons have been well documented.

Another area that has been the focus of much research is the relationship between sleep and learning or memory formation. Scientists know for sure that sleep is crucial for learning — but which stage of sleep is more important?

Does learning occur in the light REM sleep stage or the deep, non-REM phase of sleep? How do neurons in different brain areas coordinate across sleep stages to facilitate learning and memory consolidation?

Two studies that Medical News Today reported on help to shed light on these questions.

In the first study, the experimenters tampered with the study participants’ deep, non-REM sleep stage after asking them to learn a new set of movements. The scientists monitored the participants’ brain activity — their motor cortex, specifically — throughout the study.

The team — led by Switzerland-based scientists — found that a restless deep sleep resulted in a visibly reduced learning efficiency. The researchers’ explained that their results hinged on the brain’s synapses and their roles in learning.

Synapses are microscopic connections between neurons that, together with brain chemicals, or neurotransmitters, facilitate the passing of electrical impulses from one neuron to another. During the day, synapses switch on in response to the stimuli that the brain receives from the environment.

But during sleep, the activity of these synapses goes back to normal. Without this restorative period, they stay excited at their peak activity for too long.

This interferes with the brain’s neuroplasticity — that is, its ability to re-wire itself and create new connections between neurons. Neuroplasticity enables the brain to ‘pick up’ new skills, change and adapt to its environment stimuli, and ultimately learn new things.

Nicole Wenderoth, a professor in the Department of Health Sciences and Technology at the ETH Zurich, and co-lead author explains what occurred in their new study.

“In the strongly excited region of the brain, learning efficiency was saturated and could no longer be changed, which inhibited the learning of motor skills.”

The second study that MNT reported on looked at different sleep stages. However, this research showed that sleep does not just enable the brain to learn new things but also unlearn.

The original 2017 study involved an auditory learning task. The researchers played sound sequences while the participants were asleep and awake.

The EEGs also captured sleep spindles that occurred when the sleeping brain learned new sounds. Sleep spindles are spikes in oscillatory brain activity that previous research has linked with learning and memory consolidation.

After each sleep session, the experimenters asked the participants to re-listen to the sound sequences and recognize them. They assessed their learning performance through tests.

Furthermore, and importantly, not only was it hard for the participants to recognize the sounds that the researchers had played to them in their deep non-REM sleep, but they also found it more difficult to (re)learn these sounds, compared with entirely new sounds.

The findings suggest that deep non-REM sleep is not so much to learn new things as it is to suppress information.

“[The] biggest surprise came from the brain’s ability to unlearn. Thus, it seems that during sleep, we can either form new memories, learn, or do the reverse: suppress memories and unlearn.”

“We do not suggest any functional role for the suppressive effect of information presented during sleep,” they add. “Rather, it seems an inevitable byproduct of the synaptic downscaling needed for homeostatic purposes.”

Andrillon and colleagues also explained that their findings are significant because they help unify two previously contradictory schools of thought. One sees sleep’s primary function as learning and consolidating new information. The other sees it as discarding useless information so as not to overwhelm the brain.

As scientists gather more and more neuroscientific evidence about how sleep works, it becomes apparent that overall, such divisions and dichotomies are perhaps not the most useful way of looking at sleep or the role sleep has in learning.

For example, a study published only last month shows that REM and non-REM sleep work together to boost learning.

Namely, non-REM sleep boosts the performance of newly acquired skills by restoring flexibility and neuroplasticity, while REM sleep stabilizes these improvements and prevents new learning from erasing them.

The new research started from the same hypothesis that the studies above seem to highlight — that sleep must strengthen the synapses and the neuronal connections created during the day (to solidify new knowledge and prevent it from being overwritten by new information). However, it must also ‘downscale,’ or relax or weaken, the synapses to preserve their flexibility and the brain’s neuroplasticity.

This study — led by Masako Tamaki, from the Department of Cognitive, Linguistic, and Psychological Sciences at Brown University in Providence, RI — involved a visual learning task. The researchers assigned one group of participants two different tasks, one before sleep and one after sleep. The other group did not receive any learning tasks.

The scientists used MRI scanners and electrodes that they applied to the participants’ heads and eyelids. They also used magnetic resonance spectroscopy to measure the two brain chemicals involved in neural plasticity (or flexibility of the synapses) and stabilization.

Tamaki and team found that neuroplasticity increased during non-REM sleep. This had associations with better learning and task performance after sleep.

During REM sleep, the participants’ neural plasticity dropped, which correlated with the stabilization of what they had learned. The researchers hypothesize that REM sleep helps prevent learning before sleep from being overwritten by subsequent learning.

Unlike non-REM sleep, the researchers only saw the sharp fall in plasticity during REM sleep among the volunteers with a task to learn.

The neurons that make us forget dreams

It is not just synapses that may help or hinder the learning process during sleep but also the neurons themselves. Some researchers have identified specific neurons with key roles in memory formation that help us ‘actively forget’ dreams.

For instance, research appearing in the journal Science has located some of these neurons in the hippocampus, a brain area crucial for forming memories and learning.

Akihiro Yamanaka, Ph.D., from Nagoya University, Japan, and his colleagues experimented with some of these neurons that produce a melanin-concentrating hormone (MCH) that helps regulate both sleep and appetite.

Yamanaka and team conducted experiments in mice, which showed that the firing of this “particular group of [MCH-producing] neurons during REM sleep controls whether the brain remembers new information after a good night’s sleep.”

Genetically deleting these neurons in mice suggested that these cells “help the brain actively forget new, possibly unimportant information.” What is more, the findings point to the role that these neurons have in forgetting dreams.

Co-lead author Thomas Kilduff, Ph.D., the director of the Center for Neuroscience at the SRI International research institute in Menlo Park, CA, explains.

“Since dreams are thought to primarily occur during REM sleep, the sleep stage when the MCH cells turn on, activation of these cells may prevent the content of a dream from being stored in the hippocampus — consequently, the dream is quickly forgotten.”

Sleep eases pain and anxiety in the brain

The neuroscience of sleep helps explain how sleep helps us learn and forget. It also sheds light on sleep’s pain-relieving and anti-anxiety effects.

For example, a study published last year found that a brain area associated with pain sensitivity (called the somatosensory cortex) is hyperactive in sleep-deprived participants. The findings suggested that not getting enough sleep interferes with the brain’s pain-processing neural circuits.

Additionally, the same study found that activity in the nucleus accumbens area of the brain had dropped after a sleepless night. The nucleus accumbens releases the neurotransmitter dopamine, which heightens feelings of pleasure and decreases sensations of pain.

“Sleep loss not only amplifies the pain-sensing regions in the brain but blocks the natural analgesia centers, too,” explains the senior study author Matthew Walker, a professor of neuroscience and psychology at the University of California in Berkeley.

The team also found that the brain’s insula, which evaluates pain signals and prepares the pain response, was also underactive in sleep-deprived people.

Sleeplessness interferes with this “critical neural system that assesses and categorizes the pain signals and allows the body’s natural painkillers to come to the rescue,” notes Adam Krause, the study’s lead author.

As to the anxiolytic effects of sleep, functional MRI scans and polysomnograms have shown that the medial prefrontal cortex in the brain is key. This region deactivated after a sleepless night in some studies co-led by the same Prof. Walker.

“Without sleep,” Prof. Walker explains, “it’s almost as if the brain is too heavy on the emotional accelerator pedal, without enough brake.” A sleepless night caused anxiety levels to spike by up to 30% in their study, report the scientists.

Furthermore, the study found that anxiety levels dropped after a full night of sleep and that this decrease was even sharper in participants who spent more time in the deep non-REM stage of sleep.

“Deep sleep had restored the brain’s prefrontal mechanism that regulates our emotions, lowering emotional and physiological reactivity, and preventing the escalation of anxiety.”