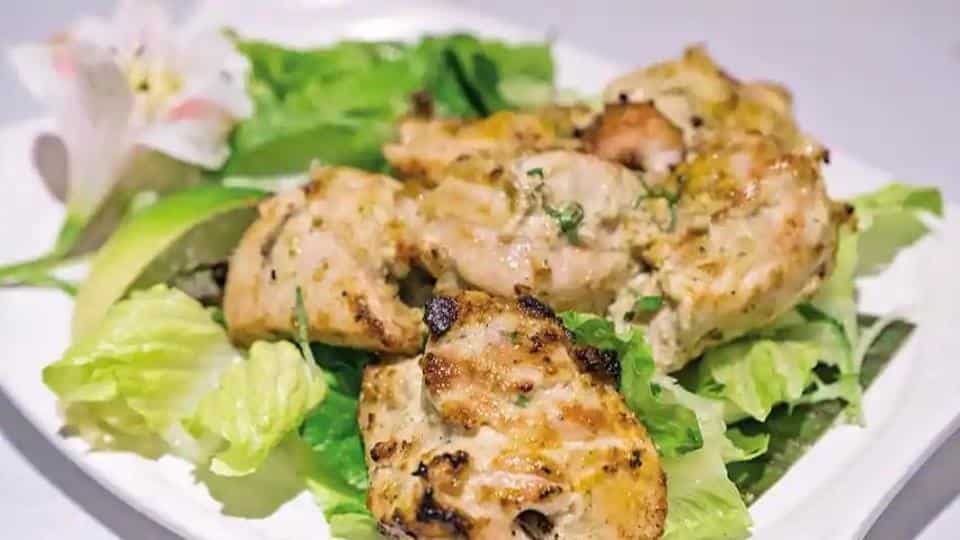 Nutritionists will tell you that till the second half of the 20th Century, fat was not a bad word. It was only after one or two so-called experts persuaded the US government to come out against ‘saturated fats’, that chefs and food-writers began parroting the line that any fat that came from an animal (including milk) was bad for you and that you should only consume unsaturated fats.

The problem with this advice was that most so-called healthy fats (from nuts etc.) had very little in the way of taste. So fat became no more than a neutral means of cooking or frying. A good fat was defined as one that added no flavour to whatever was being cooked.

The exception was olive oil, a ‘healthy’ oil with a distinctive flavour of its own. Many people (myself included) love olive oil because of its taste. But thanks to the perception that it was healthy, people began using all kinds of un-tasty industrial olive oils (including some made from the stone of the olive). They did not realise that many cheaper oils were at least as healthy as olive oil or that, at the end of the day, olive oil is a fat. So if you consume lots of olive oil, you are consuming lots of fat, no matter how ‘healthy’ you have been told it is.

But such is the olive oil craze that people cook oriental cuisines in olive oil (on so-called health grounds) even though the taste of olive oil interferes with the flavours of most Asian food. Ground-nut oil or sunflower oil usually work better.

In recent years, the demonisation of animal fats has been discredited (the health objections were, if not bogus, then certainly over-stated) and people are finally accepting that the flavour of animal fat can enhance the taste of most dishes.

Our ancestors knew this, of course. Why else would they have sung the praises of desi-ghee? And the great French chefs knew it. Auguste Escoffier, who is the father of classic French cuisine, famously said that the three great secrets of his nation’s cuisine were “butter, butter and butter.”

When we talk about fat, we often think of it only as a cooking medium. But we forget how many dishes use fat for texture and taste. Traditional French bakers will tell you that the best way to make your croissants flaky is to use animal fat along with the butter.

Kababwallas would be lost without fat. Go to any popular kabab guy in any city and watch as people rave about the tenderness of his kababs. Often they will praise the tenderness even more than the taste. But they don’t always realise that in keema kababs, this tenderness is only a function of how much fat goes into the meat.

So it is with the great kababs of Avadh. You can’t make a galouti or a kakori without the right fat. Avadhi chefs know which part of the goat yields the best fat for each dish. A kakori, for instance, needs suet, or kidney fat.

In the West, the role of fat has been much more openly acknowledged. In the late medieval era, the food of the poor consisted of such dishes as potatoes with a piece of bacon. There wasn’t much bacon in the dish but its fat flavoured the potatoes. In fact, the point of bacon is the fat, not necessarily the lean part. That is why it is a base ingredient in so many dishes, and in working men’s caffs in the UK the bacon is deep-fried so that the fat crisps up.

Fat is the key to a great steak. In such countries as the US, steaks are graded by government-run bodies. They undergo rigorous inspections to qualify for such grades as US Prime. The meat inspectors always look for marbling, for those little specks of white that can dot the surface of the steak. The white specs are bits of fat as are all the veins on the surface of a steak. The inspectors know that when the steak cooks, these fat little specks will melt and infuse the meat with their flavour and make it more tender.

With Wagyu, the search for fat is more intense. The animals that are used for Wagyu breeds are those that yield a fattier meat. When the meat is graded, the fat content is crucial. Some people (me!) like the fat in its own. One way to enjoy Wagyu is to torch the lean meat and drink it with red wine while the fat, cooked separately, goes with a good white wine.

Often, great delicacies are only about fat. People who eat foie gras are surprised to find that it does not taste of liver though it is, of course, the liver of a goose or duck.

There is a reason for this. The Romans developed a taste for the liver of migrating geese. They discovered that when geese were ready to migrate, they ate and ate, storing the food as fat in their livers. They would not stop to eat along the way on their long migratory journeys but would survive on the fat they had stored in their livers. In the process, the liver gave up its glandular meat taste and took on a fatty richness. The Romans, who liked fat, started the craze for foie gras that persists to this day.

And then there are people who mainline fat. I am one of them. In most cold countries, they cure lard or fat from say, the back of a pig and serve it like a cold meat (in thin strips—like ham, for instance). I once went to Moscow when temperatures were sub-zero and everyone consumed vodka and strips of lard to keep warm.

But it is the Italians who have turned lard (they call it lardo) into an art form. They cure lard so beautifully that when you slice it thinly, you get translucent strips of heaven. Lardo has a low melting point so if you put the strips on your palm, they start sweating. Ideally, once the lardo has warned up slightly, you pop it in your mouth where it melts, filling your palate with a refined porky richness.

The best lardo comes from Colonnata where it has been made from Roman times. It is back fat cured with rosemary and other herbs and takes months to prepare. Legend has it that it is cured in basins made from the local marble. I have no idea if this legend is based on fact but what is clear is that this lardo is so prized that there is now a huge market in fake Colonnata lardo and the town guards the real thing very carefully.

The Spanish are not as famous for lardo but their celebrated Jamon Iberico is really all about the fat. The Spanish claim that the black acorn-fed pigs that the ham is made from have a special ability to process fat through their pores. So a slice of real Jamon Iberico (not Jamon Serrano, which is also very nice, but different) sweats like lardo and delivers an even more deliciously complex fat bomb to your palate.

But why look so far for examples of the power of fat. Think of the uses we put full fat milk to. The great North Indian dessert Malaiyo (also called Nimish or Daulat ki chaat) depends on the cream that is skimmed off the surface of fatty buffalo milk. And most Punjabis will have eaten malai toast at some stage. All you need to do to make it is to put malai on bread and sprinkle some sugar on top.

And butter makes everything better. Try a Gujarati-style variation. Make some toast (you don’t need artisanal bread; Britannia will do but obviously the better the bread, the better the taste), smear it with butter (Amul is fine) and then, with a knife, coat the butter with the masala of a mango pickle. The butter and pickle flavours will go better than you can ever imagine.

So, remember two things. All that butter-is-poison rubbish has now been discredited. So you can enjoy animal fats. And don’t think of fat as something you use for cooking. It can be delicious on its own.