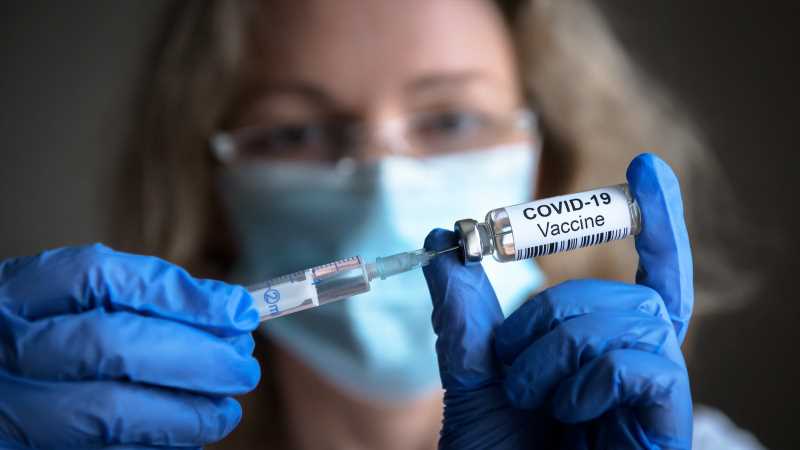 The first doses of the COVID-19 vaccine were administered back in December 2020, according to The Washington Post, but that was only under the emergency use authorization by the FDA. Despite it being five months later, Pfizer, Moderna, and the Johnson & Johnson vaccines still haven’t received full approval by the FDA. If you’re worried by that, you shouldn’t be. While they may not have the full FDA approval, all three vaccines have been authorized for use by the FDA.

According to the president of the Academic Institute at Houston Methodist, Dr. H. Dirk Sostman, “If a vaccine has received EUA, it means the FDA has deemed it safe and effective” (via Houston Methodist). In fact, each vaccine went through multiple clinical trials and testing before it was even made public. If at any point, one of the vaccines was deemed unsafe, it would have been pulled immediately. You may remember there was a slight pause in the Johnson & Johnson vaccine after it was revealed that six women out of the more than seven million people who were given the vaccine developed a rare blood-clotting disorder after receiving it, according to The New York Times. That pause has now been lifted by the FDA with an amendment about the blood clots, and it seems people are still eager to receive it (via The Washington Post).

Considering each one of the COVID-19 vaccines has had its emergency use authorization for months now, many may wonder why they still haven’t received full approval.

Pfizer can apply for full FDA approval this month

The U.S. declared the COVID-19 pandemic a national emergency on March 13, 2020, according to The American Journal of Managed Care. The reason things are starting to get back to normal a little over a year later is because of the emergency use authorization. According to CNN, it takes way less time to receive authorization than full approval by the FDA. It was quite literally an emergency situation, which is why Pfizer, Moderna, and Johnson & Johnson went with the EUA rather than waiting. It saved lives, but now, these vaccines can start applying for full approval by the FDA, now that they have phase 1 and 2 safety data and are receiving phase 3.

Actually, Pfizer can apply this month, according to ABC 10 News. Moderna would follow right after, because it will soon have six months worth of data, which is what is required to submit for full approval. Since Johnson & Johnson is the most recent vaccine to receive EUA, it would be third to seek full approval. CNBC reports that Pfizer will most likely apply at the end of the month, which is good because once the pandemic is deemed over, the EUA for these vaccines will be revoked.