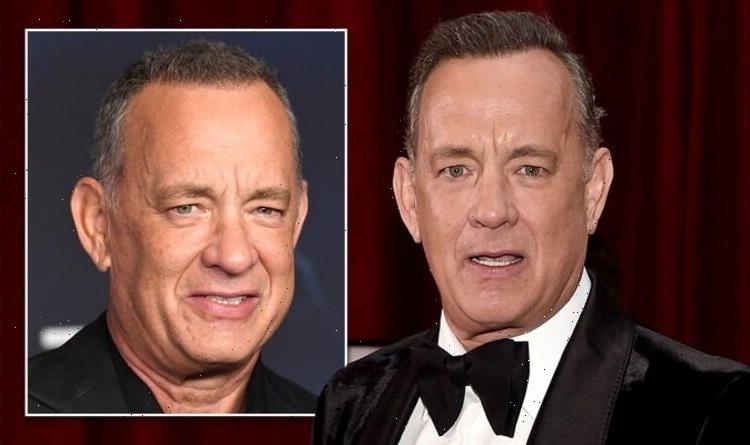 Tom Hanks, 65, announced his type 2 diabetes diagnosis on the Late Show with David Letterman back in 2013. Hanks said: “I went to the doctor, and he said, ‘You know those high blood sugar numbers you’ve been dealing with since you were 36? Well, you’ve graduated! You’ve got type 2 diabetes, young man’.”

The star was told by doctors that if he hit a lower target weight, roughly the same weight as teenage Tom Hanks, he would rid himself of the disease.

“Well, I’m going to have type 2 diabetes then, because there is no way I can weigh [what I weighed] in high school,” he said with a laugh on Letterman’s show.

Type 2 diabetes is the more common disease between that and type 1 diabetes. Unlike type 1 which is largely caused by genetics, type 2 is mostly associated with obesity, as well as old age.

The star told Radio Times: “I’m part of the lazy American generation that has blindly kept dancing through the party and now finds ourselves with a malady.”

Type 2 diabetes occurs when your body doesn’t produce enough insulin, the hormone which removes sugar from your blood because your body becomes desensitised to the sugar.

Your pancreas, where insulin is made, also becomes overworked.

The sugar, which isn’t being removed from the blood, builds up, increasing the risk of conditions like heart disease, stroke which are caused by high blood pressure.

“I was heavy. You’ve seen me in movies, you know what I looked like. I was a total idiot,” Hanks added.

“I thought I could avoid it by removing the buns from my cheeseburgers.”

The multiple Academy Award winning actor, famous for films like Castaway, Big and Forrest Gump, also suggested that his fluctuating weight between filming Castaway and Philadelphia may have been to blame.

The good news about type 2 diabetes, as Hanks pointed out, is that its effects can be reversed.

But as Hanks also pointed, this will require a lot of hard work but can significantly reduce your risk of developing serious illnesses.

How to put your type 2 diabetes in remission

Remission, the disappearance of the disease, is defined very specifically by the NHS.

They say it is when your HbA1c levels, in other words the number of blood cells with sugar molecules attached to them, reaches less than 48mmol/mol on two occasions, at least five months apart and you are not taking any diabetes medication.

The health body has some clear advice on how to achieve this.

It states: “Losing around 15kgs within three to five months significantly increases your chances of remission.”

However it is important to do this safely and quickly, so you should speak to your doctor before you begin to make sure remission is for you.

Rapid weight loss has many serious physical risks, including the onset of gallstones.

One of the most effective ways to lose weight is through a low-calorie weight-loss programme, of around 850 calories per day, according to Diabetes UK.

Spotting symptoms of the condition in the first place is also important. The charity lists the following as “common symptoms”:

Going to the toilet a lot, especially at night.

If you experience any symptoms of type 2 diabetes, speak to your GP.