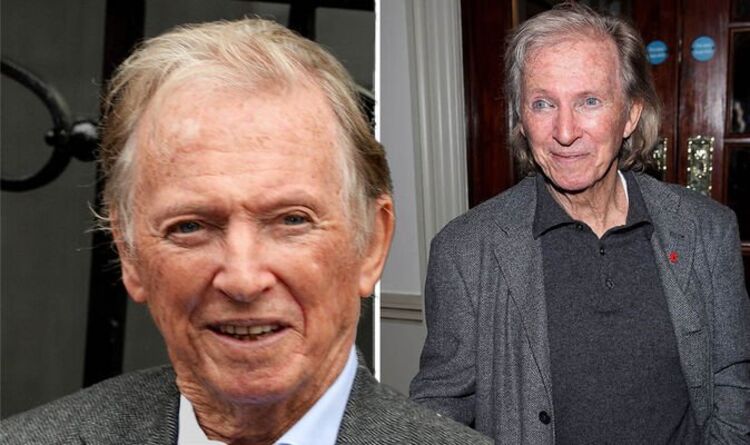 Considered Britain’s first popstar, the star has been in the industry of show business since the 1950s. By the 1960s Steele was an all-round entertainer having appeared in West End theatre productions and multiple musical films. Celebrating 65 years in the industry last year, Steel authorised a biography called A Life in the Spotlight, which looked back on his hugely successful career from the health conditions he battled in childhood all the way to receiving his vaccination against COVID-19.

Born in Bermondsey in London back in 1936, Steele always dreamed of being a star. But unfortunately for him, most of his childhood was plagued by illness.

Before reaching the age of 11, the star was ill for a whopping four years, consistently in and out of hospital, firstly after an attack of porphyria – the neuropathic illness which affects the stomach and drove King George III mad – followed by spinal meningitis and pneumonia.

It was just after the First World War that Steele first fell ill, the disorder leaving him hospitalised in a sanatorium for nine months.

Speaking about his health ordeal back in 2015, Steele recalled: “The war had been over three or four years, and I was trapped in a hospital bed.

“It was only when these red spots exploded on my ankles the docs realised I had the King’s Disease. When I learned of the madness I panicked – and so did my mum.”

The Mayo Clinic explains that porphyria refers to a group of disorders that result from a buildup of natural chemicals that produce the enzyme porphyrins. This is essential for the function of haemoglobin — a protein in your red blood cells that links to porphyrin, binds iron, and carries oxygen to your organs and tissues.

With Steele’s explanation of his symptoms, it is likely that he suffered from cutaneous porphyrias, which causes a variety of skin symptoms as a result of sensitivity to sunlight, whereas King George III most likely suffered from acute porphyria as this causes confusion, hallucinations, paranoid and disorientation.

As well as blisters exposed on the skin that can burst, other possible symptoms of cutaneous porphyrias includes:

Nowadays the condition is rare, with fewer than 200,000 people affected by the condition, but certain environmental factors may still trigger the development of symptoms. When exposed to the trigger, porphyrins start to build up, causing unpleasant symptoms.

Examples of common triggers include the following:

After being successfully treated for porphyria, Steele’s health battles were far from over as he was then subjected to “another four months” in hospital with pneumonia and spinal meningitis.

Pneumonia is a potentially life-threatening infection that inflames the air sacs in one or both lungs. These air sacs fill with fluid or pus and cause a cough with phlegm, fever, chills and difficulty breathing.

Meningitis is another dangerous infection that infects the protective membranes that surround the brain and spinal cord. Although it can affect anyone, babies, young children and teenagers are most at risk of the condition.

The NHS warns that symptoms of meningitis develop suddenly and can include:

Both of the above conditions can be spread through bacteria or a virus, meaning that sneezing, coughing, kissing and the spreading of germs can put you at risk.

“In all, I spent about four years in hospital and I’ve never been ill since,” Steele added, looking back on his childhood.

“Although you have to be mad to go into showbiz.”

Whilst in hospital, Steele revealed that he read avidly: “First comics, then the Hornblower books, Dickens and all the classics,” he added, before going on to say that his enforced confinement as a child “gave [him] his life”.

Now at the age of 85, Steele has seen another type of deadly virus affect the entire world after the COVID-19 pandemic first began in 2020. Back in February 2021, Steele received his vaccination at Lord’s Cricket Ground, which he called a “good day for all”.

In a statement Steele said: “I was invited along to have my Covid vaccination at Lord’s Cricket Ground. When we were all standing in a queue waiting to go in, it reminded me of what it was like during the war for all of us. But this took only minutes and the NHS staff and volunteers were all simply wonderful!

“Of course, in true British humour, as I left the ground a smiling gate keeper said goodbye with the immortal words… ‘You know we play cricket here too!’ A good day for all.”