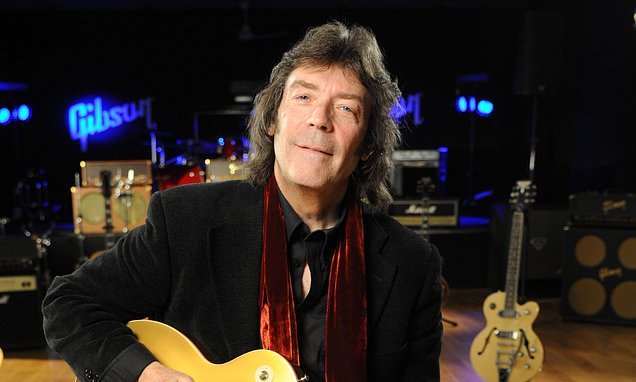 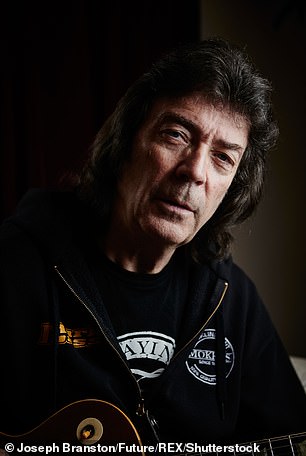 Steve Hackett: ‘Most people don’t realise how heavy an electric guitar can be — if I dropped mine it would break my foot!’

Can you run up the stairs?

I can — I live in a three-floor home — but I don’t do it very often. Playing live on stage for 2½ hours keeps me fit. Most people don’t realise how heavy an electric guitar can be — if I dropped mine it would break my foot!

Get your five a day?

At home, yes, but when I’m on the road I just have to grab what I can — that’s the reality of life on tour.

I’m 5ft 10in and weigh just over 11st, which I think is about right. I’ve been avoiding carbs recently — I used to eat tons of bread — and I’ve lost a stone without really trying. Every now and then you’ve got to have a bit of a splurge though.

I used to come off stage after a Genesis show and drink three glasses of chilled German wine, but now I’m virtually teetotal. I smoked about 40 a day, but quit when a medium told me I had a shadow on my lung. I was 25 and I’ve never touched one since.

My late father developed Parkinson’s in his mid-60s. My mother June is in her 80s and still going strong.

A hand injury in the Seventies. Peter Gabriel had just left Genesis and I was going through a divorce from my first wife. I was on edge and squeezed a wine glass too tightly, shattering it and severing a nerve in my left hand.

I had a bit of nerve taken from my wrist to reconnect the one between my thumb and forefinger. I had to learn how to play the guitar with less movement in my thumb.

I take red yeast complex to lower my cholesterol and shark cartilage in the hope that I won’t get arthritis.

If I’ve got a headache and can’t sleep, I’ll perhaps strum on my guitar. I only take medication as a last resort. 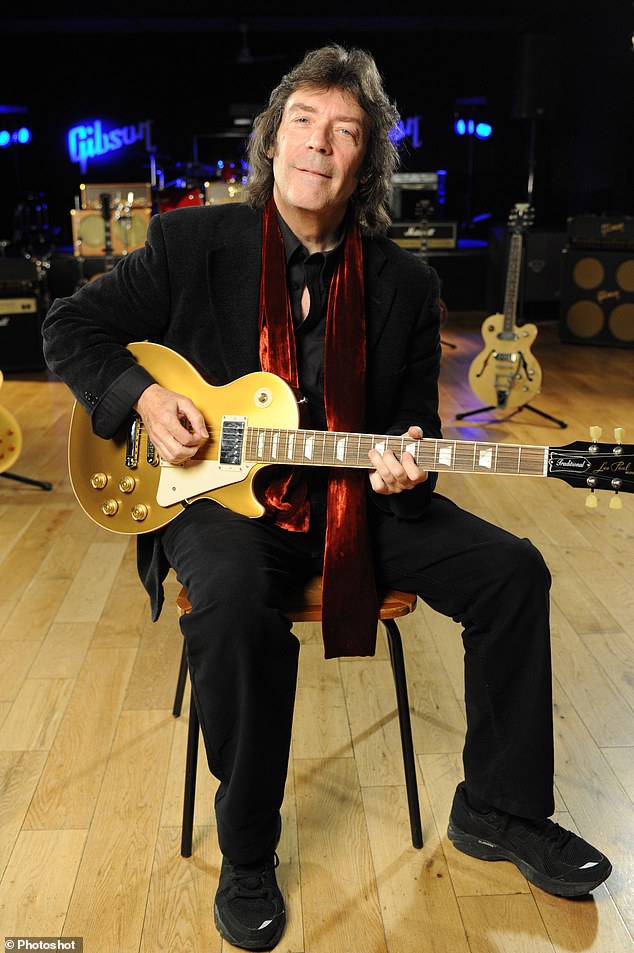 I had an inexplicable long-term pain in my big toe, which went away with spiritual healing.

Yes, usually around divorce time — I’ve been divorced twice, and found it depressing each time. But I’m very happy with my wife, Jo, and certain there will be no third divorce!

What keeps you awake at night?

Music, if I’m turning over song ideas in my head. Occasionally, I’ll have to get up and write the words.

Yes, so long as I was in good health. But I believe that we’re spiritual beings in human bodies and that there is some kind of afterlife.

Steve’s new studio album At The Edge Of Light is out now. He embarks on a UK tour in November.