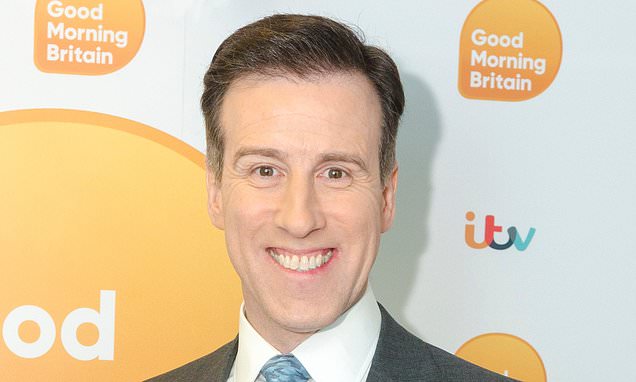 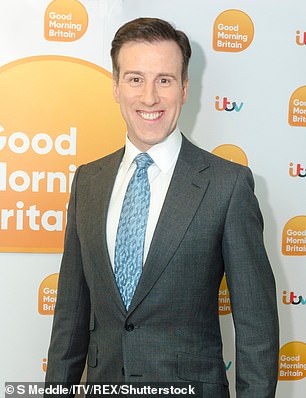 Can you run up the stairs?

With our twins [his wife Hannah, is a marketing executive] now 23 months, I have to! I’m always lifting them up and running after them.

I do press-ups with the two of them on my back, which they think is the best game ever.

I’ve got a personal trainer, Jessica Blake, who has a dancing background so she understands the demands on my body and what I need to do to stay in shape. I try to see her three times a week.

Without fail. I always have breakfast — porridge with coffee or tea — before I leave for the studio to film Strictly otherwise my brain won’t work and half an hour after arriving, I’ll start snacking on rubbish.

I have lunch and dinner at the studio and opt for something light — fruit, a salad, chicken or fish.

The last thing you want to do is load up on something lovely but heavy like a shepherd’s pie if you’re rehearsing.

I’m a sucker for pastries.

With my family, it’s all about lifestyle choices. My mother, who is Spanish and eats a healthy Mediterranean diet, is in her late 70s. My father, who smoked and drank all his life, died almost 18 years ago when he was 61.

As a toddler, I had serious bronchitis and had to be hospitalised, but I don’t remember much about it. 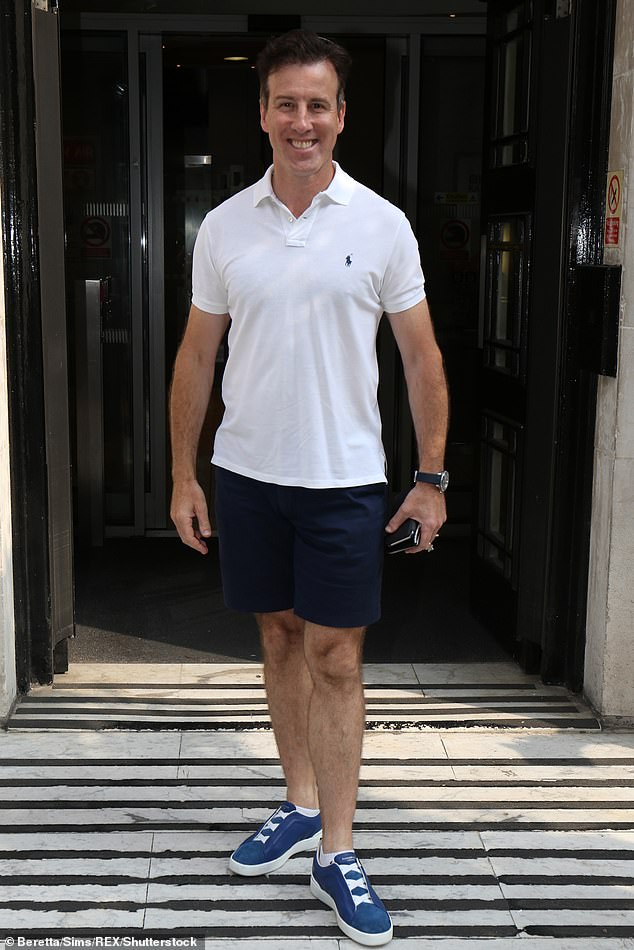 I’M stoical about pain but, as the twins get older, I’m fully expecting to step on their Lego in bare feet at night, which I gather is excruciating!

I don’t usually, but with the twins having been sick, when the winter bug season began, I started taking immune-boosting supplements like vitamin C. I had flu on the Strictly tour in 2017 and I want to avoid a repeat of that as it was no fun performing while feeling rubbish.

Not per se. But since becoming a parent, I seem to be constantly worrying about the twins, especially when they are ill.

I’ve been teetotal for more than 30 years, since I got drunk once when I was 18 and had a horrific hangover. I thought: ‘Never again!’

Beeing told I have to do I’m A Celebrity; spiders, heights, confined spaces and being stuck in a coffin are among my worst fears.

Yes — I’ve always had a massive fear of death, more so now I’m a parent. I’m much happier on this side.

Anton’s novel One Enchanted Evening (Zaffre, £7.99) is out in paperback later this month.