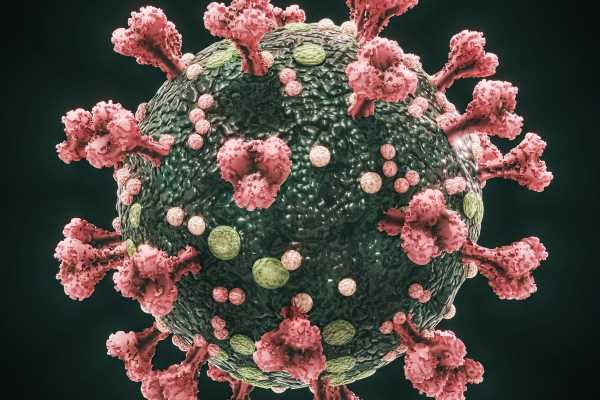 Various studies have reported the effects of coronavirus disease 2019 (COVID-19) on the respiratory organs and non-respiratory ones, including the brain. However, there is still a lack of knowledge about the SARS-CoV-2 uptake mechanism involved in the viral entry into the human cerebrovasculature cells.

The team obtained human cerebral microvascular endothelial cells (hCMEC/D3), human
brain vascular smooth muscle cells (HBVSMCs), and human brain vascular pericytes (HBVPs). The cells were expanded separately and then pre-incubated with the inhibitor before being exposed to SARS-CoV-2 S protein in an incubator. S protein uptake without the inhibitor was then estimated as a percentage of control wells.

The in vitro cell viability of the unlabeled wild type (WT) S protein was evaluated by the MTT (3-(4,5-dimethylthiazol-2-yl)-2,5-diphenyltetrazolium bromide) assay. The team also used immobilized recombinant human angiotensin-converting enzyme 2 (ACE2) to assess its binding ability to the S protein.

Images of the whole well were taken, followed by all fluorescence quantification. The custom pixel classifiers measured the fluorescence intensity while the cell count was calculated using Qupath's cell counter. Furthermore, primary antibodies were used in the immunocytochemistry (ICC) and imaged.

The study results showed that the uptake mechanism associated with the SARS-CoV-2 WT S proteins (SP-555) was mostly observed on the hCMEC/D3 cell surface while the HBVP and HBVSMC cells showed more internalization. Also, each cell type reached equilibrium after six hours since the 100 nanometers (nm) SP-555 signal started. Furthermore, the endothelial cells showed the lowest ability to uptake S protein compared to the smooth muscle cells and the pericytes, possibly because of the different cell sizes.

Similar binding affinities were observed for the HBVMC and the hCMEC/D3 cells, while ACE2 and SP-555 binding showed lower values than the other two. Notably, SARS-CoV-2 S was not toxic towards the type of cells tested in this study. Also, in the MTT assay, increased levels of formazan were found at higher S concentrations in the hCMEC/D3 cells, indicating elevated metabolic activity in these cells because of the higher mitochondria content present in the cerebral endothelium.

The team also noted receptor binding in the S uptake patterns in the cell types, highlighting ACE2 as the major binding site for the viral protein. Notably, interactions between ACE2 and SP-555 were also confirmed, while these interactions were localized twice more in the hCMEC/D3 cells than in the other two cell types studied.

A 40% reduction of SP-555 uptake in the presence of excess unlabeled αACE2 indicated the co-localization of SP-555 with αACE2. On the other hand, excess unlabeled S protein reduced the bound labeled S protein uptake by 50% to 60% for the three cell types. The assessment of S uptake at different temperatures showed that the uptake was 2.2 to 5.5 times higher at 37oC than at 4oC, suggesting greater protein interaction with the cell types at 37oC.

The study showed that a sialic acid-binding lectin, called wheat germ agglutinin (WGA), increased the uptake of SP-555 by 2.4 times in the hCMEC/D3, 3.2 times in the HBVP, and 1.4 times in the HBVMC cell types. In contrast, a polysaccharide glycosaminoglycans (GAGs) called heparin reduced the S uptake by 30% to 60% in the HBVMC and the HBVP cells, while no such change was observed in the hCMEC/D3 cells. Anti-ganglioside 1 (GM1) antibody (αGMI) also reduced the S protein uptake by 60% to 80% in the three cell types. Moreover, the decrease in uptake observed in the presence of both αACE2 and αGM1 antibodies was similar to that observed with αGM1 alone.

To summarize, the study findings showed that the mechanism of SARS-CoV-2 S protein uptake via the GM1/lipid raft is crucial as the inhibition of this entry point can serve as a potential target against SARS-CoV-2 infections.

Bhavana Kunkalikar is a medical writer based in Goa, India. Her academic background is in Pharmaceutical sciences and she holds a Bachelor's degree in Pharmacy. Her educational background allowed her to foster an interest in anatomical and physiological sciences. Her college project work based on ‘The manifestations and causes of sickle cell anemia’ formed the stepping stone to a life-long fascination with human pathophysiology.