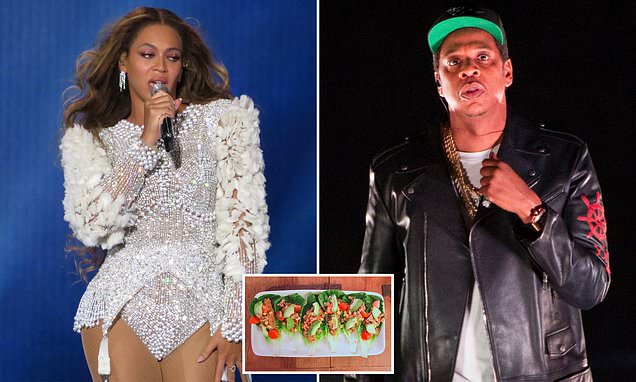 A vegan diet plan promoted by Beyoncé may be ‘dangerous’ because it misses out vital nutrients and skimps on calories, experts have warned.

The ’22 Days Nutrition’ plan, which cuts out carbohydrates and sugar as well as meat, fish and dairy, allegedly help the pop star lose weight after giving birth.

It’s now promoted online by Beyoncé and her husband, Jay-Z, and charges users up to $168 (£138) per year for vegan recipes.

But a British dietitian told the BBC’s Victoria Derbyshire programme said people would ‘feel tired and exhausted’ if they followed the diet plan. 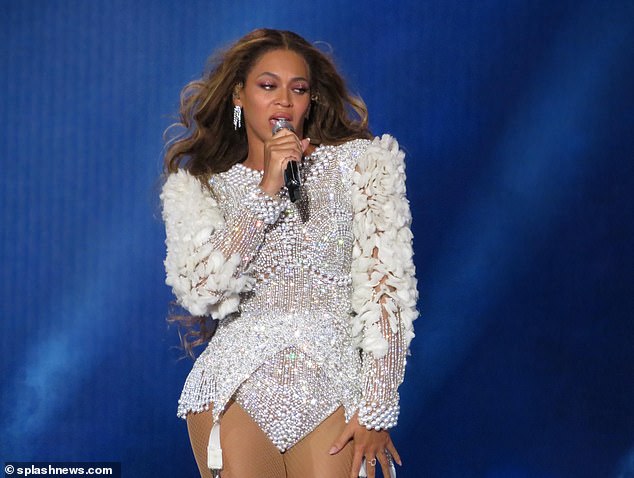 Beyoncé promotes the 22 Days Nutrition plan, which costs up to $168 (£138) per year for vegan recipes which one expert said people ‘could obtain on other websites or blogs’

A day following the diet would give someone just 1,400 calories over a whole day, the BBC reported, when adults need between 2,000 and 2,500kcal as a minimum.

Daniel O’Shaughnessy, spokesman for the British Association for Nutrition and Lifestyle Medicine (BANT), told Victoria Derbyshire: ‘This is quite low for anyone.

‘Users will feel tired and exhausted particularly when adding in the exercise.

‘It could be dangerous for the average person to follow without a team of nutritionists and trainers like Beyoncé has.’

Beyoncé reportedly followed the diet for 44 days after giving birth to her twins Rumi and Sir in 2017.

It was created by her own friend and personal trainer, Marco Borges.

In a promotional video the 37-year-old singer showed she weighed 175lbs (12st5lbs; 79kg) before starting the diet, calling stepping on the scales ‘every woman’s worst nightmare’.

Although the recipes cannot be read without paying to sign up to the 22 Days plan, Instagram users and journalists have shared some of the meals online.

Among the images shared on Instagram under #22daysnutrition are vegan tacos on lettuce leaves; sweet potato and chickpeas with broccoli and tahini; pasta in low-fat pesto; porridge with almond milk, bananas and cinnamon.

Instagram user _intheloop_ posted a photograph of a meal she claims came from the 22 Days Nutrition plan, which shows ‘vegan tacos’ which appear to use lettuce leaves instead of corn shells and contain tomatoes, avocado, sweetcorn and some kind of vegan chorizo 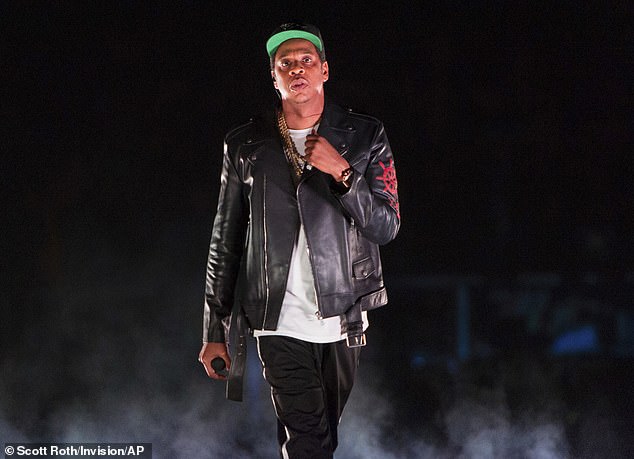 Jay-Z, Beyoncé’s husband, is also involved in the promotion of the diet 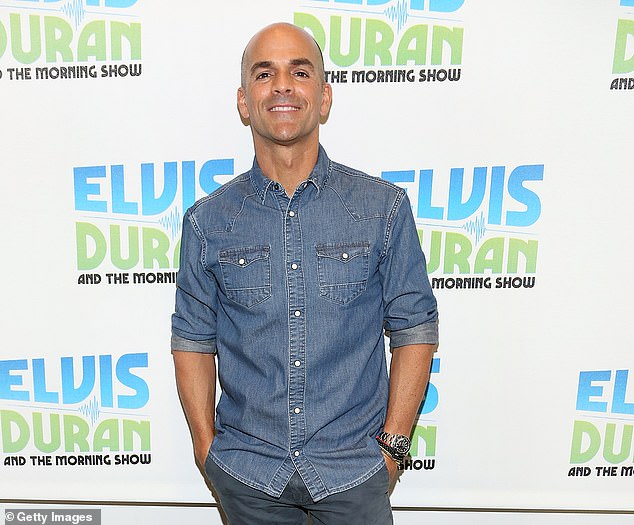 Marco Borges, Beyoncé’s friend and personal trainer, created the nutrition plan which is now promoted by the singer

WHAT IS IN THE 22-DAY NUTRITION PLAN?

The specific recipes offered by the 22 Day Nutrition plan are not available without signing up for the scheme, which charges $99 (£138) for a year of $14 (£12) per month.

But one expert said people could obtain the same recipes ‘on other healthy plant-based websites or blogs’.

Meals in the plan, according to Instagram users and a Vice reporter who signed up for it, include:

And a Vice reporter who signed up for the plan revealed it offered sunflower seed butter and strawberry toast, jalapeno pumpkin soup, red lentil dahl with toast, a mango chutney sandwich and Indonesian tempeh with brown rice.

BANT’s Mr O’Shaugnessy said people following the diet risk leaving out vital nutrients which are harder to get without meat and dairy.

These included iron, vitamin B12 and protein, and he added people following the vegan plan should be advised on how to compensate for this.

‘Beyoncé is selling a dream,’ Mr O’Shaughnessy said. ‘This is worrying as she has a number of teenage followers who are easily susceptible.

‘She is a gateway to millions of people.’

Dietitians have in the past criticised the diet, expressing concern that it’s too low in calories and that the paid-for recipes were nothing special and were available elsewhere.

The University of California Los Angeles’s Dr Dana Hunnes told Vice: ‘The foods themselves are healthy, but even for weight loss and especially for maintenance, portion sizes need to be increased, or snacks need to be added.’

She added: ‘It’s a bummer to me that someone with her means and fortune would charge people for this information they could obtain on other healthy plant-based websites or blogs.’

ARE VEGAN DIETS SAFE FOR BABIES?

Around 3.5million people living in the UK are vegan – the equivalent of around seven per cent of the population, according to estimates.

And, as the diet has surged in popularity, more mothers are choosing to make their baby a vegan.

The NHS says babies and young children on a vegetarian or vegan diet can get the energy and most of the nutrients they need to grow and develop.

However, the plant-based diet is known to be low in key nutrients for babies, such as vitamin B12 – found milk and eggs, iron, calcium and zinc.

A vitamin B12 deficiency is a rare and treatable cause of failure to thrive and delayed development in infants, researchers wrote in the journal Pediatrics.

It can also lead to malnutrition and ‘irreversible damage’ to their nervous systems, experts at University College London once concluded.

An iron deficiency can hinder a child from gaining weight, affect their appetite and energy and can lead to anaemia, which can be life-threatening in severe cases.

Consuming too little protein can lead to stunted growth, nutritionists have warned over the years. But beans, lentils and chickpeas are high in the nutrient.

And eating too much fibre can cause children to feel full quicker and stop them from getting enough food, paediatric dietitian Lucy Upton told the Mail in March.

Two senior lecturers in nutrition at Cardiff Metropolitan University, Shirley Hinde and Ruth Fairchild, said the diet was ‘less than ideal’ for babies.

However, writing in The Conversation they added it is ‘not out of the question’ that the diet could be healthy for a baby.

And they claimed there is ‘no reason’ why a baby couldn’t survive on a vegan diet that was varied in many nutrients, if their parents were sensible.