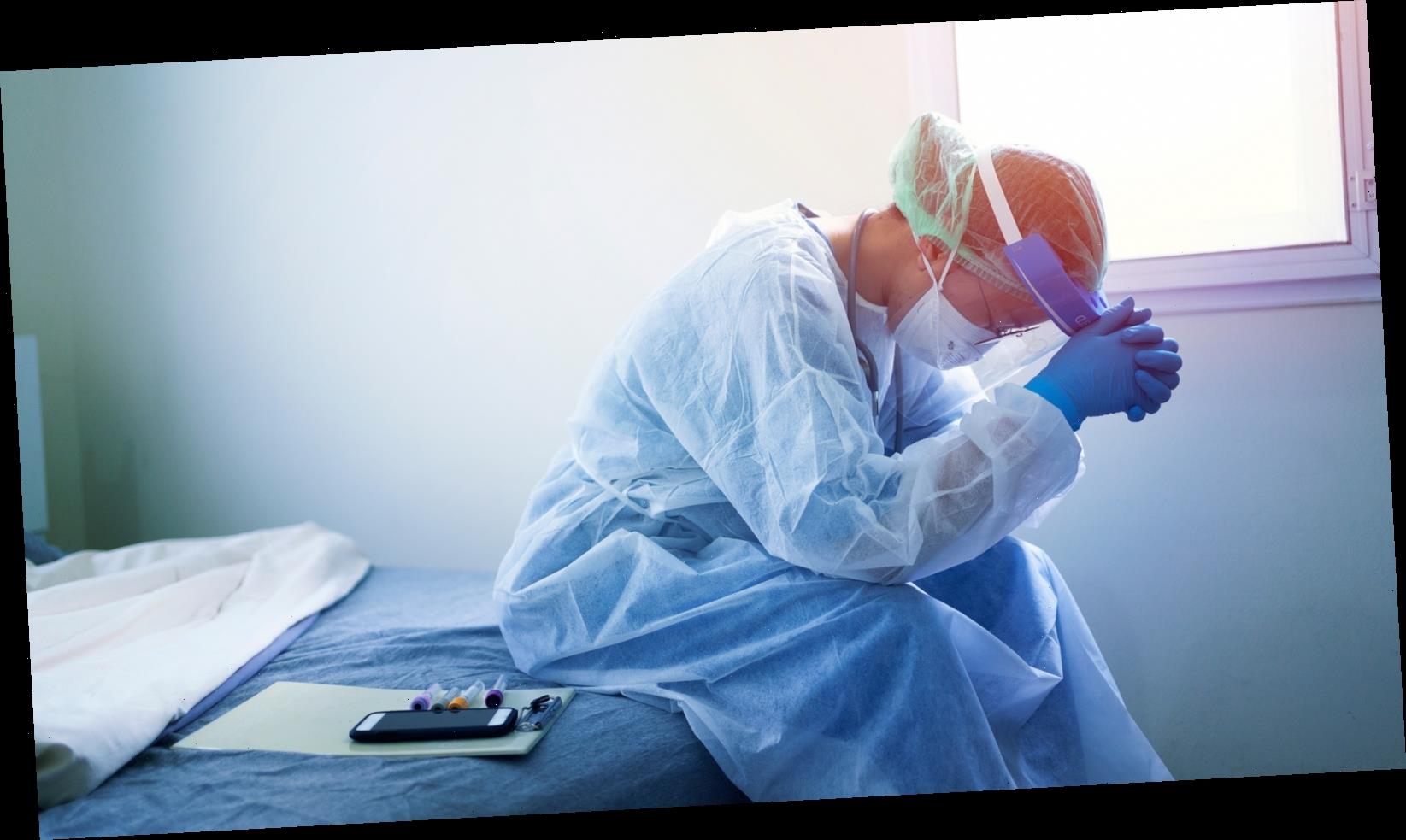 A room full of iPads on stands posted on Twitter has gone viral because of what they represent. “These are iPad stations being prepared for virtual ICU end of life visits by a palliative care doc I know…” the heartbreaking tweet read. Patton Oswalt boosted the spread of the image with his retweet and the comment, “Give some money to a food bank. Call an old friend. Donate clothing or toys. Whatever little you can — this is going to be a brutal winter.”

One user saw the benefit of this picture and wished the world had it in their face more often, posting, “I honestly believe if the news would show hospitals every day on their newscasts, it might actually make a difference.”

Reminding people every day on the news of those who have died wouldn’t be anything new, as one user noted, “Just as they began doing with Vietnam casualties. Every news broadcast scrolling the names of that day’s dead. 80 percent of the newscast time spent showing ICUs, Nursing homes, freezer trucks storing bodies, mass graves of dead folks, and Trump playing golf.”

Organizations have formed to get iPads to hospitals

It may have been some nine months ago that we first really started hearing about COVID-19 and people dying, but sadly we’re still dealing with the deadly disease spreading. And since hospitals generally have policies against non-medical personnel in with COVID patients, it’s distressingly and nearly inevitable then that the only person next to someone dying of the coronavirus is not a family member (via The Wall Street Journal).

To try and bridge that gap between being alone or with a relative stranger to being with loved ones, an organization has sprung up that helps provide iPads to hospitals, aptly named iPads to Hospitals, for patients who don’t have access to a smartphone with video chat (via Fox News). One of the volunteers for the organization said, “The lifeblood of what we’re doing is making use of people’s iPads that are in their drawers and on their desks that they don’t use anymore. Never have I felt like I’m involved in something that is going to provide such a life-altering service to someone.”

Until there’s a safe vaccine that enough people get, COVID-19 will likely continue to spread, particularly without things like mask wearing and social distancing, Gypsyamber D’Souza, an epidemiologist at Johns Hopkins University in Baltimore, Maryland explained to Nature. “If we can continue risk-mitigation approaches until we have an effective vaccine, we can absolutely save lives,” she said.