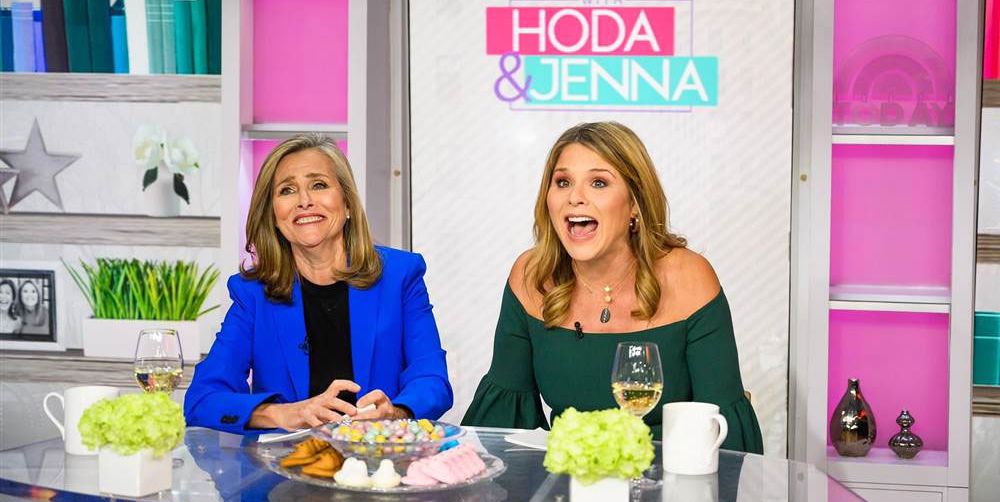 There are euphemisms for literally everything in the English language (like when women in TV shows say they’re going to “powder their nose” when they mean they’re using the restroom)—and they’re all pretty common knowledge; at least, I thought they were.

Today, Jenna Bush Hager proved that maybe some euphemisms aren’t quite so universal during a conversation with Meredith Viera on TODAY with Hoda & Jenna.

The conversation started out pretty tame: Meredith (who’s sitting in for Hoda while she’s tending to her new baby) and Jenna started chatting about social media and how more kids have started complaining about their parents oversharing. The two came to consensus that when kids are old enough to know what’s going on and have an opinion about the sharing, it might be time to stop.

Then, things took an unexpected turn. “When they start getting interested in the opposite sex, or the same sex, or whatever … they don’t need you talking about them,” Meredith said, still on-topic. “Yeah,” Jenna replied. “When they’re going through ‘the change.'”

@JennaBHager thought she had experienced “the change” already, but we had @meredithvieira explain what “the change” really means! ?

@JennaBHager thought she had experienced “the change” already, but we had @meredithvieira explain what “the change” really means! 😂

Uhh, come again, Jenna? Meredith was clearly confused, too. “‘The change,’ you call that?” Meredith asked. “Isn’t that what you call it?” Jenna replied. “That’s not what ‘the change’ is,’ Meredith said, as people can be heard laughing off-screen.

“I can’t believe you thought that was ‘the change,'” Meredith said again, but then Jenna hit her with something even more surprising: “I’ve gone through ‘the change'” Jenna said, before Meredith immediately corrected her by saying, “You have not gone through the change.”

Whew—that took a little longer than necessary to figure out, tbh. After Meredith explained a few more times that “the change” really does mean menopause and not puberty—even going so far as to tell Jenna “You have not done ‘the change;’ you can’t lay claim to ‘the change,'”—she eventually asked who told her those falsehoods: “Who said that to you, the Easter Bunny?”

“Yes!” Jenna replied. So I guess now the Easter Bunny is out there spreading myths about puberty and menopause. Go figure.