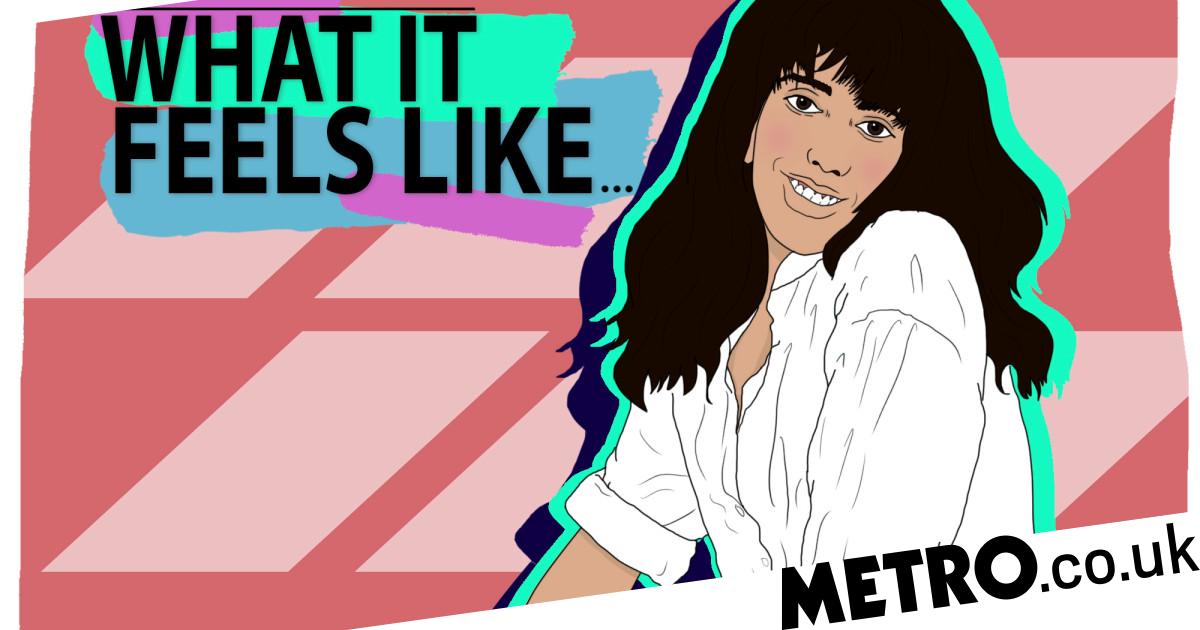 One night, when I was 12 years old, I woke to a burning sensation in my head so painful, it felt like something was trying to tunnel its way inside.

I opened my mouth to call for my parents, but no words came out.

I was confused and petrified, and wondered if this was how I was going to die. Then instinct kicked in and I realised I needed help, fast.

My best bet was to get to my parents’ room but when I tried to move my legs and arms, they refused to cooperate. If this was a nightmare then the pain was unbelievably real.

My last resort was to scream, and I did so, certain that my life truly depended on it. My father woke up and came rushing into my room.

I couldn’t have known at the time that I was having a stroke, or that I would go on to have another one before I turned 16.

A stroke is a condition we often associate with the older generation but, in fact, the Stroke Association says that five out of every 100,000 children are affected by a stroke every year in the UK.

I don’t remember much more from that night. I have a hazy recollection of the blazing bright lights as I was wheeled into A&E, then of doctors rushing around and needles being poked into me left, right and centre to administer medication.

My father watched over me the whole time and I was fortunate to make a swift recovery, thanks to the speed of the staff at Leicester Royal Infirmary. But my family was shaken to the core by what happened and life continued to be difficult for all of us.

My mother died when I was 14, which was truly the hardest thing I have ever faced. I also continued to experience recurrent transient ischemic attacks (TIAs) – little clots in the brain that cause momentary stroke-like symptoms.

These attacks can happen at any time and still occur to this day. I often lose all sensation in either arm and I cannot form basic words. It drags up memories that I would much rather forget.

My teenage years were mostly spent in hospital, with my family and I urging doctors to put me on stronger medication that would effectively thin my blood so that the strokes could potentially be prevented from occurring again. Each time they declined, saying it was too potent for a child.

This was an infinitely confusing time in my life. It was hard to comprehend that I had suffered a stroke as I always associated the condition with the elderly. It was, simply put, a burden on me. It also helped me mature at a concentrated rate; not many 12-year-olds can say they’ve had a stroke. I felt different, ultimately, because I was.

Despite missing out on things like PE, which I never was a fan of anyway, I felt a sense of relief mixed with pride that I had survived.

But it was physically and mentally challenging and there was a period where I hated my body for failing me. The trauma affected me greatly, but it also allowed me to grow.

I used to call the first stroke ‘a little blip’. Unfortunately, this ‘blip’ returned with a more forceful nature.

In 2015, a few months after my fifteenth birthday, I had another stroke. At first, I thought it was another TIA that would pass, but as the symptoms intensified, I rushed to my father and history repeated itself: A&E, numerous doctors – only this time I knew them, and the stroke ward.

I didn’t eat for days because I found it hard to swallow and when I eventually came home, I slowly began deteriorating.

This stroke had been far more catastrophic than the last. It left damage on the left side of my brain – more commonly known as the logical side. My speech was the first thing to escape me: each day my voice was a little more slurred than the last.

Then the dexterity in my right hand went so that clenching and unclenching became a chore, as did writing. I had to type all of my GCSE exams.

The damage was irreparable and there was nothing the doctors could do – it was devastating to hear that I may not regain my voice fully ever again.

They were also still searching for a cause of the strokes and I was sent across the country to numerous hospitals for tests.

Four years after my first stroke, I was diagnosed with antiphospholipid syndrome – an autoimmune disorder which, in my case, increases the risk of blood clots. They were the reason for both of my strokes.

I was finally put onto the stronger medication but this was only a preventative measure against further strokes, not a cure for the brain damage.

I was angry that the doctors had not listened to my pleas for the stronger medication. However, I try not to be too bitter because they did save my life on two occasions. Without them, I wouldn’t be here today and I am endlessly grateful for the NHS.

After my second stroke, friends frequently asked ‘What’s wrong with your voice?’ So now, before I meet anyone new, I am sure to make them aware of the situation.

Talking exhausts me and I am often left extremely tired at the end of the day because my body is still weak. Mentally, however, I am strong. What’s happened to me has undoubtedly made me more resilient.

I’m currently studying journalism at the University of Kent and writing on a freelance basis – I carry out interviews, I write stories and I love what I do. I get the occasional odd stare or ignorant comments when I talk in public but I try not to let things like that bother me.

There was a moment during the second stroke episode where the doctors told my father that I may not survive. I touched death and I count myself extremely lucky to be alive.

In this exciting new series from Metro.co.uk, What It Feels Like… not only shares one person’s moving story, but also the details and emotions entwined within it, to allow readers a true insight into their life changing experience.