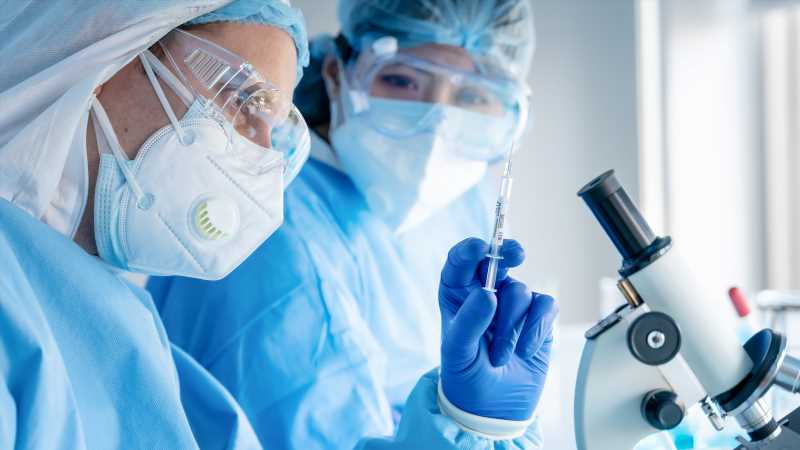 Just when the world was breathing a collective sigh of relief as ongoing vaccine rollouts promised the end of the COVID-19 pandemic was in sight, new strains of the virus were identified. Even after over a year of the public health crisis, we still have a lot to learn about the virus and mutations bring along new uncertainties as we don’t know if they’re more lethal or if the vaccines on the market will be effective in protecting people from these new strains.

Currently, several new strains are giving scientists pause. One is a variant that was first identified in the U.K. While the strain was initially thought to be more contagious but not more deadly than other strains of COVID-19, British Prime Minister Boris Johnson recently announced that studies have shown the strain is 30 percent more lethal (via Fortune).

New strains of the virus have also been found in South Africa and Brazil. While they don’t seem to spread as quickly as the U.K. strain, Dr. Anthony Fauci has warned that they could be more dangerous in the long term.

So far, the COVID-19 vaccines seem to be effective against the new strains

Fauci, an infectious diseases expert who has guided the U.S. through the ongoing pandemic, warned that, while the vaccines seem to work well enough against the U.K. variant of COVID-19, the South African strain “diminish[es] more so the efficacy of the vaccine” but that there is no need to worry yet as the vaccine remains largely effective.

“We’re going to look at this and follow this very very carefully because these things do evolve,” he told CBS’ Face the Nation. “What we will do and are doing already is making preparations for the possibility that… down the line we may need to modify and upgrade the vaccines. We don’t need to do that right now. The best way to prevent the further evolution of these mutants is to vaccinate as many people as possible with the vaccines that we have currently available to us. That’s the best protection against this evolution.”

Moderna is working to update their COVID-19 vaccine

Moderna announced that they are already working on a “booster shot” of their COVID-19 vaccine to combat the South African strain. “We’re doing it today to be ahead of the curve should we need to,” the pharmaceutical company’s chief medical officer, Dr. Tal Zaks, told The New York Times. “I think of it as an insurance policy. I don’t know if we need it, and I hope we don’t.”

As for the Brazilian strain of COVID-19, Zaks said “we don’t yet have data” on it so we can’t know how it reacts to vaccines. Zaks believes, though, “that, if anything, it should be close to the South African one.” He added, “New strains will continue to emerge and we’ll continue to evaluate them.”

Meanwhile, President Joe Biden is expected to take steps to prevent the spread of the new strains in the U.S. by banning travel of non-U.S. citizens to the U.S. from several countries including the ones in which the new strains have been found (via The Washington Post).