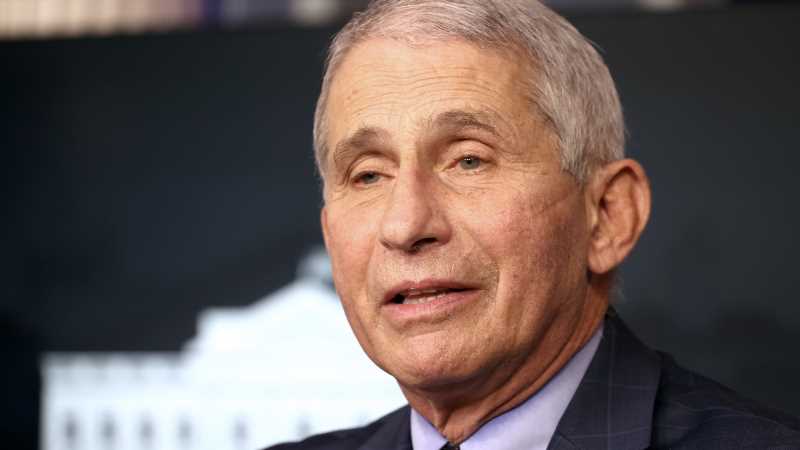 It’s been a couple of months since COVID-19 vaccines started rolling out in the U.S., but the distribution has been treacherously slow. As people are being vaccinated in order of priority, with those at higher risk receiving the earliest vaccines, millions of people are waiting to find out when they’ll be able to get the shots.

How soon lower-risk people are able to receive the two-dose vaccine depends on how long it takes us to get the most vulnerable vaccinated, but infectious disease expert Dr. Anthony Fauci has said that the pace is picking up. While there’s no date for when the vaccine will be available to the majority of the population, Fauci is confident that we are just a couple months from widespread vaccinations saying that the speed of vaccine distribution has vastly improved. “If you compare now to what we were doing just literally a month ago, the escalation has really been considerable,” he said on Today.

So when does Fauci think everyone will be able to get vaccinated? “I would imagine by the time we get to April that will be what I would call… ‘open season,'” he said. “Namely, virtually everybody and anybody in any category could start to get vaccinated.”

Dr. Fauci hopes the end of summer will see most people in America vaccinated

This doesn’t mean that everyone will get vaccinated in April, though. “From then on, it would likely take several more months just logistically to get the vaccine into people’s arms,” said Fauci. “Hopefully, as we get into the middle and end of the summer, we could accomplish the goal of what we’re talking about, namely the overwhelming majority of people in this country having gotten vaccinated.”

This also assumes that people will want to get the vaccine, something that Fauci has previously expressed concern about. Many are skeptical of the available vaccines as they were approved in record time by the Food and Drug Administration, but Fauci has reassured people that they are safe and has received the vaccine himself. “I think there are going to be many people who don’t want to get vaccinated right away,” he told The Daily Beast in December. “But once you get, you know, tens of millions of people vaccinated, it looks like it’s working and it’s safe, then I think we’ll win over a large proportion of the rest of the population, who might have some hesitancy about getting vaccinated.”

For those still waiting for the vaccine, Fauci has said to “hang in there” and “continue to do whatever you can to protect yourself from getting infected.”