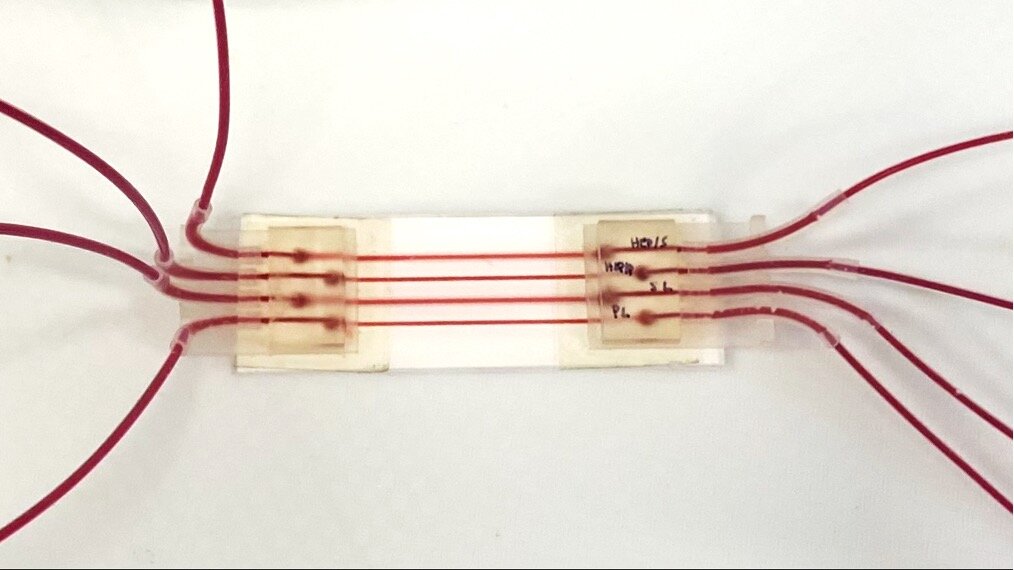 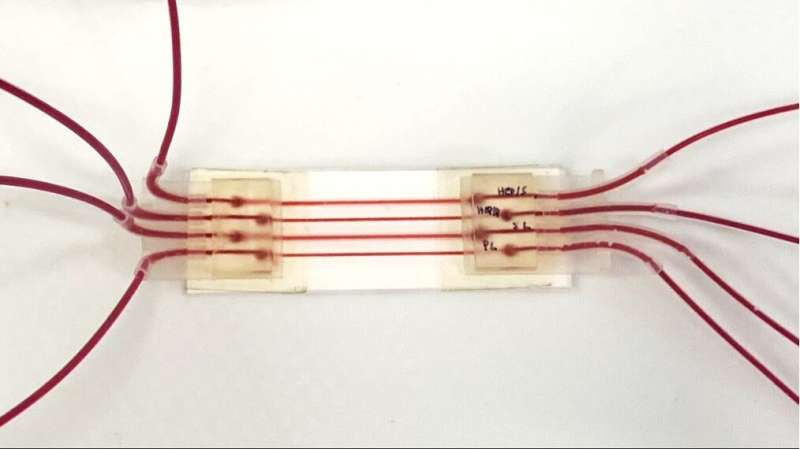 Tohid Didar and Jeff Weitz had a solution, but they also had a problem.

Didar, an Associate Professor of Engineering at McMaster University and Weitz, a hematologist, professor of medicine and executive director of the Thrombosis & Atherosclerosis Research Institute, had collaborated to create a novel and highly promising material to improve the success of vascular grafts, but they needed a better way to test how well it worked.

Their revolutionary idea was an engineered non-stick surface combined with biological components that can repel all but a targeted group of cells—those that form the natural lining of the body’s veins and arteries.

The non-stick material prevents proteins and cells from sticking to the inner walls of blood vessels, where they can build into menacing blood clots.

That innovation may revolutionize blood vessel grafts, which are needed in transplants, bypasses and other surgeries, as a way to route blood around blocked areas, or to replace damaged or leaking blood vessels themselves.

Didar, Weitz and their collaborators had already shown their new material worked with static blood samples, but before they could test the technology in animals or humans, they needed to be as certain as possible it could work under flow conditions similar to those which occur in arteries or veins.

To do that, their team has now created a device to test their non-stick innovation and future technologies. The tiny tool, which the researchers call a graft on a chip—closely replicates short sections of human blood vessels, allowing researchers to create variable flow conditions which are very close to those found in the body, while making it possible to watch what is happening as it occurs.

“The unmet need in my field is to make better grafts, and the best way to do that is to have better materials that can resist clotting,” Weitz says. “This will allow us to get a handle on how these surfaces actually perform under real conditions.”

The new device, described in a research paper published today in the journal Advanced Functional Materials, will allow researchers to watch exactly what is going on inside a treated graft, right down to the level of individual cells, and simultaneously compare the performance of versions of modified and unmodified grafts.

Weitz and Didar’s co-authors on the paper are Veronica A. Bot and Amid Shakeri. Bot took the lead on the study, which was part of her research for her Master of Science degree.

“Using this device will give us a window into a process we’ve never been able to see before: how clots form in the natural setting in vascular grafts and, ideally, how they don’t form in the treated setting,” Didar says.