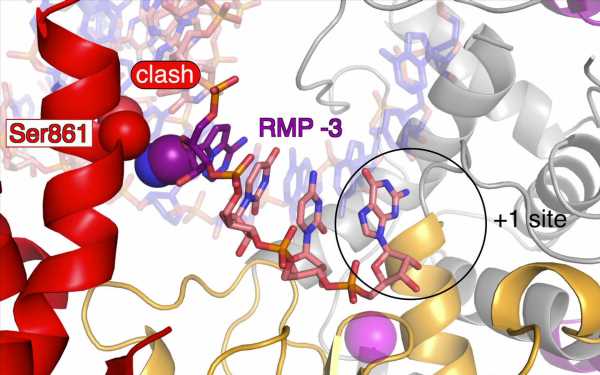 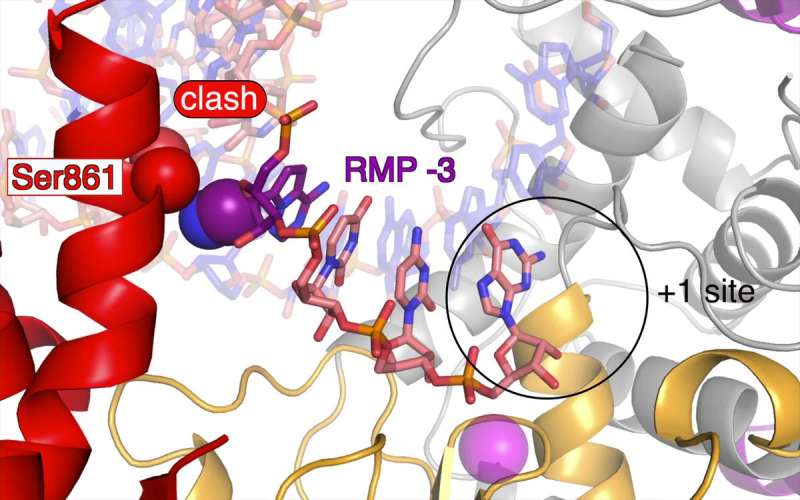 Remdesivir is the first drug against COVID-19 to be conditionally approved in Europe and the United States. The drug is designed to suppress the rapid replication of the SARS-CoV-2 virus in human cells by blocking the viral copying machine, called RNA polymerase. Researchers at the Max Planck Institute (MPI) for Biophysical Chemistry in Göttingen and the University of Würzburg have now elucidated how remdesivir interferes with the viral polymerase during copying and why it does not inhibit it completely.

“After complicated studies, we come to a simple conclusion,” Max Planck Director Patrick Cramer says. “Remdesivir does interfere with the polymerase while doing its work, but only after some delay. And the drug does not fully stop the enzyme.”

At the pandemic’s beginning, Cramer’s team at the MPI for Biophysical Chemistry had elucidated how the coronavirus duplicates its RNA genome. For the pathogen this is a colossal task as its genome comprises around 30,000 RNA building blocks, making it particularly long. To elucidate remdesivir’s mechanism of action, Cramer’s team collaborated with Claudia Höbartner’s group. The latter produced special RNA molecules for the structural and functional studies. “Remdesivir’s structure resembles that of RNA building blocks,” explains Höbartner, a professor of chemistry at the University of Würzburg. The polymerase is thereby misled and integrates the substance into the growing RNA chain.

Pausing instead of blocking

After remdesivir had been incorporated into the viral genome, the researchers examined the polymerase-RNA complexes using biochemical methods and cryo-electron microscopy. They discovered that the copying process pauses precisely when three more building blocks have been added after remdesivir was incorporated into the RNA chain. “The polymerase does not allow the installation of a fourth one. This pausing is caused by only two atoms in the structure of remdesivir that get hooked at a specific site on the polymerase. However, remdesivir does not fully block RNA production. Often, the polymerase continues its work after correcting the error,” explains Goran Kokic, a research associate in Cramer’s lab, who together with Hauke Hillen, Dimitry Tegunov, Christian Dienemann, and Florian Seitz, had conducted the crucial experiments. They all are first authors of the publication about this work recently published in the scientific magazine Nature Communications.