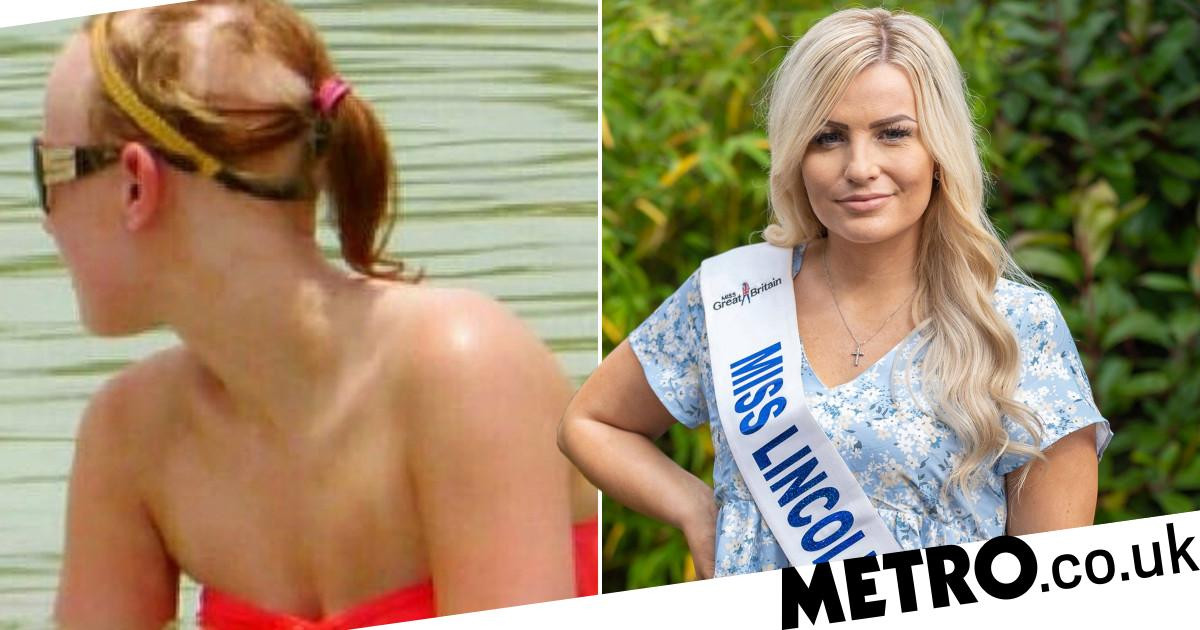 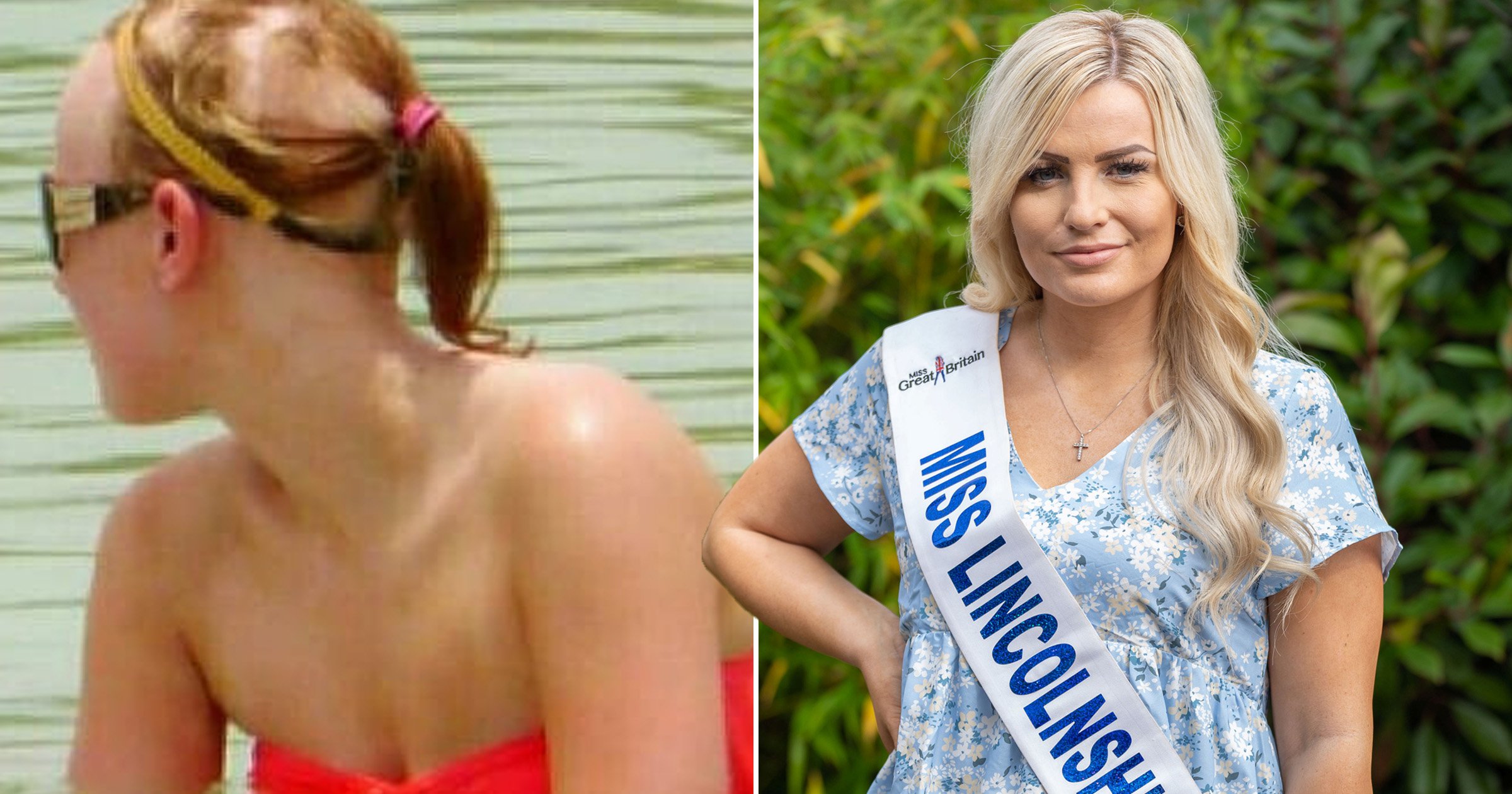 A woman who lost her hair and was bullied because of her condition is now hoping to become the first woman with alopecia to win Miss GB.

Chloe Ashford-Smith, 27, was tormented at school because of her hair loss – and even humiliated by a teacher in assembly for wearing a hat to hide her hair loss.

She lost 90% of hair as a teenager after being diagnosed with alopecia. Chloe has forked out more than £10,000 on wigs and extensions over the last five years to cover up the bald patches.

Alopecia is a physical health condition that causes her hair to fall out. It is often associated with stress and anxiety. There is no cure, but treatments are available to slow down the loss of hair.

Chloe, who works as a restaurant manager, said that every two years all of hair would fall out and grow in patches, so she started to wear bandanas and hats before turning to more expensive wigs.

Classmates continuously mocked her and dubbed her ‘badly’, ‘egg head’ and ‘Humpty Dumpty’, throughout her teenager years.

But now she is shaking off all the mean comments and is finding a new confidence in her looks by trying to become a beauty queen. Chloe is hoping to secure the title of Miss Great Britain 2021.

Chloe, from Cleethorpes, Lincolnshire, says: ‘It was really difficult, I was a teenage girl and I was trying to figure out who I wanted to be but I was losing my hair which was part of my identity.

‘I was bullied. It’s hard to forget these things, they stay with you forever.

‘I found ways to hide it with extensions, and wigs and I got called vain and Barbie. So, either way I was getting bullied.

‘My worst memory would have to be during a whole school assembly when I was wearing my hat when a teacher shouted across the hall at me and asked me why I was wearing it.

‘I was so humiliated and another teacher had to tell them that I could keep it on, it’s something I’ll never forget.’

Chloe said discovering the world of pageantry has changed her life and boosted her confidence.

She first entered a competition in Grimsby, in 2017 after seeing an advert on Facebook as it was on her bucket list since she was a little girl.

She said that her mum Sarah Bilenkyj, was completely against it at first, but after seeing how happy it made her, she was fully on board.

‘When she came to watch me she saw how happy it made me,’ says Chloe.

‘It was so good for my confidence. And I loved it so I decided to look at more pageants.’

Chloe says it was difficult growing up after her eyebrows and eyelashes fell out as it made her feel like she was ‘ugly’ and ‘wasn’t enough’. But she is hoping to inspire other young people who have the condition to feel confident about who they are.

‘When I was younger, I never thought I could do something like a beauty pageant,’ she adds.

‘But my alopecia made me who am I today, and it’s made me such a strong person. I feel like I can get through anything. People need to know it’s not how you look but how you treat people.

‘I think having alopecia doesn’t mean you can’t be beautiful. I know my alopecia makes me unique.’

She adds: ‘I want everyone to know they are good enough. If you have scars, medical or health conditions, or anything that makes you different it doesn’t define you.’

She was crowned Miss Lincolnshire in April this year and she is hoping to become Miss Great Britain when the winners are announced in September.