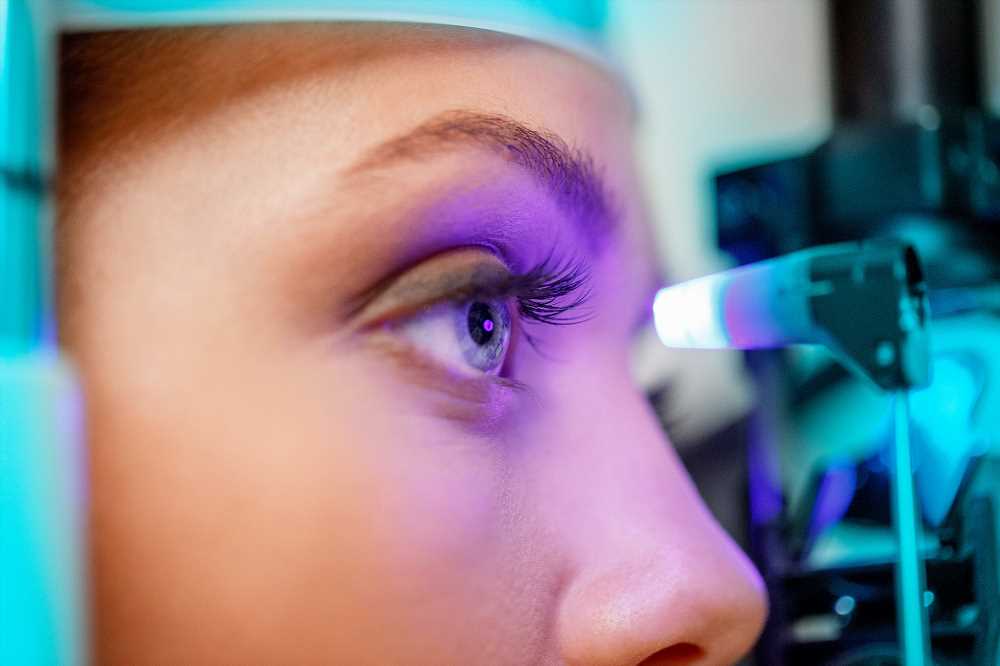 A 41-year-old woman in England was diagnosed with Acanthamoeba Keratitis — a rare eye infection which can cause permanent loss of vision — after swimming and showering with her contact lenses, according to a report published on Wednesday in the New England Journal of Medicine.

Doctors were able to diagnose the woman after taking a corneal scraping and putting dye in her left eye, which produces a bright green color if the infection is present.

For treatment, the woman was given antimicrobrial drops, and although the infection went away, her vision remained impaired because of a corneal scar and a cataract she had developed.

Twelve months later, she underwent eye surgery, after which she no longer felt any discomfort in her eye and had 20/80 vision.

The rare infection — which only affects one to two per million contact lens wearers in the U.S. every year — is caused when a type of amoeba commonly found in water makes its way into a person’s cornea, according to the Centers for Disease Control and Prevention.

Explaining why contact users are at a greater risk of developing the infection, Dr. Shilpa Register, an optometrist at the University of Alabama at Birmingham, told NBC News that contacts absorb water — and anything found in that water.

As they’re located directly on top of an individual’s eye, they also present a direct pathway to the cornea.

“It’s a difficult infection to treat, and it’s usually aggressive,” Register told NBC News, adding that although she’s only seen two cases in the past 19 years, it can “cause blindness pretty quickly if it’s not treated immediately.”

In order to prevent the risk of eye infection, the CDC recommends that all contact users remove their contacts before coming into contact with water, replace the lenses in a timely manner, make regular doctor’s visits, and always maintain proper hygiene.

Can you take Paracetamol and Ibuprofen together?

As Victorians face yet...

Can you take Paracetamol and Ibuprofen together?