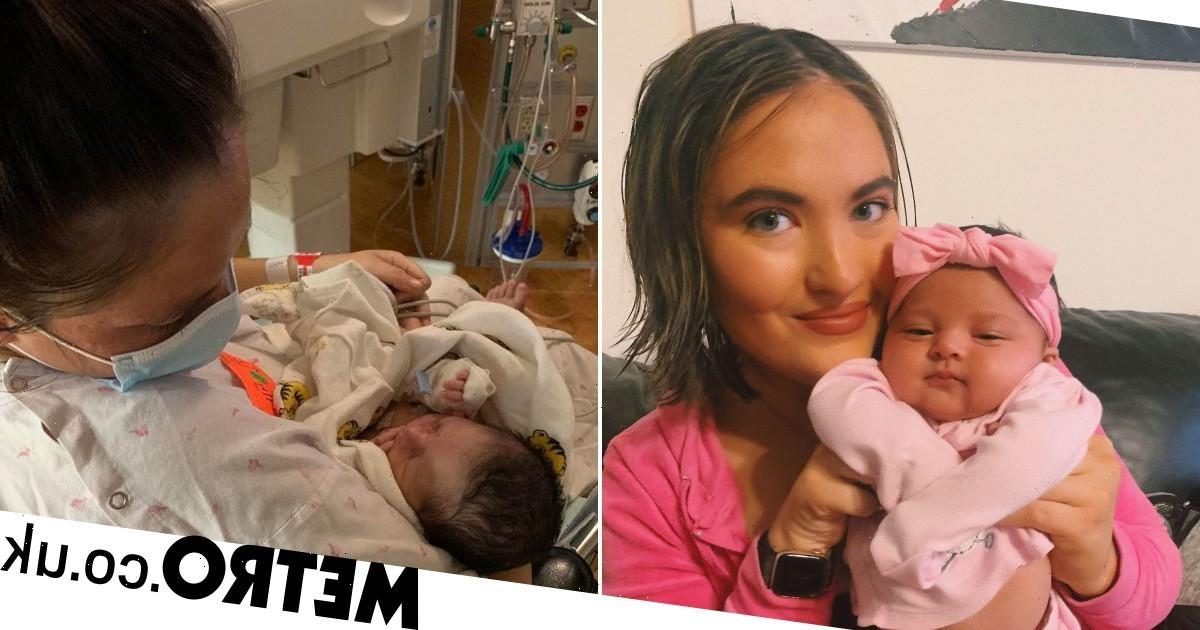 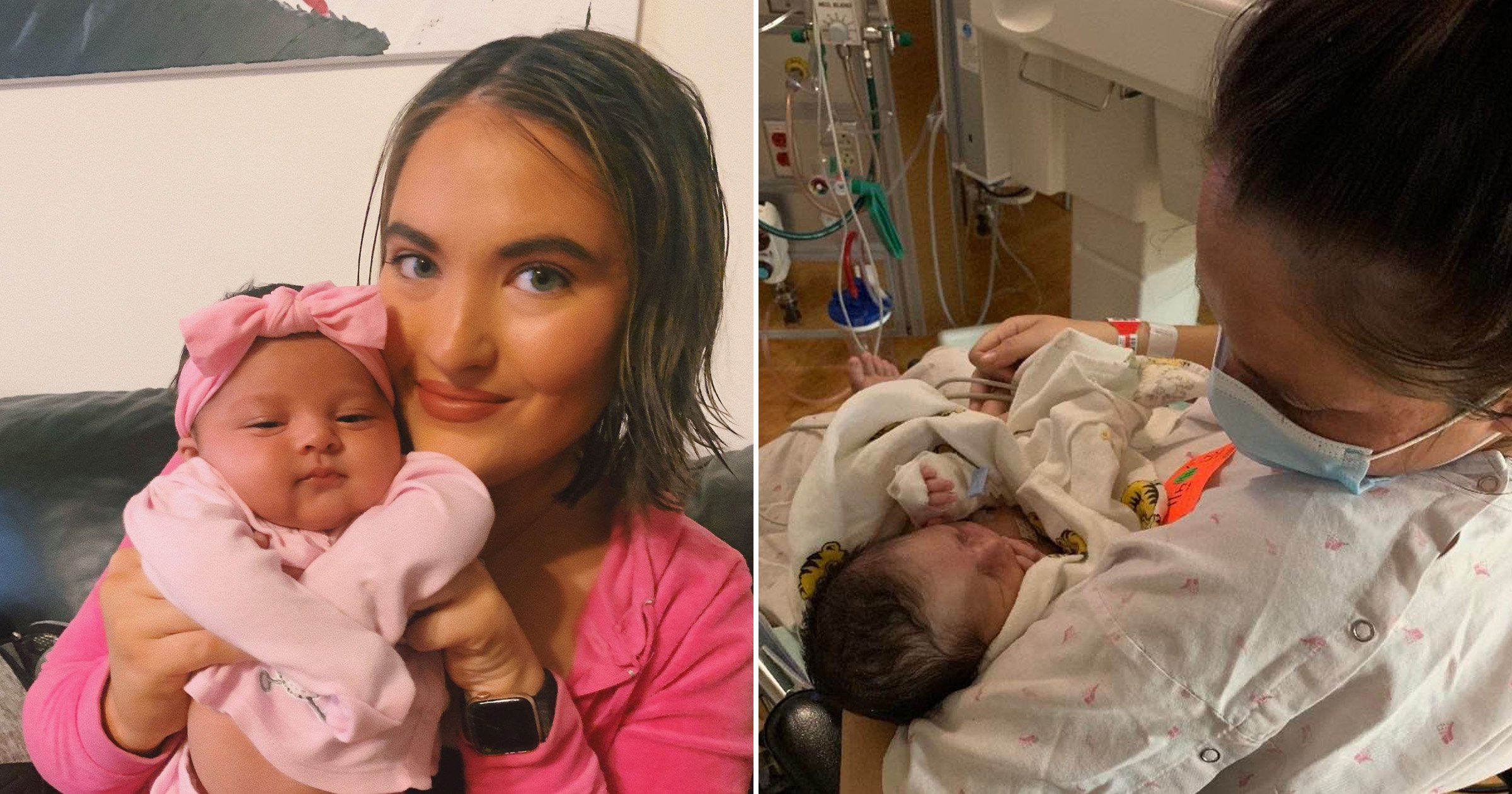 When Abby Vollet went to hospital with stomach pain, she had no idea she’d return home with a baby.

The 21-year-old, who was a full-time student at the time, was rushed to hospital in Missouri on March 30 2021 with severe abdominal cramps.

But she was in for a shock when doctors told her that she was 35 weeks pregnant and fully dilated.

Medics had to perform and emergency c-section on Abby and within 20 minutes her baby daughter had arrived.

Abby, now 22, recalls: ‘The pain started off with slight stomach cramps. They continued to get worse over the day to the point where I couldn’t move, so my mum, Cindy, 54, took me to the hospital.

‘I had an ultrasound and the doctors told me I was pregnant and I was fully dilated. I remember telling the doctor that it wasn’t true. I was in total shock.

‘At first they estimated I was around 20 weeks, but after the C-section, they said I was actually between 35 to 37 weeks.

‘At first I felt so embarrassed that I was going to be a young and single mum. I even refused to see my baby for the first few days.’

When Abby told family and friends about her new arrival, they initially thought she was joking – because she’d given birth so close to April Fool’s Day.

Doctors now think baby Khalani must have grown behind Abby’s ribs because the young mum had no bump and never felt any kicks during pregnancy.

‘I was even getting my period the whole time and I comfortably fit into all of my size medium clothes the whole way through,’ she explains.

But, despite the initial shock, Abby now wouldn’t change a thing.

She adds: ‘Before having my daughter, I honestly never wanted to have children and didn’t plan for it to happen in my life.

‘But now she is here, I absolutely love her.

‘It was really weird at first. I almost saw her as someone else’s child. We didn’t have that immediate bond because I didn’t know that she was coming and it was such a shock.’

Abby also experienced some complications after the c-section, so stayed in hospital for a little longer.

She adds: ‘After my c-section, I was admitted into the hospital again because the incision was infected.

‘My health kept deteriorating, I also ended up having an ileus as my digestive system wasn’t working properly.

‘I had an NG tube inserted and I wasn’t allowed to eat or drink water. If I wanted a drink I had to dip a sponge into water and put it on my tongue. It was pretty miserable.

‘After all this, I was able to go back home where a nurse would have to come to my house every other day and pack my incision for about 2 weeks.’

But now she and her 11-month-old daughter are doing well.

The 22-year-old mum continues: ‘Khalani has always been healthy which is surprising because I had just turned 21 when I was pregnant.

‘I had obviously drunk throughout the pregnancy because I was totally unaware.

‘She is the easiest baby ever. She’s so outgoing and funny. My miracle child.’