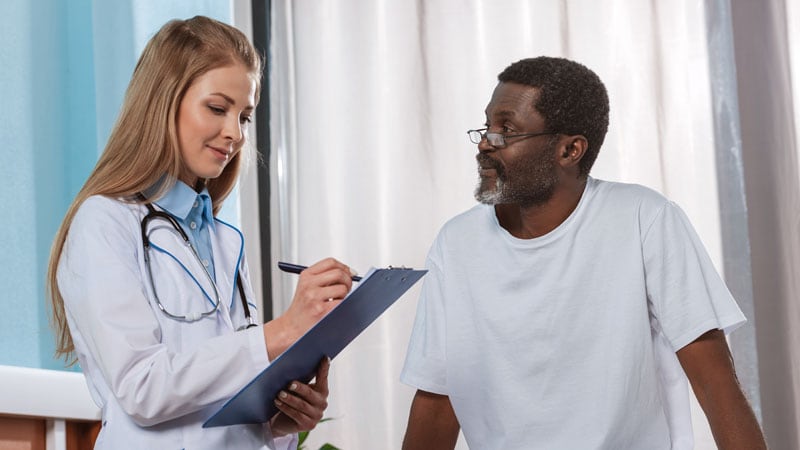 Many medical associations have publicly announced their determination to help eliminate racial disparities — from healthcare outcomes, from the level and quality of patient treatment, from their own memberships. How have those pronouncements translated into programs that could have, or even have had, positive impacts?

For this article, Medscape Medical News asked several associations about tangible actions behind their vows to combat racism in healthcare. Meanwhile, a recent Medscape report focused on the degree to which physicians prioritize racial disparities as a leading social issue.

The American Academy of Family Physicians’ (AAFP) approach is to integrate diversity, equity, and inclusion (DEI) efforts into all existing and new projects rather than tackle racial disparities as a discrete problem.

“Our policies, our advocacy efforts, everything our commissions and staff do … is through a lens of diversity, equity, and inclusiveness,” said AAFP Board Chair Ada D. Stewart, MD, FAAP.

That lens is ground by a DEI center the AAFP created in 2017. Run by AAFP staff, members, and chapters, the center focuses on five areas: policy, education and training, practice, diversifying the workplace, and strategic partnerships.

The center has established a special project called EveryONE to provide AAFP members with relevant research, policy templates, and other resources to address patient needs. One example is the Neighborhood Navigator, an online tool that shows food, housing, transportation, and other needs in a patient’s neighborhood. 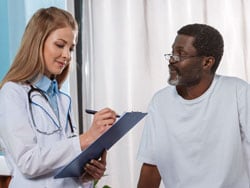 Meanwhile, the DEI center has created training programs for AAFP members on topics like unconscious and implicit racial biases. And the AAFP has implemented several relevant governing policies regarding pushes to improve childbirth conditions and limit race-based treatment, among other areas.

In January, the AAFP established a new DEI commission for family medicine to set the academy’s agenda on racial issues moving forward. “We only had 10 physician positions available on the commission, and over 100 individuals applied, which gave us comfort that we were going in the right direction,” Stewart said.

The Association of American Medical Colleges (AAMC), which represents nearly 600 US and Canadian medical schools and teaching hospitals, has a “longstanding” focus on racial equity, said Philip Alberti, founder of the AAMC Center for Health Justice. However, in 2020 that focus became more detailed and layered.

Meanwhile, the AAMC is supporting more specific, localized health equity efforts in cities such as Cincinnati, Ohio, and Boston, Massachusetts.

Cincinnati Children’s Hospital research has found that children in poor neighborhoods are five times more likely to need hospital stays. AAMC members have helped identify “hot spots” for social needs among children and focused specifically on two neighborhoods in the city. The initiative has roped in partnerships with community and social service organizations as well as healthcare providers, and proponents say the number of child hospital stays in those neighborhoods has dropped by 20%.

Boston Medical Center researchers learned that Black and Latino patients experiencing problems with heart failure were less likely to be referred to a cardiologist. AAMC members assisted with a program to encourage physicians to make medically necessary referrals more often.

The National Health Council (NHC), an umbrella association of health organizations, similarly has made a “commitment, not just around policy work but anytime and anything the NHC is doing, to build around trying to identify and solve issues of health equity,” CEO Randall Rutta said.

The NHC has identified four strategic policy areas including race and in 2021 issued a statement signed by 45 other healthcare organizations vowing to take on systemic racism and advance equity, through public policy and law.

In relation to policy, Rutta said his organization is lobbying Congress and federal agencies to diversify clinical trials.

“We want to make sure that clinical trials are inclusive of people from different racial and ethnic groups, in order to understand how [they are] affected by a particular condition,” he said. “As you would imagine, some conditions hit certain groups harder than others for genetic or other reasons, or it may just be a reflection of other disparities that occur across healthcare.”

The organization has issued suggestions for policy change in the Food and Drug Administration’s clinical trial policy and separately targeted telemedicine policy to promote equity and greater patient access. For example, one initiative aims to ensure patients’ privacy and civil rights as telemedicine’s popularity grows after the COVID-19 pandemic. The NHC presented the initiative in a congressional briefing last year.

The American Public Health Association (APHA) says it started focusing on racial disparities in healthcare in 2015, following a series of racially fueled violent acts. The APHA started with a four-part webinar series on racism in health (more than 10,000 live participants and 40,000 replays to date).

“We have identified a suite of policies that have actually been implemented successfully and are advancing racial equity,” said Regina Davis Moss, APHA’s associate executive director of health policy and practice. “You can’t advance health without having a policy that supports it.”

Montgomery County, Maryland, is one community that has used the framework (for racial equity training of county employees). Leaders in Evanston, Illinois, also used it in crafting a resolution to end structural racism in the city.