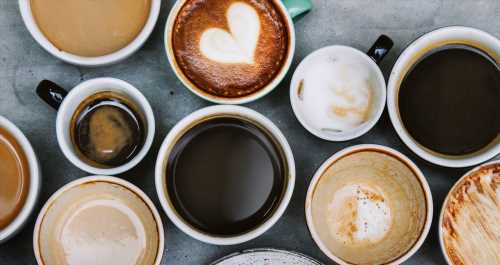 As one of the most widely consumed beverages worldwide, coffee is largely consumed for its stimulating effects due to its caffeine concentration. Although previous studies touted coffee as a potential source of health problems, recent studies have found that coffee elicits a wide range of benefits to human health, particularly on the immune system.

What is the chemical composition of coffee?

When prepared as a beverage, coffee consists of volatile and non-volatile compounds, including carbohydrates, nitrogenous compounds, lipids, vitamins, minerals, phenolic compounds, and alkaloids. Notably, the concentration of certain compounds within coffee depends upon the amount of grounded coffee used to prepare the drink, the roasting and brewing methods, the quality of water used, and the incorporation of other ingredients into the final product.

One of the most notable chemicals in coffee is caffeine, which is chemically known as 1,3,7-trimethylxanthine. This alkaloid, naturally found in coffee beans, stimulates the central nervous system and has also been shown to elicit positive effects on long-term memory.

Is Coffee Good for the Gut?

Aside from its ability to improve focus, memory, and clarity upon consumption, the caffeine within coffee is also associated with several beneficial effects on the immune system. For example, mouse models have shown caffeine to reduce the levels of various inflammatory cytokines including interleukin 6 (IL-6), IL-3, IL-13, and reactive oxygen species (ROS). Similar effects have been observed in obese rats consuming caffeine, which was found to suppress the release of tumor necrosis factor α (TNFα), IL-6, and monocyte chemoattractant protein 1 (MCP-1).

Black coffee and, to a greater extent, green coffee are rich in chlorogenic acid (CGA), a polyphenol that plays a primary role in the antioxidant activity of coffee. More specifically, CGA and its isomers capture superoxide anions of hydroxyl radicals, thereby reducing the extent and subsequent impact of damaging oxidative processes. By preventing oxidation and supporting any antioxidant deficiencies within the body, CGA also supports the immune system against the dangerous effective of ROS and other reactive chemicals.

By definition,probiotics are live microorganisms that confer health benefits to the host when consumed in adequate amounts. Some of the primary health benefits associated with the consumption of probiotic species include enhanced immune and gut functions.

In particular, non-fermented probiotic coffee formulations have been successfully curated, all the while maintaining the viability of the probiotics against high temperatures normally encountered during the coffee brewing process.

In addition to caffeine and CGA, some of the other notable components of coffee that elicit various benefits to the immune system include kahweol, cafestol, and arabinogalactans.

Comparatively, within the acquired immune system, the caffeine content within coffee potentially suppresses the proliferation of Th1 and Th2 cells. As a result, coffee can reduce the damage caused by the release of cytokines due to overactive T- and B-cells.

The association between coffee consumption and the prevention of autoimmune diseases has been investigated in various types of studies. To this end, these studies have found that coffee intake can reduce the risk of Rheumatoid arthritis, autoimmune thyroid disease, diabetes, multiple sclerosis, psoriasis, autoimmune liver disease, inflammatory bowel disease, and systemic lupus erythematosus.

Over the past several years, various studies have demonstrated that the consumption of coffee has positive effects on the immune system. Nevertheless, daily caffeine intake should not exceed 400 mg/day in adults and 200 mg/day in pregnant and breastfeeding women.

After completing her Bachelor of Science in Toxicology with two minors in Spanish and Chemistry in 2016, Benedette continued her studies to complete her Master of Science in Toxicology in May of 2018.During graduate school, Benedette investigated the dermatotoxicity of mechlorethamine and bendamustine; two nitrogen mustard alkylating agents that are used in anticancer therapy.