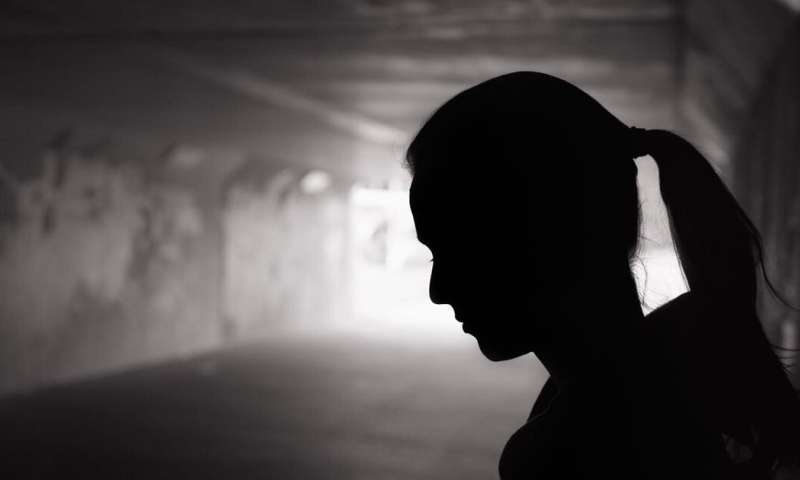 People often ask me what I do for a living. In the past, I would start with something vague, saying things like “I’m a researcher; I work at the university. I work with teenagers.” Inevitably, people wanted to know more. And then I told them, “Actually, I research why teenagers are dying by suicide.”

Reactions have included a shocked silence, stories of local suicide deaths, personal disclosures of struggles with suicidal thoughts and general unease. These days, I do not shy away from telling people what I study. And that is intentional. I try to raise awareness and reduce stigma around teen suicide by talking about it frequently.

Suicide is the second leading cause of death among youth between ages 10 and 24 in the United States and across the globe. Rates of suicide death have increased since 1999, particularly among teen girls. In fact, teens in the U.S. are more likely to die by suicide than by any other medical illness. Even more teens seriously consider suicide and make suicide attempts compared to those who die by suicide.

But, suicide is preventable. We just have to get better at predicting which teenagers are at risk and when.

Why do I study teen suicide?

My interest in suicide began long before I knew I was going to be a researcher.

I grew up in the rural South in a highly conservative Christian church. As in many churches, suicide was not discussed. Yet, many people in the congregation were likely only a few degrees of separation away from someone struggling with suicidal thoughts. I can remember attending the funeral of a teenager who had died by suicide. Even though I was a child, I felt different at that funeral than any other I would attend over the next several decades of my life.

As I progressed through my clinical and research training, I started seeing a common theme that was not addressed by research. In the moments of a suicidal crisis, many adolescents whom I work with in clinical settings describe feeling like their body and emotions are out of control and that nothing but suicide seems like an option to deal with it.

Imagine how a teenager must be feeling in the hours, minutes and seconds leading to a suicide attempt. Humans have highly sophisticated biological systems designed to help us regulate our emotions and behavior when we are facing intense stress. My colleagues and I have begun to see that these biological systems that control stress response systems may not be working optimally in teens who are at risk for suicide.

Why I believe clinical science can help

When humans experience acute interpersonal stress, like fighting with a spouse or the sudden loss of a close friend, our brain sends signals to various systems throughout our body to help us cope. This is our “fight-or-flight” response to stress. As teens begin puberty, their stress response systems become more reactive to stress compared to children and adults. Further, my lab has demonstrated that if we tell teen girls that a potential peer is not interested in meeting them, their amygdala and prefrontal cortex regions of their brain are more reactive to negative images. In other words, teens are more reactive to begin with, and stressful experiences make it even worse. This helps explain why adults frequently perceive teenagers as reactive and emotional. In part, they are correct.

But teens at risk for suicide may not respond to stress like their peers.

My lab is conducting a series of studies to investigate neural circuits that are linked with stress responses and that may increase risk for suicide. In one of our early studies, we found that teenagers who have a history of suicidal thoughts showed less activation in a key brain region that helps regulate emotions, called the dorsolateral prefrontal cortex, when they viewed negative images. In contrast, youth without a history of suicidal thoughts engaged this region automatically.

Other scientists have also shown that teenagers with histories of suicide attempts have greater activation in a brain region called the anterior cingulate cortex, which helps resolve conflict, when they view angry faces. This suggests that teens at risk for suicide may have a more difficult time making decisions in the context of negative social experiences. However, so far, it is unclear what causes these brain differences in teens at risk for suicide.

How teens react to stress

Although we have more work to do, I believe these alterations in brain activity may emerge as a biomarker—that is, an objective measure—of abnormal stress responses that increase risk for suicide. If stress systems are not being efficiently engaged to help cope, a teen facing intense stress might perceive no other solution than suicide.

If my lab and others continue to replicate these findings, then we may be able to eventually predict with greater accuracy which teens are most at risk for future suicidal thoughts and behavior. That will give physicians and behavioral health providers greater ability to target prevention and intervention efforts to address objective markers of suicide risk. This may seem like a long shot, but continuing to investigate the same set of risk factors has not improved our prediction of suicidal thoughts and behaviors over the past several decades.

I believe that clinical science can help us better understand how a teen’s biology makes them more vulnerable to stress compared to their peers. I am excited about future research that combines biological tools, like neuroimaging, with daily monitoring of suicide risk through cellphones and wearable technology, like Fitbits. For example, a future study might first conduct laboratory assessments with adolescents in the lab to measure stress responses and then monitor their behavior in real time with wearable technology to establish person-specific risk patterns.