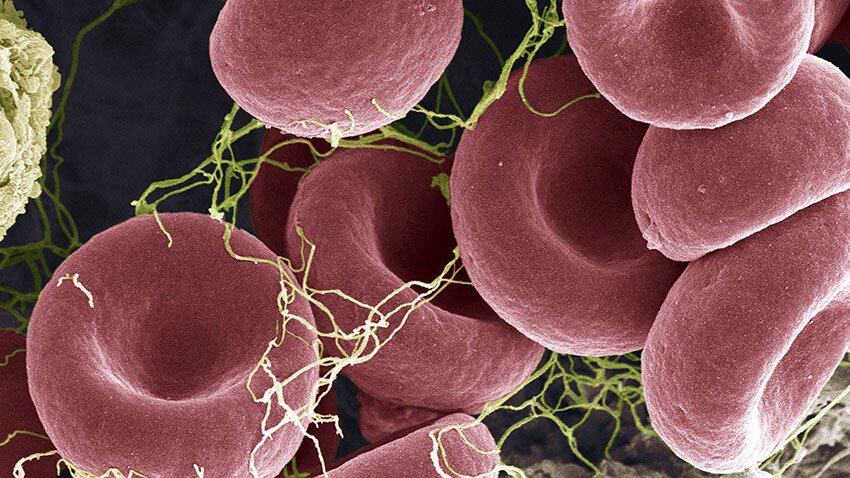 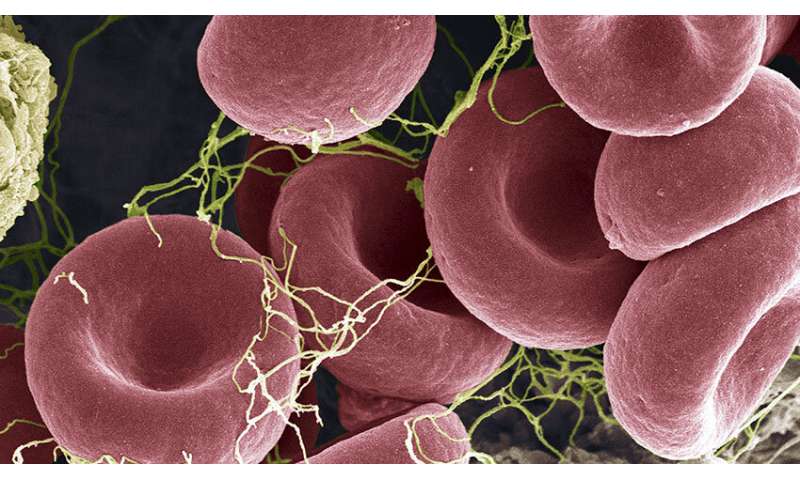 For men and women affected with antiphospholipid syndrome (APS), blood thinners are the main treatment option.

“Unfortunately, treatment with blood thinners does not prevent all cases of blood clotting in APS,” says Jason Knight, M.D., Ph.D., an assistant professor of rheumatology at Michigan Medicine. APS is an autoimmune condition characterized by blood clots in both genders and pregnancy loss in women.

“And those blood thinners do very little to impact the neurologic, hematologic and cardiac complications that regularly affect patients with the condition,” he adds.

Knight’s lab is currently pursuing the idea that anti-inflammatory treatment might provide a more targeted way to treat APS and give patients better control of the condition with fewer side effects.

“Specifically, we have been interested in the role that neutrophils, the most abundant white blood cells in circulation within the body, play in APS,” Knight says. “We’ve had prior studies demonstrate that neutrophils release sticky, spider web-like structures called neutrophil extracellular traps, also called NETs, that trigger the blood to clot in patients with APS.”

Now, Knight and team are building upon that prior work in a new study, published in Nature Communications, that investigated two drugs and their effects on NETs in mice with APS.

“We explored a new strategy for inhibiting those neutrophils, using experimental drug CGS21680 and an approved drug called dipyridamole,” says Knight, senior author of the study.

Using mouse models with APS, the research team first administered CGS21680 and found that it reduced the levels of NETs in their blood.

“The drug works by activating adenosine receptors on the neutrophil surface,” says Ramadan Ali, Ph.D., a member of Knight’s lab and lead author of the study. “Adenosine is best known for its role in energy metabolism, but also has anti-inflammatory effects when released outside of cells. This appears to be a natural pathway for turning off inflammation.”

The research team observed that the drug also dramatically reduced the tendency of the mice to form blood clots in large veins.

“Testing this specific drug allowed us to show that activation of adenosine receptors is an effective strategy for preventing NET release in APS, and potentially other contexts as well,” Ali says. “We also found that the adenosine-receptor pathway can be exploited to prevent the formation of blood clots.”

Because CGS21680 is not approved for use in humans, the research team also decided to test the stroke drug dipyridamole, which has been shown previously to activate adenosine receptors.

“It was very gratifying to see that dipyridamole copied the results of the experimental drug that we began the study with,” Ali says. “It reduced both NET release and the tendency of the mice with APS to form clots.”

Translating from bench to bedside

While all of the work was preclinical, the research team believes it could be translated to patients with APS.

“This is what’s exciting,” Knight says. “We have identified a pathway here that is already influenced by a number of drugs approved for use in humans. Beyond dipyridamole, drugs like apremilast, used in patients with psoriasis and psoriatic arthritis, and methotrexate, used to treat rheumatoid arthritis and certain types of cancer, can also modulate adenosine-receptor signaling.”

He adds, “Translating these findings to a clinical trial in patients could therefore be very straightforward.”

Based on their findings, the research team plans to move forward with a pilot clinical trial in patients with APS.