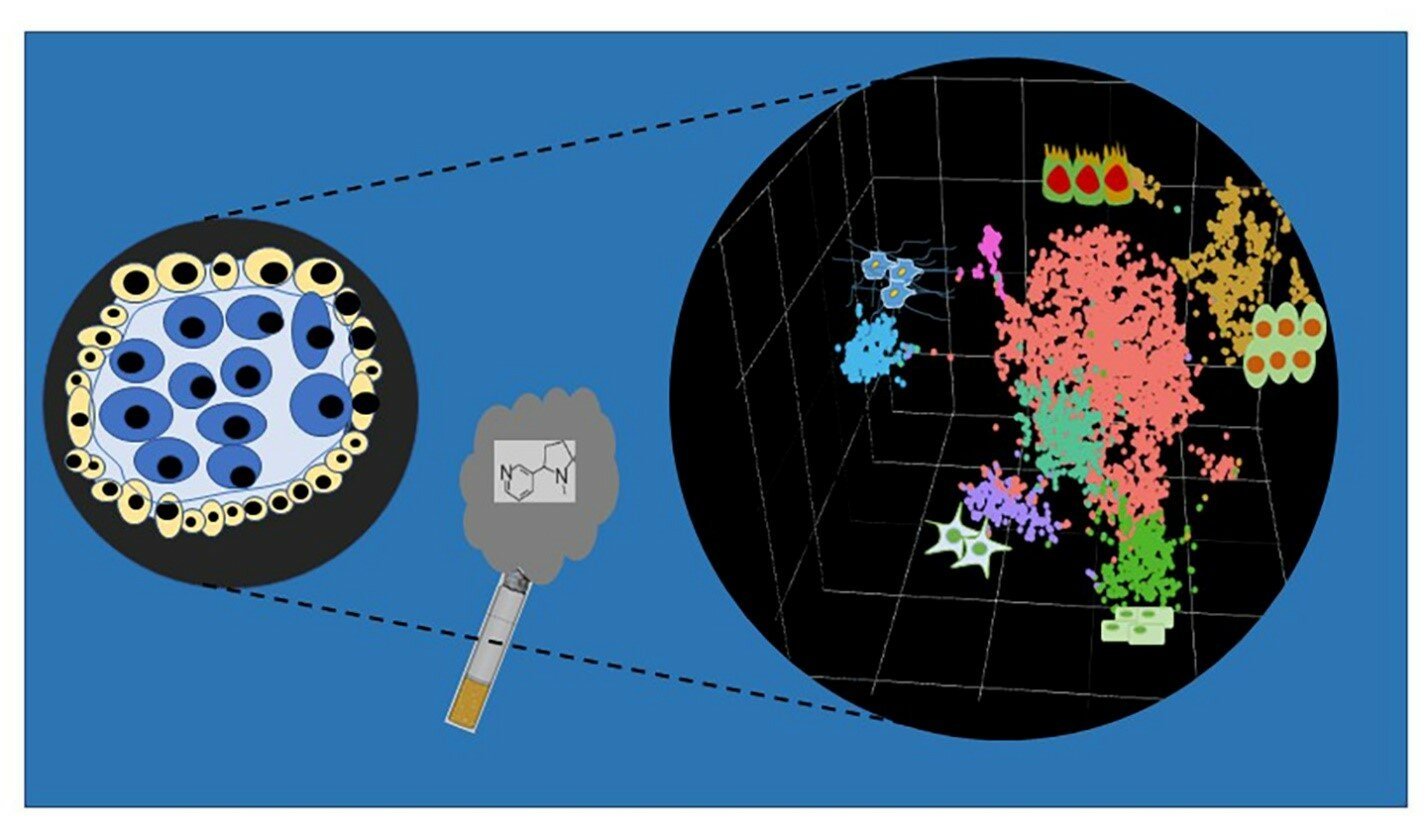 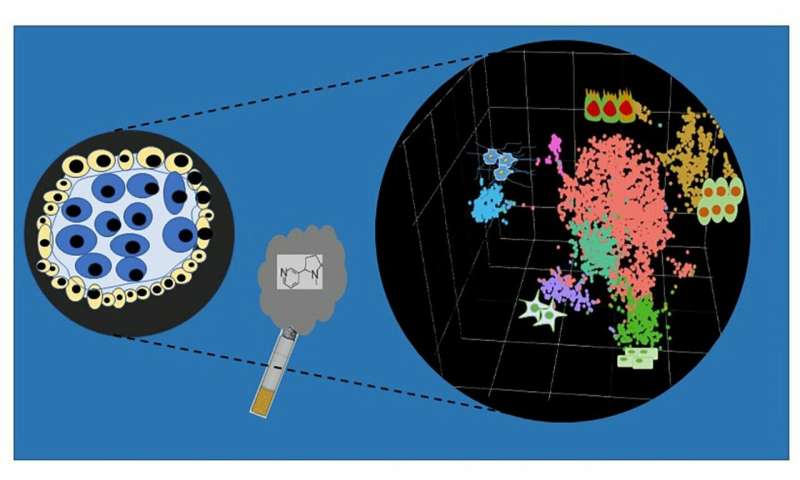 The authors say this stem-cell model offers new insights into the effects of nicotine on individual organs and cells within the developing fetus and can be used to optimize drug and environmental toxicity screening.

“These results are especially important in that they provide a scientific basis for educating the public, especially young women, to keep away from smoking when they are pregnant or considering having a family,” says senior author Joseph C. Wu of the Stanford University School of Medicine. “Nicotine found in products such as tobacco, e-cigarettes, and nicotine gums may have wide-ranging, harmful effects on different organs of a developing embryo during pregnancy.”

Maternal smoking during pregnancy is an established risk factor for birth defects such as miscarriage, growth restriction, and premature birth. It is closely associated with long-term adverse neurobehavioral, cardiovascular, respiratory, endocrine, and metabolic outcomes in offspring. Nicotine, the main chemical constituent of tobacco smoking, is primarily responsible for the elevated risk. Unfortunately, the introduction and spread of new tobacco products containing nicotine, such as e-cigarettes, is reversing recent progress toward the reduction of tobacco use.

A large body of research has elucidated the negative effects of nicotine in animals, mainly in rodent models. Animal studies have demonstrated that nicotine exposure during pregnancy has detrimental effects on fetal development. But due to interspecies differences, it remains questionable whether this research can be translated to humans. While other studies have examined nicotine toxicity using human cells through bulk RNA-sequencing analysis, these conventional studies did not allow researchers to investigate effects at the single-cell level. As a result, the effects of nicotine on human embryonic development and the underlying molecular mechanisms remain poorly understood.

To address these limitations, Wu and his collaborators used single-cell RNA sequencing to analyze the effects of 21 days of nicotine exposure on the transcriptomes of a total of 12,500 cells generated from hESC-derived embryoid bodies, which are 3-D aggregates of different types of pluripotent cells that give rise to the brain, heart, liver, blood vessels, muscles, and other organs. They found that cell survival decreased, suggesting that nicotine can affect embryo development as early as the preimplantation stage.

Nicotine exposure also decreased the size of the embryoid bodies, increased the level of damaging molecules called reactive oxygen species, and resulted in the aberrant formation and differentiation of the embryoid bodies. Moreover, nicotine exposure altered cell cycling in a broad range of progenitor cells differentiated from hESCs and caused dysregulated cell-to-cell communication, another adverse effect that has not been well studied.

“This is important because we know that smoking and nicotine have been shown to increase the pathological risk in endocrine, reproductive, respiratory, cardiovascular, and neurologic systems that rely on intricate and dynamic interactions amongst multiple cell types for homeostasis and function,” Wu says.

“A major implication of our study is that we now have validated a new method for evaluating the effect of drugs and environmental toxicity on human embryonic development,” Wu says. “But one major limitation is that we are not able to recapitulate the whole-body physiology of a pregnant woman using differentiation of hESCs into embryoid bodies. For example, the influence of exercise, stress, food, or hormonal changes are not captured in this model.”