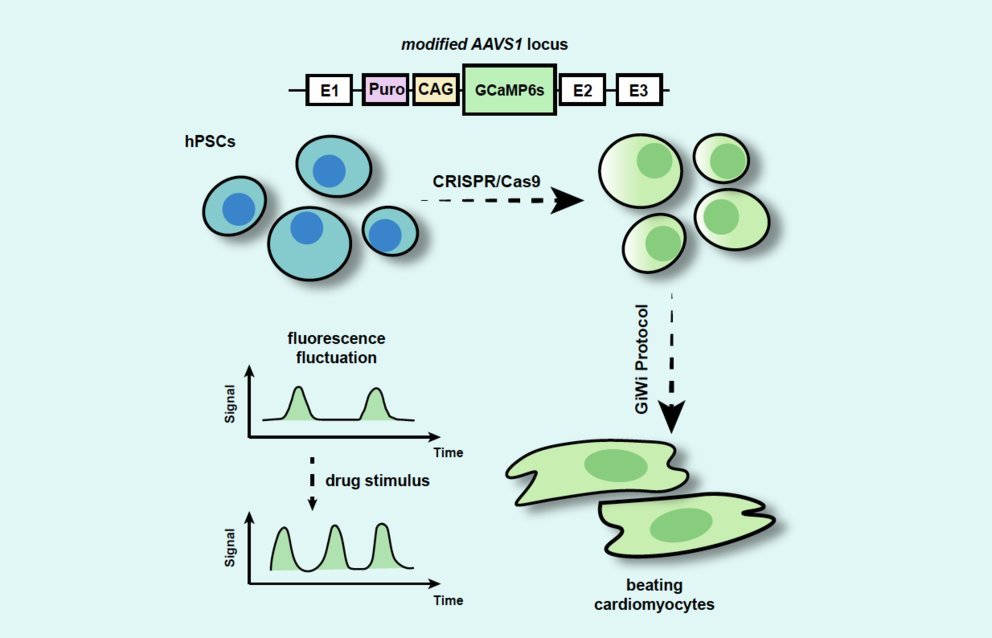 A faster, more cost-efficient, and more accurate method of examining the effectiveness of human pluripotent stem-cell-derived cardiac muscle cells has been discovered, according to researchers from Penn State.

The goal is to use these cells to treat cardiac conditions, but first the researchers must determine the cell’s functionality through characterization, which involves examining how well the cells were modified, and whether or not they are mature, functioning CMs. One clear sign that the cells are functioning is if they are beating, because CMs beat like a heart does. Current methods for determining functionality include using a force transducer, which studies the mechanics of a single muscle cell, and using calcium imaging. However, there are issues with these methods.

“CMs derived from hPSCs hold tremendous promise for cell-based therapies for heart diseases,” said Xiaojun Lance Lian, assistant professor of biomedical engineering and primary investigator on the project. “Nevertheless, current methods for CM characterization cause undesirable impacts on the cells’ functionality and are expensive and time-consuming.”

To combat these issues, Lian and his colleagues developed a process that is non-invasive and less likely to aversely effect the CMs functionality. The researchers used CRISPR-Cas9, a genome-editing tool, to generate a calcium-indicating reporter stem cell line, which is a type of stem cell line that is more easily analyzed for CM functionality than other stem cell lines.

To create this stem cell line, prior to the stem cell differentiation into CMs, the researchers used CRISPR-Cas9 to insert a calcium indicator protein called GCaMP6s into the stem cells. The GCaMP6 protein enables the stems cells to be modified into CMs that can be directly characterized by fluorescence intensity. The intensity of the fluorescence correlates with mechanical strain detected by a video microscope analysis. This analysis shows the cells’ responses to cardiac drugs.

“Our system is well-established, cost-effective and very sensitive, so it is a more advanced method of CM characterization,” Yuqian Jiang, doctoral student in biomedical engineering. “Since it is non-invasive, it is also much better for the CMs and their functionality.”

And because of the many benefits of the system, the process can further contribute to improved disease modeling and drug screening for treating cardiac diseases, Lian said.

Looking ahead, the researchers want to construct an “on switch” for the GCaMP6s protein by adding doxycycline, which will activate a switcher protein known as Tet-On.

The research team is also exploring the use of this particular GCaMP6s-enhanced stem cell line for other research.

“We can also use this stem cell line for imaging other lineages, like neurons and astrocytes,” Jiang said.