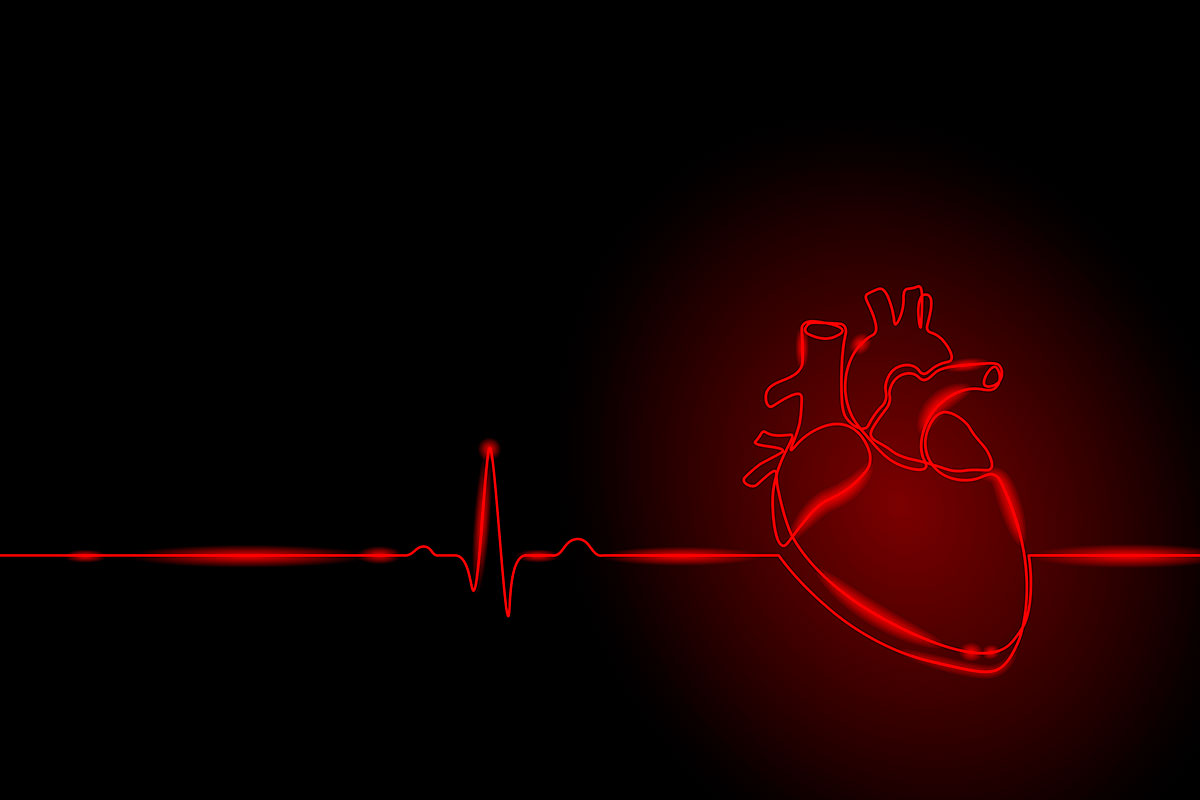 New research from Washington University School of Medicine in St. Louis suggests that radiation therapy can reprogram heart muscle cells to what appears to be a younger state, fixing electrical problems that cause a life-threatening arrhythmia without the need for a long-used, invasive procedure.

In that invasive procedure — catheter ablation — a catheter is threaded into the heart, and the tissue that triggers the life-threatening irregular heart rhythm — ventricular tachycardia — is burned, creating scars that block the errant signals. The new study, however, shows that noninvasive radiation therapy normally used to treat cancer can reprogram the heart muscle cells to a younger and perhaps healthier state, fixing the electrical problem in the cells themselves without needing scar tissue to block the overactive circuits. The study also suggests that the same cellular reprogramming effect could be achieved with lower doses of radiation, opening the door to the possibility of wider uses for radiation therapy in different types of cardiac arrhythmias.

The study appears Sept. 24 in the journal Nature Communications.

Physician-scientists at Washington University showed in 2017 that radiation therapy typically reserved for cancer treatment could be directed at the heart to treat ventricular tachycardia.

In theory, radiation therapy could reproduce the scar tissue usually created through catheter ablation but with a much shorter and totally noninvasive procedure, making the treatment available to more severely ill patients. Surprisingly, the doctors found that patients experienced large improvements in their arrhythmias a few days to weeks after radiation therapy, much quicker than the months it can take scar tissue to form after radiation therapy, suggesting that a single dose of radiation reduces the arrhythmia without forming scar tissue. The data indicated that radiation treatment worked just as well, if not better, than catheter ablation for certain patients with ventricular tachycardia but in a different and unknown way.

“Traditionally, catheter ablation creates scar tissue to block the electrical circuits that are causing ventricular tachycardia,” said senior author and cardiologist Stacey L. Rentschler, MD, PhD, an associate professor of medicine, of developmental biology and of biomedical engineering. “To help us understand whether the same thing was happening with radiation therapy, some of the first patients to have this new treatment gave us permission to study their heart tissue — following heart transplantation or if they had passed away for another reason, for example. We saw that scar tissue alone could not explain the remarkable clinical effects, suggesting that radiation improves the arrhythmia in some other way, so we delved into the details of that.”

The scientists found that radiation treatment triggered heart muscle cells to begin expressing different genes. They measured increased activity in a signaling pathway called Notch, which is known for its vital role in early development, including in forming the heart’s electrical conduction system.

Notch is usually switched off in adult heart muscle cells. But the researchers found that a single dose of radiation temporarily activates Notch signaling, leading to a long-term increase in sodium ion channels in the heart muscle, a key physiologic change that can reduce arrhythmias.

“Arrhythmias are associated with slow electrical conduction speeds,” Rentschler said. “Radiation therapy seems to kick up the speed faster by activating early developmental pathways that revert the heart tissue back into a healthier state.”

The researchers studied these effects in mice and in donated human hearts. In the human heart samples, the researchers found that these changes in heart muscle cells were only present in areas of the heart that received the targeted radiation dose.

“Radiation does cause a type of injury, but it’s different from catheter ablation,” said co-author and radiation oncologist Julie K. Schwarz, MD, PhD, a professor of radiation oncology and director of the Cancer Biology Division in the Department of Radiation Oncology. “As part of the body’s response to that injury, cells in the injured portion of the heart appear to turn on some of these early developmental programs to repair themselves. It’s important to understand how this works because, with that knowledge, we can improve the way we’re treating these patients and then apply it to other diseases.”

The researchers also found that the beneficial effects of radiation continued for at least two years in surviving patients. And importantly, they were able to demonstrate in mice that a lower dose of the radiation produced the same effect. A lower radiation dose could minimize long-term side effects and open the door to this type of treatment in other types of heart arrhythmias. And while Notch was a big player in these effects, Schwarz said it’s not the only pathway involved. The researchers are continuing to investigate how radiation triggers heart cells to revert to a healthier state.

Added first author David M. Zhang, an MD/PhD student in Rentschler’s lab: “This was an exciting collaboration not only between basic scientists and clinicians but also cardiologists and radiation oncologists. Historically, radiation oncologists are focused on cancer and try to avoid irradiating the heart, so this study opens up a whole new area of research and collaboration between these two fields.”