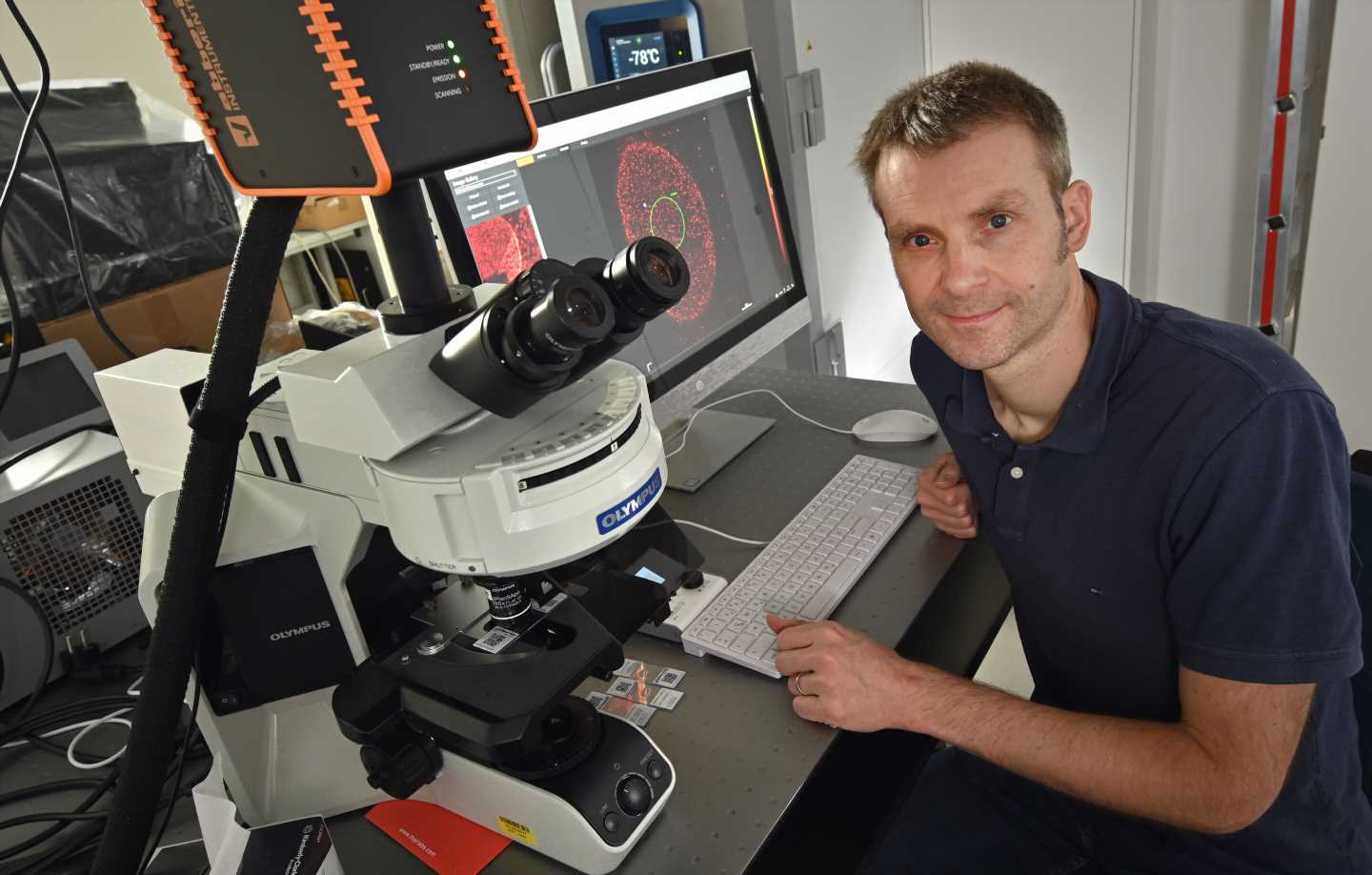 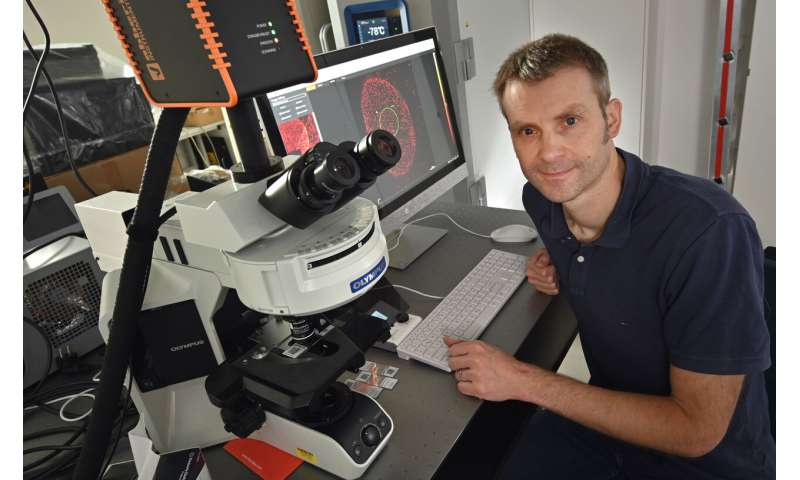 In order to treat diseases, researchers must understand how they arise. A European research team led by Prof. Christian Eggeling from the Friedrich Schiller University Jena, the Leibniz Institute of Photonic Technology (Leibniz IPHT), and the University of Oxford has now used high-resolution imaging to make visible to the millisecond how the HI virus spreads between living cells and which molecules it requires for this purpose. Using super-resolution STED fluorescence microscopy, the researchers provide direct proof for the first time that the AIDS pathogen creates a certain lipid environment for replication. “We have thus created a method for investigating how this multiplication can potentially be prevented,” says Eggeling. The research team published the results in the journal Science Advances on October 2, 2019.

Focus on the plasma membrane of the host cell

The researchers focused on the sluice in the plasma membrane of the host cell through which HIV emerges after having infected it. They used the protein Gag as a marker, which coordinates the processes involved in the maturation of the virus. “Where this protein accumulates, the decisive processes take place that lead to the virus releasing itself and infecting other cells,” explains Christian Eggeling.

In order to decipher these processes, the researchers examined the diffusion at this budding site of the virus particle. They found that only certain lipids interact with the human immunodeficiency virus. Although these lipids were already known in principle, the research team was able to prove this interaction directly in living and infected cells for the first time.

Point of attack to prevent the virus from multiplying

“This provides us with a potential target for antiviral drugs,” says Christian Eggeling. “Knowing which molecules the HI virus needs in order to leave the cell and multiply is a crucial prerequisite for investigating how this can be prevented. With our technology, we can now follow this directly.” Eggeling and his team now want to develop antibodies that attack these molecules, and thus suppress the spread of the virus.

“We not only want to study these antibodies from a medical point of view, but also to find out how their biophysical interaction can be used to enhance their efficacy,” says Eggeling, describing his research program. “For this purpose, we analyze biological processes—namely the interaction of cells and molecules—with the aid of physical parameters such as diffusion.” About a year ago, the physicist moved from Oxford to Jena. In addition to his professorship for superresolution microscopy at the university, he heads the Biophysical Imaging research department at Leibniz IPHT. He also leads his research group at the MRC Human Immunology Unit and at the Wolfson Imaging Centre of the Weatherall Institute of Molecular Medicine at Oxford University.

Eggeling combines spatial superresolution fluorescence microscopy techniques with methods that enable the movement of labeled molecules to be tracked in real time in order to understand how diseases develop at the molecular level. This enables him and his team of researchers to investigate individual molecules spatially and temporally in living cells—for example, in cell membranes. “This enables us to reveal cellular mechanisms at the molecular level that are far too fast for previous investigation methods and run on spatial scales that are far too small.”

The mounting spread of...